Add
India’s fresh fruit and vegetable business has been booming in recent times. Per capita consumption has increased by 15-25%; orange imports have tripled and apple imports doubled. Kiwifruit, pear, avocado, cherries and blueberries also recorded steady growth in 2021. To support this rising sector, the Media Today Group held the 4th Fresh India Show in Delhi at the start of June.
Thu 08/09/2022 by by Natalia Bammatova 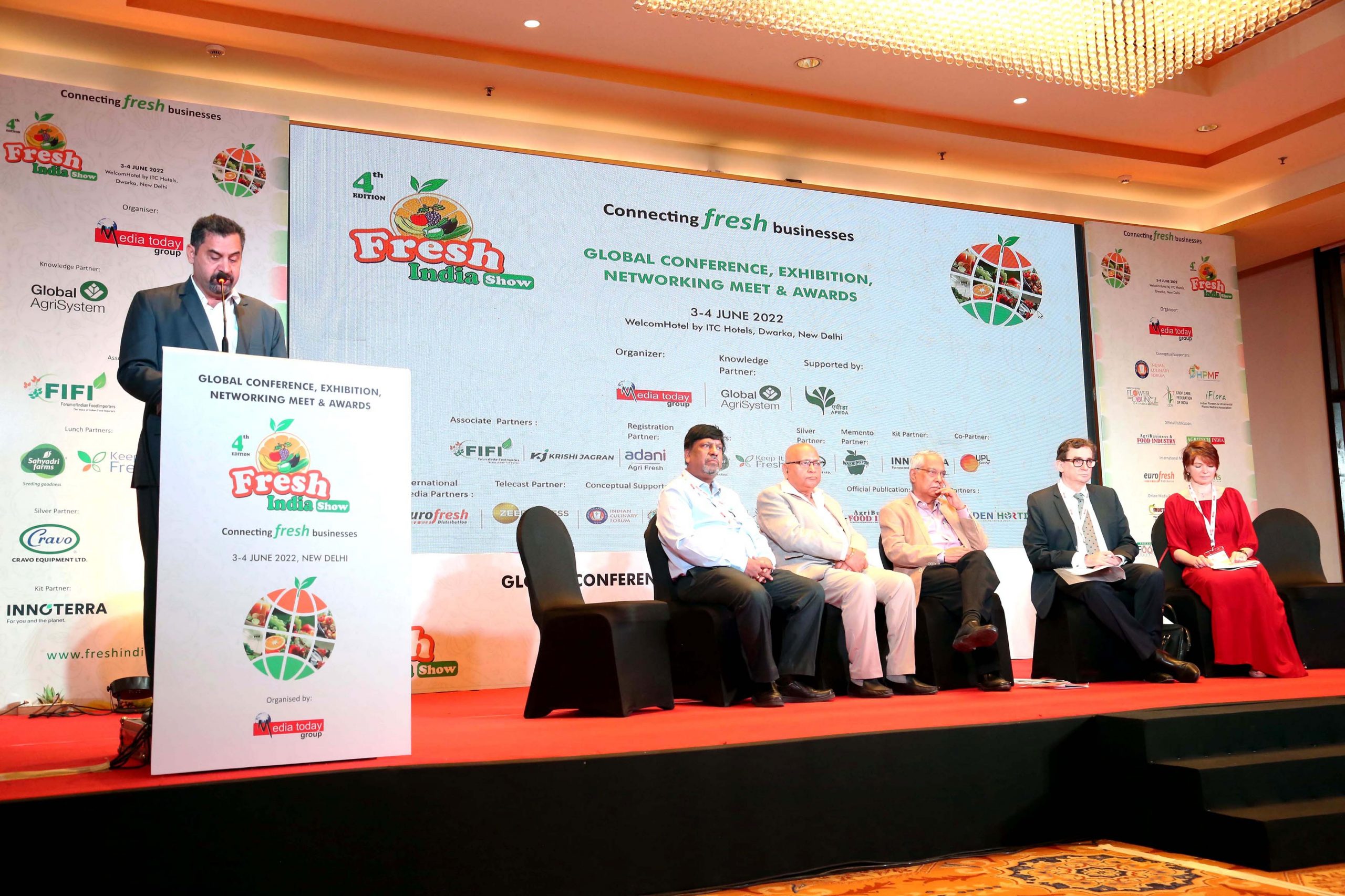 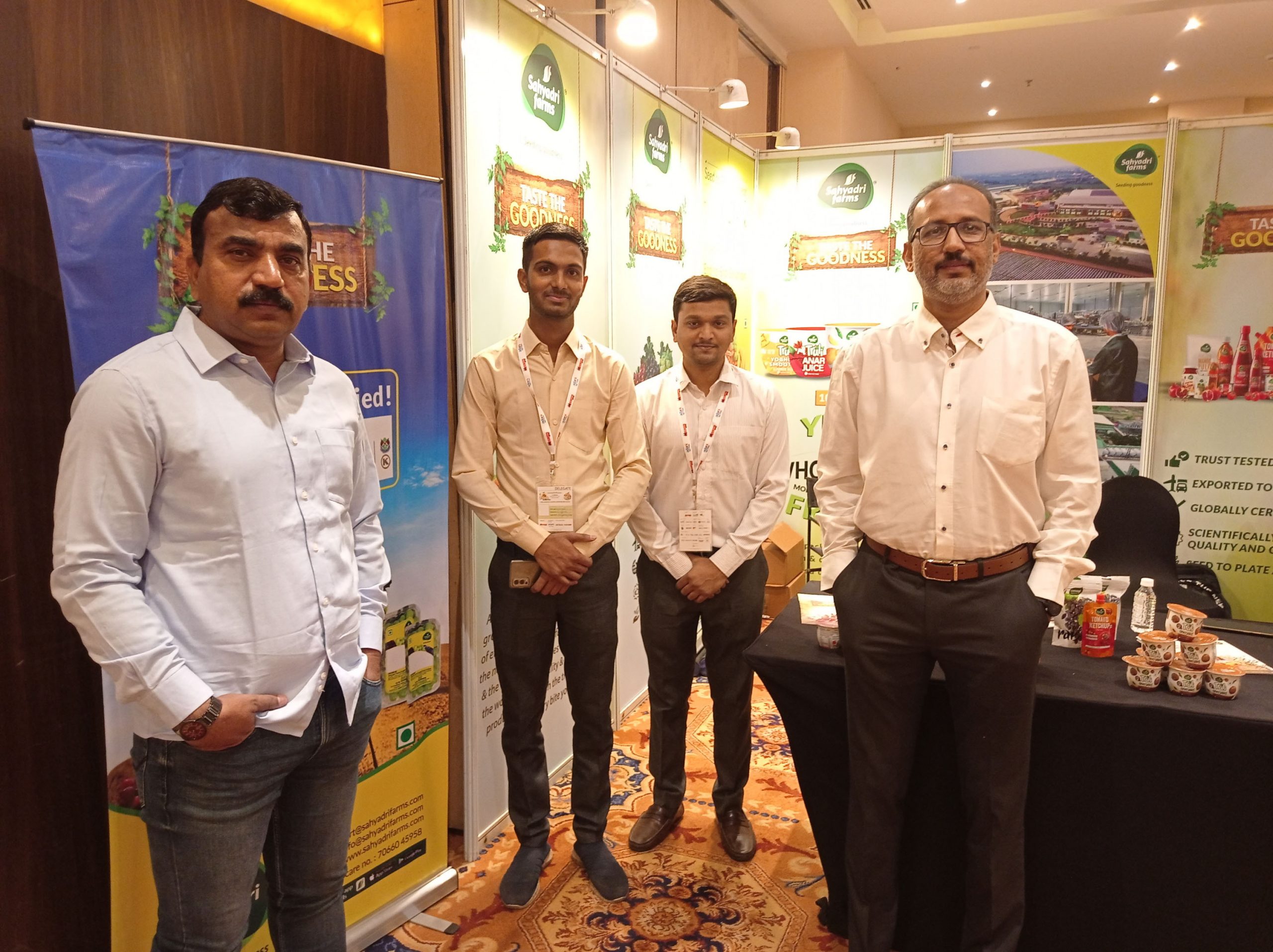 On the left, V.S. Hinde, CEO of Sahyadri Farmers Producer Co Ltd. On the right, A. Tambuwala, director 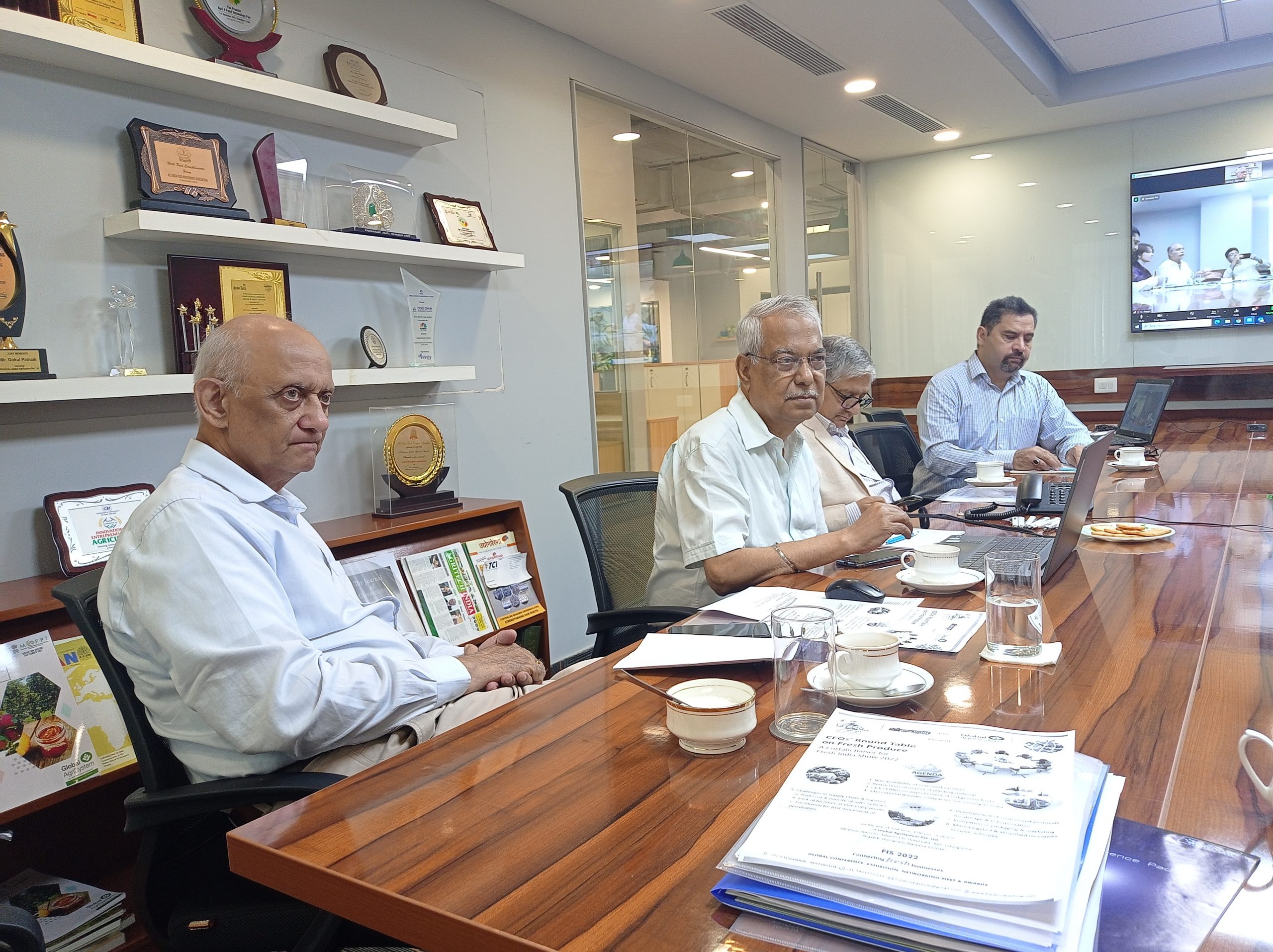 On the eve of the event, a round table was organised by the Media Today Group and Global AgriSystem Pvt., where the sector’s most burning issues were discussed and the prospects for overcoming the challenges were laid out. Restrictions on imports of planting material and supply chain and logistics challenges were among the topics discussed by industry experts, who called for a more sophisticated approach. The suggestions put forward during the round table will be submitted to Indian government officials.

One of the speakers at the conference was U.K. Vats, general manager of APEDA, an export promotion organisation, who shared his insights into the Indian fruit market. According to data from the National Horticulture Board, India produced 99.1 million tons of fruits and 191.7 million tons of vegetables last year, with total exports amounting to 2.8 million tons, worth US$1.32 billion. Bangladesh, the UAE and Nepal are now the major export destinations for India’s fresh produce exporters, followed by the Netherlands (for fruit) and Malaysia (for vegetables). Grapes are by far India’s largest fruit export (46%), while its pomegranates, bananas and mangoes are also popular overseas (15%, 14% and 9% respectively). There is a similar situation with vegetables, where onions account for the lion’s share of exports (53%). This data shows that there is still huge potential for other produce categories, such as mangoes, pomegranates, dragon fruit, pineapple, chili pepper, and others.

“Our event is a platform for expanding your business connections and helping you stay ahead in the Indian market,” said S. Jafar Naqvi, chief coordinator & editor of the Media Today Group.

Sahyadri Farmers Producer Company Ltd is an Indian farmers cooperative demonstrating that sustainable agriculture is achievable in a country of small-landholding farmers. Vilas Shinde, the cooperative’s chairman, recounted the organisation’s success story. In the early 2000s, a decision was taken to organise self-sufficient rural communities and supply safe and healthy food to urban customers. It has grown into India’s largest grape exporter (1,600 tons annually) and its leading tomato grower and processor (55,000 tons). But it also grows other fruit. “We have united 15,000 farmers, each of whom cultivates one hectare of land,” said Shinde. “From our point of view, farmers are the fundamental part of the agriculture chain; therefore, we spare no efforts in educating them, introducing the most advanced practices and providing facilities with cutting-edge equipment. Our produce undergoes the strictest testing, and we supply it to customers in 42 countries.”