Based on the initial results of the 2015 crop forecast survey conducted by CSO, a significant drop in yields compared to 2014 is expected for the two main varieties grown […]
Mon 19/10/2015 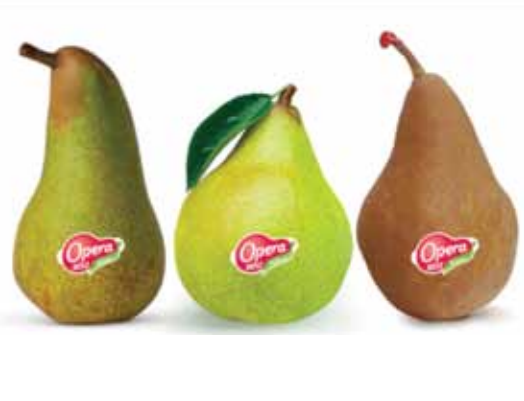 Based on the initial results of the 2015 crop forecast survey conducted by CSO, a significant drop in yields compared to 2014 is expected for the two main varieties grown in Italy: Abate Fetel and William. These two cultivars account on average for almost 70% of the national pear production and about 75% of the production of Emilia-Romagna, where almost 70% of the world’s pear crop is grown.

Current estimates in EmiliaRomagna show an Abate crop of little over 250,000 tons, almost 10% less than last year. For William pears the data for Emilia-Romagna indicate an availability of just over 100,000 tons, down by 5% on last year and 9% less than the average in recent years. For other minor varieties, after a year of exceptional production in 2014, production is expected to be closer to the norm.

“Baseline data show an okay total production today but it should be noted that some summer varieties already being harvested could lead to the final figures being revised downwards. In the coming days there will be updates of the CSO forecast based on the early product crops,” said Gianni Amidei, president of O.I. Pera.

This year seems to be one of recovery for the Emilia-Romagna pear sector. After a terrible fall in prices last season, this year it seems they are returning to 2013 levels. At least, this is the impression of the OPERA Consortium, the brand new organisation that brings together some of the leading pear growers in the Po Valley, at the beginning of the season which has just started.

“The first significant variety is Williams, where the harvest is already over,” explained the consortium’s general manager, Luca Granata, “and we can say that the price is slightly better than last year, but too low to be taken as a model. Let’s say that prices have returned to comparable levels to those of two years ago. The volume is in line with expectations, about 208,000- 210,000 tons, i.e. slightly less than that of last season.”

In addition, the record heat of July, which affected all of Italy, had a big impact on the characteristics of the pears. They will have very good aesthetic qualities in the medium sizes thanks to the almost total absence of damage, after the strong hail of September. “The high temperatures of the summer months led to two effects: the average is at least one size smaller and the strong transpiration caused by hot weather has increased the dry matter concentration, giving the fruit a higher sugar content. Its appearance is also good, thanks to the almost total absence of hail damage,” Granata said.

The pear sector has recently been through some very difficult moments: “With about 737,000 tons, Italy is the second largest producer of pears, behind China and ahead of the US, a unique heritage that is not protected as it should be,” Granata said. “Suffice to say that every year, for over 10 years consecutively, the acreage has fallen by 2% due to the crop not being sufficiently profitable for the growers. And each acre lost is 1.5 jobs less on the farms and 0.5 jobs less in the warehouses.

From 1990 to today, in the province of Ferrara alone, the orchard surface area has fallen by about 15,000 acres and the jobs lost have been about 30,000. But no one is talking about it.” Set up at the end of June 2015, OPERA is now the largest Italian cooperative to specialise in the production of pears, with over 1,000 grower members and 18 member companies cultivating an area of 7,527 ha that produces more than 200,000 tons of nine different varieties of pear, sold throughout Italy and in 40 countries around the world.

Category: Uncategorized
Tags: CSO, Emilia-Romagna, Opera Consortium, pears
We use cookies on our website to give you the most relevant experience by remembering your preferences and repeat visits. By clicking “Accept All”, you consent to the use of ALL the cookies. However, you may visit "Cookie Settings" to provide a controlled consent.
Cookie SettingsAccept All
Manage consent