Tired of onion skin making a mess?  First came the onions that are sweet and even tear–free (Evermild) and now there’s a new kid on the block. But this time […]
Fri 27/02/2015 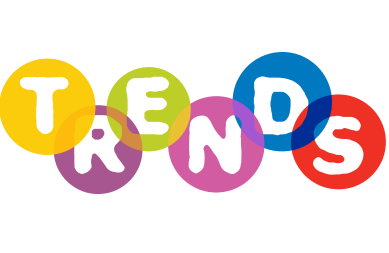 Tired of onion skin making a mess?
First came the onions that are sweet and even tear–free (Evermild) and now there’s a new kid on the block. But this time the innovation is in the packaging. “Medallion sleeve pack onions” from America’s Owyhee Produce come in packs that limit mess from flaky onion skin, keeping things cleaner both in retail displays and at home.

Choose your cauliflower colour!
Ever seen green, purple or even orange cauliflower? It’s the latest food trend this year in Europe but it’s not really that new. The first “rainbow cauliflower” went on sale in 2008 and since then many improvements in taste, colour and texture have been made. For the record, the green colour is due to the presence of chlorophyll, the purple to the presence of pigments called anthocyans, and the orange comes from carotene.

Florette promotes its baby kale in the UK
Just the thing to help you kick off your New Year’s resolutions with a January health fix. Florette has launched a campaign to promote its baby kale in the UK. Baby kale is a tender little leaf with a sweet and delicate taste that can be cooked or eaten raw in a salad. A note for ‘amateur nutritionists’: this new variety is also being is being called a superfood thanks to its antioxidants benefits. “It’s a €4.2 million opportunity for the single leaf sector,” according to Florette commercial director Sandy Sewell.

Goji berry, on top of the diets
This fruit is “queen of the diets” in Brazil. Originally from southern Asia – China, Tibet and India – the goji berry lays claim to a long list of health benefits. Its concentration of vitamin C is as much as 50 times higher than the orange. Furthermore, the goji berry is also rich in vitamins B1, B2 and B6. As with other such food trends, it probably won’t be long before a wide assortment of juices and possibly even dairy products boast this healthy exotic fruit as an ingredient!

This article appeared on page 6 of edition 135 of Eurofresh Distribution magazine.

Category: Uncategorized
Tag: consumer trends
We use cookies on our website to give you the most relevant experience by remembering your preferences and repeat visits. By clicking “Accept All”, you consent to the use of ALL the cookies. However, you may visit "Cookie Settings" to provide a controlled consent.
Cookie SettingsAccept All
Manage consent