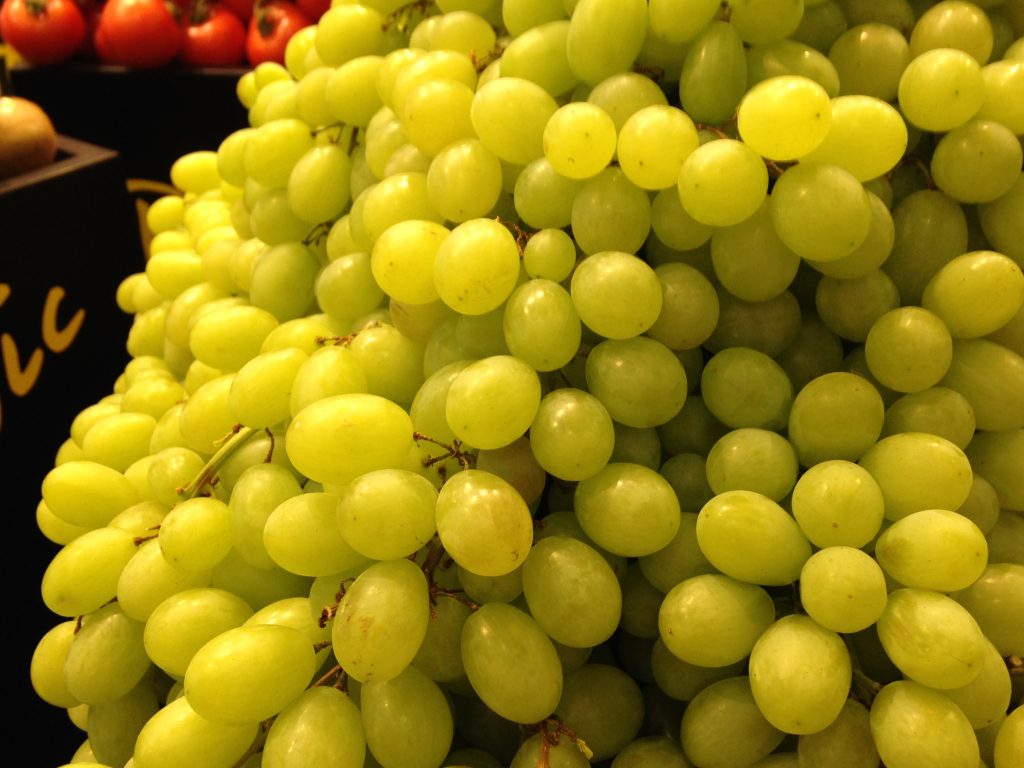 Despite Chinese imports jumping up 20% and US imports rising a more sedate 9%, world table grape imports should remain at just over 2.4 million tons in 2014/15. The small increase on last year’s global imports – less than 1% – will come as table grape production creeps up 2% to 20.6 million tons, according to USDA forecasting. Smaller crops in Turkey and the EU will be more than offset by an 11% gain to 9 million tons in China, where the grape area continues to expand, the USDA said.

Slip expected in US grape exports

Greater availability from top supplier Chile is linked to the projected rise in imports to 565,000 tons in the US, where table grape production is likely to drop 6% to 950,000 tons due to drought in California and hail. Due to flat demand in its top markets Canada and Mexico, exports from the US are headed down 4% to 400,000 tons, the USDA calculates. The EU’s imports are tipped to slide 5% to 540,000 tons and its exports, due in part to the Russian ban, to erode 15% to 130,000 tons. Production in the EU is expected to drop 16% to 1.6 million tons “as area continues to decline due to reduced profitability,” the USDA said. Imports by Russia are expected to ebb only slightly – 1.5% – to 385,000 tons as grapes from other suppliers largely offset those from banned countries. Russia’s grape crop should increase a tenth, to 81,000 tons.

Enduring strong demand for counter seasonal grapes lies behind China’s likely increase from 231,000 tons of table grape imports in 2013/14 to 280,000 this marketing year. That would mean the country’s grape imports have swollen nearly 260% since 2009/10, when it bought 78,000 tons of foreign grapes. The import tariff for Peru, currently China’s second biggest supplier, dropped to zero on January 1, the USDA noted. While the vast majority of Chinese-grown grapes will be consumed domestically, China’s exports are nevertheless also in line to increase, by 15% to 120,000 tons. After 2013/14’s frost, production in Chile is poised to rebound 14% to 1.2 million tons. The consequent rise of nearly 15% in Chilean exports, to 825,000 tons, is the main factor in an expected 3% increase in global exports this year. Peru’s production is forecast to increase again, by 8% to 540,000 tons as the industry continues to expand its overseas presence. Exports are forecast to increase 9% to 290,000 tons as shipments to all markets continue to expand. Hail and frost in the spring then heavy rains during bloom mean Turkey’s production will be cut 13%, to 1.9 million tons. The lower output and resulting price hikes will in turn provoke a 17% fall in its exports, to 170,000 tons, the USDA estimates. Global consumption of fresh table grapes is set to grow for the 5th consecutive year, going from just over 15.6 million tons in 2009/10 to nearly 20.2 million tons this year, which amounts to a gain of nearly 30%.

From edition 135 of Eurofresh Distribution magazine.

Category: Uncategorized
Tags: forecasts, table grapes, USDA
We use cookies on our website to give you the most relevant experience by remembering your preferences and repeat visits. By clicking “Accept All”, you consent to the use of ALL the cookies. However, you may visit "Cookie Settings" to provide a controlled consent.
Cookie SettingsAccept All
Manage consent