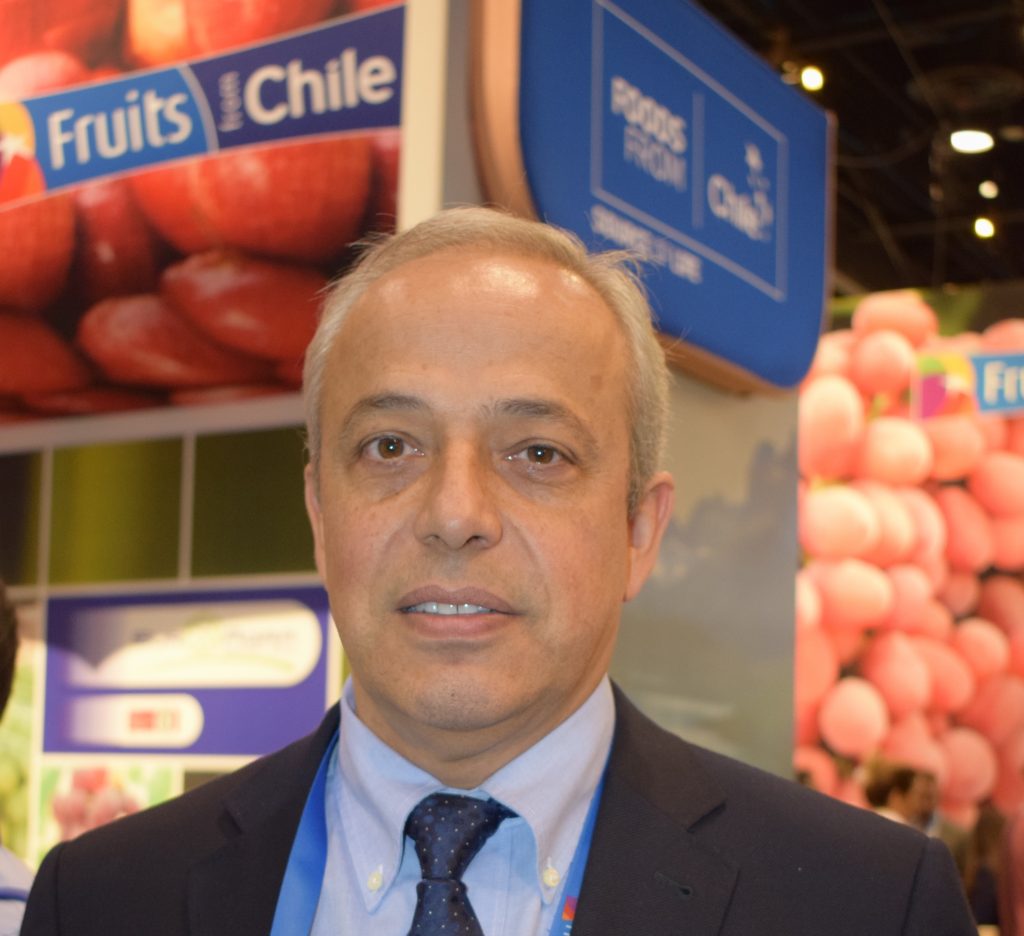 Exports during Chile’s 2016 kiwi campaign, which began a week late, are expected to slip to about 175,000 tons.

While weather has played a role in this slowdown, the difficult context that faced European producers last season also had an impact, especially in Italy and Greece, with their records of overproduction, small calibres, low prices and large volumes in storage until very late in the season.

All of this held back what is usually an early start by Chile in markets which are normally running low in stocks at the end of the Northern Hemisphere campaign.

As Europe had become a depressed market, Chile’s shipments there dropped from 45% to 38% its exporters turned to Asia for better prospects. India is a good example of why – the country used to take 800 tons but this year has imported a record 3,000 tons, equivalent to 240% growth.

Likewise, imports into China have risen 100%, from 11,000 to 22,000 tons. “Demand in China is growing and also its own crop. Its domestic production is supplemented by imports and that makes it a very attractive market for Chilean exporters.

The size of this market will increase insofar as the Chinese distribution system is able to absorb and mobilise both local production and imported produce, especially to its inland and more distant provinces,” said Chilean Kiwi Committee president Carlos Cruzat.

Chile is looking to expand its range of options and thus will continue to seek new alternatives in Asia.

As for Europe, it will maintain its presence there but to what degree will depend on the openings that the new European season starting at the end of 2016 brings, as early reports anticipate a significant drop in production – of about 15% – in that market.

“The world supply has increased in both volume and market reach, and the results will reflect the quality of the fruit and, of course, the costs,” Cruzat said.

Category: Uncategorized
Tags: Carlos Cruzat, Chile, Chilean kiwi, Chilean Kiwi Committee, ED146, kiwi exports to Asia, kiwifruit
We use cookies on our website to give you the most relevant experience by remembering your preferences and repeat visits. By clicking “Accept All”, you consent to the use of ALL the cookies. However, you may visit "Cookie Settings" to provide a controlled consent.
Cookie SettingsAccept All
Manage consent