Alimentaria Barcelona, Spain’s biannual food and drinks fair, is becoming more international. Organisers were delighted by this year’s figures of more than 140,000 attendees from 157 countries (16 more than […]
Thu 12/05/2016 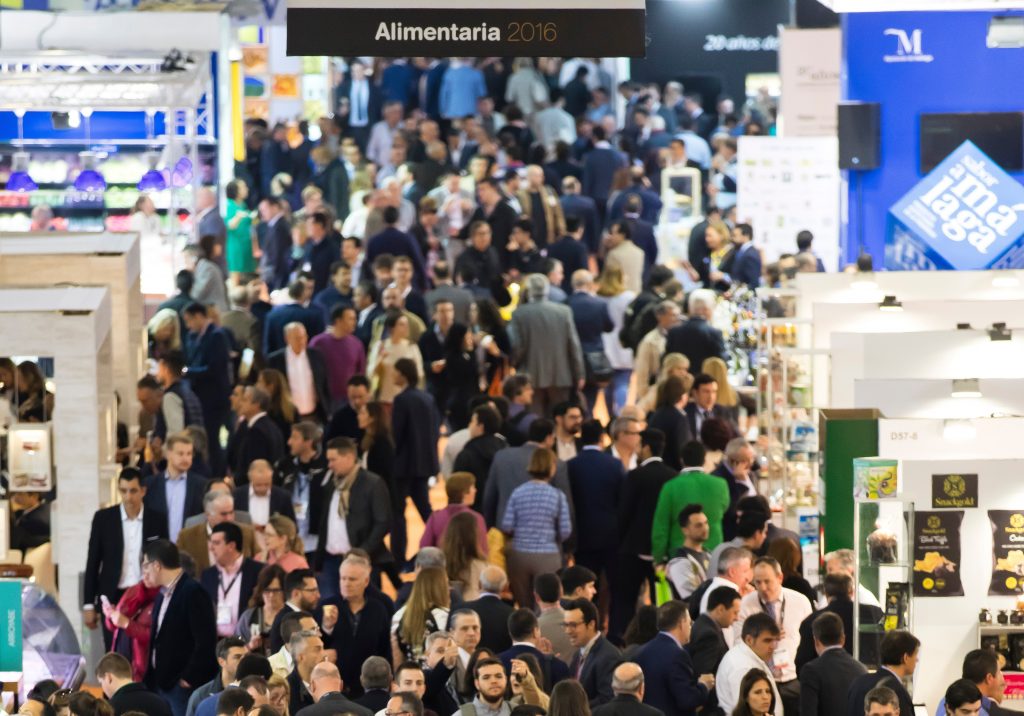 Alimentaria Barcelona, Spain’s biannual food and drinks fair, is becoming more international. Organisers were delighted by this year’s figures of more than 140,000 attendees from 157 countries (16 more than in 2014). The number of International buyers, importers and distributors increased by 62%.

Alimentaria has seen the injection of €170 millions in the city. In terms of offer, “Vintage” food recipes revamped, Vegan, health and nutrition supplements and superfood have been the main food trends in the 40th edition of the fair.

According to organisers FIAB (the Spanish Food and Drink Industry Federation), Spain is the world’s seventh largest exporter of food and drink and also one of the leaders in horticultural exports globally.

Offering both online and offline sales the key to the future

Also at Alimentaria, Mercabarna, Barcelona’s wholesale food hub, took the opportunity to present its second report about e-commerce and food. The goal of this initiative is to create awareness of e-commerce within Spain’s small and medium-sized food companies when it comes to sales strategy.

The future consumer will increasingly buy their produce online either for delivery to their doorstep, via new intermediaries (new food portals or using Amazon services, for instance), or collection at a traditional shop.

For the food business, sensorial and purchase experience will be key, as the consumer still wants to experience and touch the product before purchasing it. So it won’t be surprising to see an online shop to be present offline to boost the customer experience.

Today, food represents 2.2% of e-commerce in Spain and fresh produce 0.8% of the total online food spend, though just 13% of online shoppers buy their fresh produce online.

According to MAGRAMA (Spanish Ministry of Agriculture, Food and Environment), fruit and vegetables account for 17% of the total food spend by Spanish consumers. The average household spend on food and drink was €1,482 in 2014. At a macro level, Spanish spent €98 billion on food in 2014, 67.5% of which was consumed in the home and 32.2% involved eating out.

Category: Uncategorized
Tags: Alimentaria, Barcelona, CVA, ecommerce, events, fairs, Mercabarna, online sales
We use cookies on our website to give you the most relevant experience by remembering your preferences and repeat visits. By clicking “Accept All”, you consent to the use of ALL the cookies. However, you may visit "Cookie Settings" to provide a controlled consent.
Cookie SettingsAccept All
Manage consent