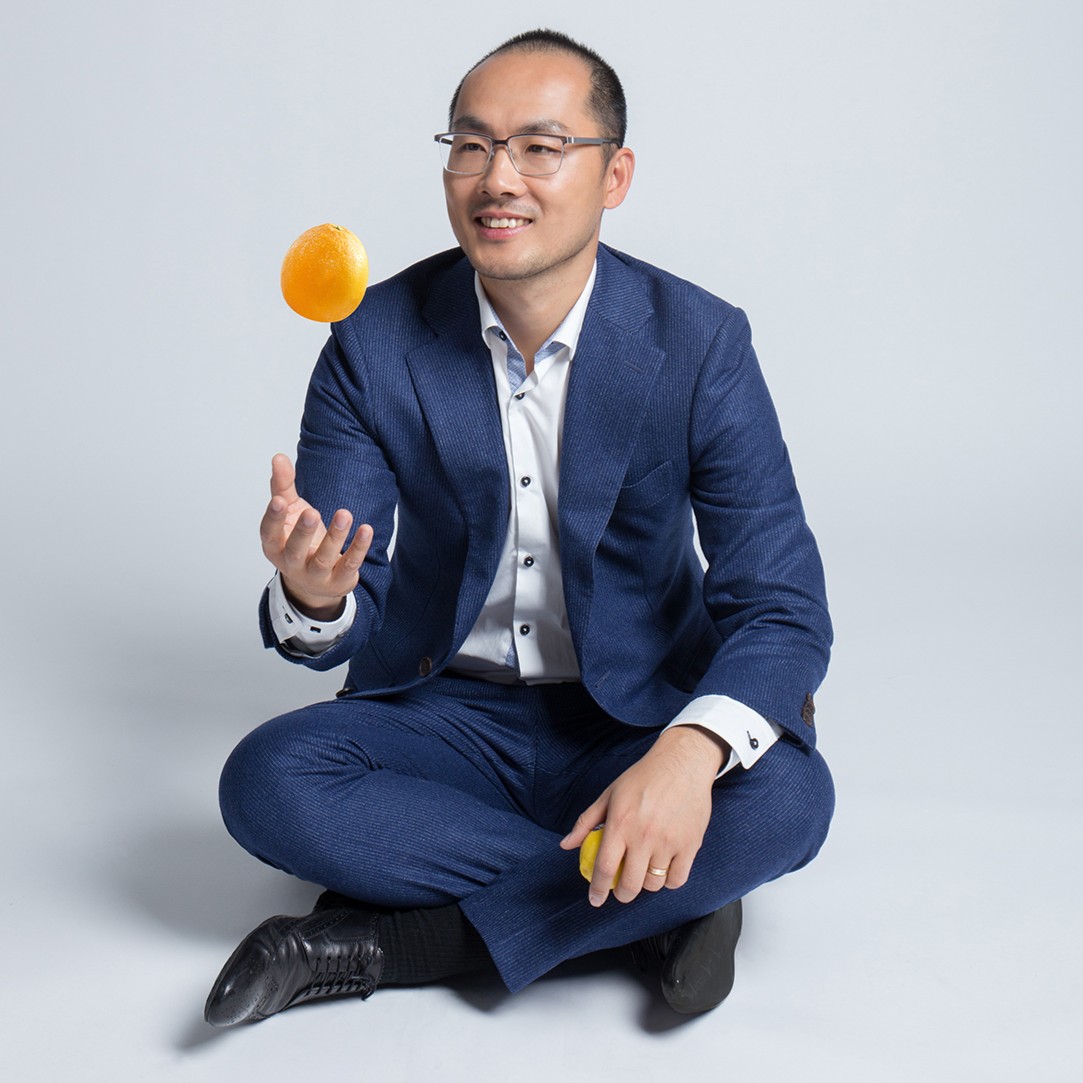 E-commerce’s exponential growth in China is highlighted by that of its top online fresh fruit retailer – the premium fruit specialist Fruitday – which last year doubled its 2013 turnover to 500 million Chinese yen (€74.6 million).

Fruitday began just six years ago in Shanghai and now has 4 million customers and covers more than 300 Chinese cities. It’s enjoying very strong growth but even so sees potential for much more. After all, explained Fruitday co-founder Loren Zhao, its own sales currently account for only about 5% of the total fresh produce market in China.

Speaking from Beijing, Zhao told ED that another interesting facet of Fruitday’s orders is they are increasingly being made via mobile devices. “About 70% of our daily sales revenue now comes from use of our mobile application,” he said. Peak times for orders used to be 9am, when people first went online in the morning, lunchtime, and then 7-8pm, when they came home. But now they are spread over 24 hours with people also ordering from the bus or subway.

Young people are the main customers

In the last decade, China has enjoyed the fastest e-commerce growth rate in the world. Fruitday’s customers are mainly young people who have become used to getting their fruit online “as long as we guarantee consistent and high quality fruit,” Zhao said. It’s not because they’re lazy or don’t have enough time, it’s because e-commerce became reliable and they trust it to deliver lower prices, higher quality, and safe food. Because parents are often buying fruit for their children, food safety is particularly important in China, he said.

Given food imported into China is already subject to a lot of checks and certification, Fruitday does not feel a need to enforce extra ones, but does guarantee that all its imported fresh fruit – which makes up 90% of the fresh fruit it sells – is imported officially, Zhao said.

How direct marketing makes it easy to manage the supply chain

Among the big pluses in e-commerce is businesses can closely tie their inventory planning and pre-sale marketing to end customers, something Zhao said is the case at Fruitday, which imports its fruit itself. “If we want to import 10 containers of oranges we make a marketing plan so that in one month we can sell all of them. We can easily target customers directly because we don’t rely on other distributors, wholesale markets or supermarkets.”

“But we do need to do a lot of market research and data analysis to ensure our plan is accurate,” he said. That’s very important because while Fruitday has invested a lot in hardware such as warehouse facilities, the reality is fruit – apart from produce such as apples and citrus – generally doesn’t stay fresh long, he noted.

Logistics is a challenge in China and something we “still need to improve,” Zhao said. In Shanghai and Beijing Fruitday has  its own logistics platform but in other cities cooperates with third parties.

Fruitday is a supplier of premium fruit and unlike the traditional market for fresh fruit and vegetables in China – where the most popular fruits are table grapes, bananas and apples – its biggest-selling fruits are cherries, kiwifruit and oranges, Zhao said. “Our main customers are people aged 30-35 with kids and they like to try new things.”

“Cherries are a new product in China and delicious but expensive in most cities, but through our web site people can easily get them at a lower price, which makes them very popular,” Zhao said, adding that it’s estimated that nearly 7% of cherries imported by China last year were sold by Fruitday.

As for kiwifruit, the entrepreneur said it’s popular for Chinese parents to give their children one every day, so sales are frequent. An estimated 11 million trays of Zespri kiwifruit from New Zealand were imported into China last year and Fruitday is believed to have sold about 650,000 of them – about 6% of the total.

Its oranges are sourced from around the world, including the Sunkist brand from California; from European growers such as in Spain, Egypt and Cyprus; and in the Southern Hemisphere from South Africa, Australia and New Zealand.

Also showing strong growth is the durian, a tropical fruit mainly imported from Thailand and Malaysia “and very popular in China now.” And lemon sales are growing, too, helped by the popularity in China of using it in tea.

Zhao said Fruitday has been lucky to be on the scene in the last 2-3 years as China expands the list of fruits that may be imported into the country, such as pears from New Zealand, the US and the Netherlands. Customers are now starting to accept the different taste of these pears, which – unlike the Asian pear predominantly grown in China and eaten when still tough and crisp – are eaten when ripe and soft.

On stone fruit, he said China does not allow much to be imported but the most popular is the plum, which so far may only be imported from Chile and from California. Zhao said this year China will also be open to stone fruit from Australia for the first time but he was not sure yet if only plums would be included or also nectarines, peaches or other stone fruit. ”We have a plan to promote that with Australian growers.”

As for watermelon, China already grows a lot but Fruitday is looking to also source from tropical countries such as Malaysia and Vietnam where the season starts sooner.

Main overseas suppliers: the US, New Zealand and Chile

About 90% of the fruit the company sells is imported directly by it, with its main sources being the US, New Zealand and Chile. Zhao sees strong potential for growth in supplies from Mexico, given how fast Chinese demand for avocado, blackberries and raspberries is expanding. He also said the free trade agreement between China and Southeast Asian nations spells opportunities for increased imports from countries such as Thailand, Malaysia, Indonesia, the Philippines, Vietnam and Laos.

Vegetables: only cherry tomatoes for now

Fruitday may expand into vegetables in the future but for now needs to focus on its advantage in the fruit segment, said Zhao, who explained that the logistics for vegetables are different to that for fruit. While some of the fruit it sells can be stored for 1 or even up to 3 weeks, some vegetables can only be stored for 1-2 days. For instance, leafy greens are the most popular vegetables in China and can easily to rot in just a day, he said.

Fruitday does, however, sell clamshells of cherry tomatoes, which are used for both cooking and eating fresh in China.

Fruitday has lot of new customers so the average purchase rate overall is not very high but its longer-term customers tend to make an order at least once every 2 months. “Since we are not providing all products, just premium fruit, maybe they still need to go to the market for vegetables and other fruit and so on, Zhao said. But he said Fruitday can see a trend of its clients coming to rely on it: “They get used to high quality and delicious fruit and then don’t go back to traditional stores.”

“It’s very important for them to try us the first time so we have different kinds of promotion methods but the most useful is to get to try the first time at a low price or even free,” he said. “Any time don’t like it they can return it to us in 48 hours. The fruit is sold by unit numbers rather than weight, for instance 12 apples rather than 1-2 kg, but the size and weight of each type of fruit is consistent – the same colour, size and weight – so customers know what to expect. And Fruitday’s end-to-end service ensures customers receive their fruit within one day of ordering.

This is an article from edition 137 of Eurofresh Distribution magazine. Read that issue online here.

Category: Uncategorized
Tags: China, e-commerce, etailers, Fruitday, JB, online sales, premium fruit
We use cookies on our website to give you the most relevant experience by remembering your preferences and repeat visits. By clicking “Accept All”, you consent to the use of ALL the cookies. However, you may visit "Cookie Settings" to provide a controlled consent.
Cookie SettingsAccept All
Manage consent