Catalan group SA2PE, focused on fruit and vegetable distribution, plans to add a sixth brand to its stable this year with a new business model centred on farmer-direct produce. With […]
Thu 03/04/2014 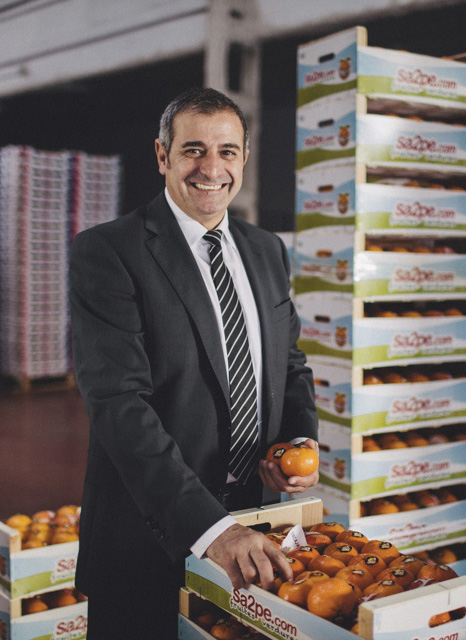 Catalan group SA2PE, focused on fruit and vegetable distribution, plans to add a sixth brand to its stable this year with a new business model centred on farmer-direct produce.

With competition fierce in its traditional line of greengrocers, SA2PE aims to innovate and differentiate with the new line of bigger stores, which in addition to the basic fruit and vegetables will offer dairy products, pre-cooked food, wine from the barrel, and other items. “Like Spain’s colmados (grocery stores) of days gone by.”
CEO Salvador Rodrigo said the new brand – the name of which will not be announced until late April – will complement the group’s chain of Fruit SA2PE fruit and vegetable stores, which spans 85 franchised and 53 group-owned stores around Spain and is expected to enjoy sales growth of ten percent this year. Sales in the Fresh Quality business line, a SA2PE brand focused on the food service (Horeca) segment, are forecast to rise 10-15 percent. SA2PE has been honing its new business model with trials in two stores and will open a third, in the Barcelona suburb of Gracia, in about two months. It handles about 300 different product types each day at its logistics platform at Mercabarna but the Fruit SA2PE stores each offer about an average of 100 varieties, with about a 60-40 split between vegetables and fruit. While they have an average floorspace of 80-120m squared, those in the new line will have a minimum of 120m squared. Apart from drawing on its existing network of suppliers at Mercabarna, SA2PE is working on establishing new suppliers, particularly from Andalusia, for the coming chain centred more on local produce direct from the source.
JM

Category: Uncategorized
Tags: Retail, Spain
We use cookies on our website to give you the most relevant experience by remembering your preferences and repeat visits. By clicking “Accept All”, you consent to the use of ALL the cookies. However, you may visit "Cookie Settings" to provide a controlled consent.
Cookie SettingsAccept All
Manage consent