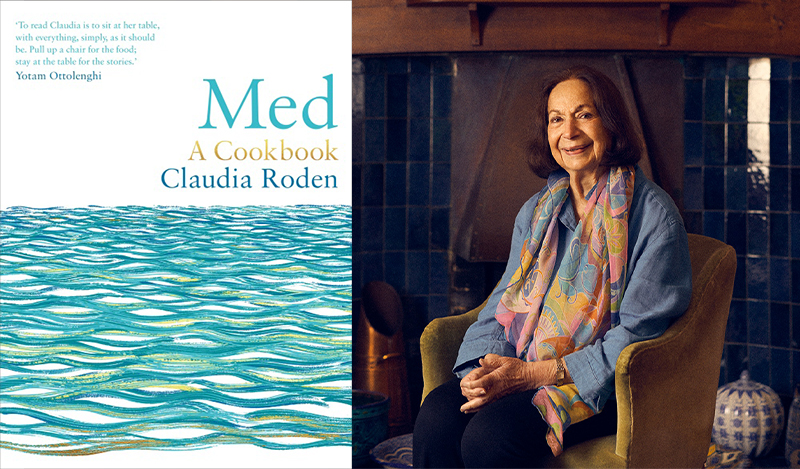 Claudia Roden, writer of Med and winner of the “Food Studies and Research” award organised by WUWM, on October 30th, 2021.

Claudia Roden, writer of Med and winner of the “Food Studies and Research” award organised by WUWM, on October 30th, 2021.

In order to support the greatest food thinkers of the world, who are in WUWMs eyes the ambassadors of fresh food and gastronomy as an intangible cultural heritage of humanity, WUWM decided to join forces with the “Gourmand Awards Celebration” and create a new prize dedicated to the best cook book of the year in the category “Food studies and research”. For this edition, the WUWM awarded their new category to Claudia Roden for her cook book Med.

Claudia Roden was born and brought up in Cairo, but was educated in Paris and in London, where she has lived for many years. Roden is widely recognised as one of the world’s greatest cookbook authors. Often considered an anthropologist or a historian, she has dedicated her life to the study and popularising of food traditions.

With more than 14 million books sold worldwide, Claudia Roden has built a universal bibliography whose common thread is to link the cuisines of different countries (particularly Middle Eastern and Mediterranean cuisine). Her work is recognised as a plea for friendship between nations around their culinary traditions.

WUWM strongly believes that to succeed in the transition of food systems we also need to transition to better eating patterns. In this sense, they believe that cook-authors and chefs are the best ambassadors to spread among citizens around the world the know-how to eat better and help people to reconnect with the pleasure of eating.

Books have an essential role to influence people’s cooking habits and teaching them how to use fresh produce with daily, easy and fresh recipes and also spreading precious culinary traditions that might otherwise disappear.

The award ceremony took place on 30 November, 2021 during the World Cuisines Week at the Réfectoire des Cordeliers, a historic building in Paris and a theatre of the French Revolution.