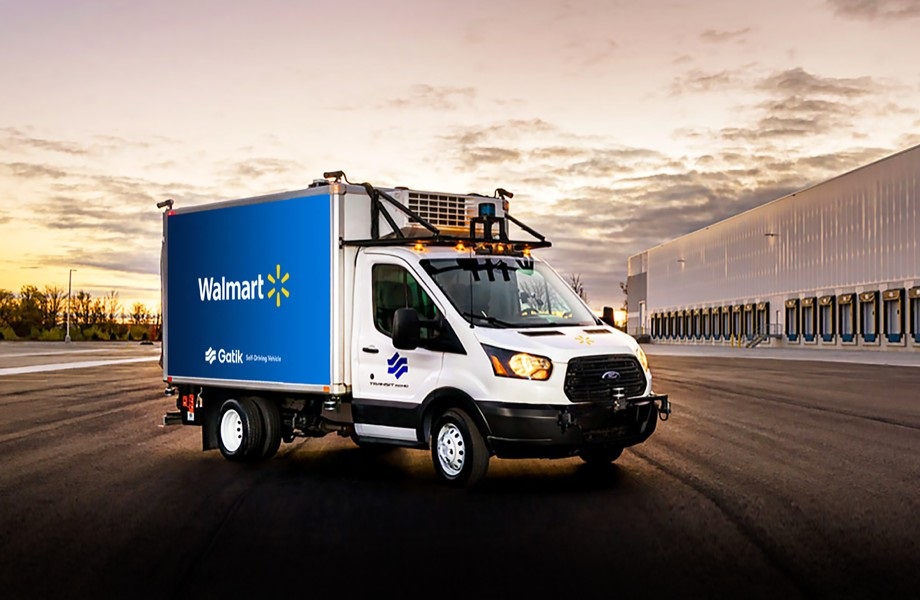 US retailer Walmart has begun using driverless trucks to deliver to customers. The move involves a partnership with autonomous vehicle startup Gatik. Since August, the companies have deployed the fully autonomous trucks without a safety driver for a daily, seven-mile delivery route between a Walmart fulfilment centre and a Neighbourhood Market retail store in Bentonville, Arkansas, where the retailer’s headquarters is located, according to Fox Business.

This service is the first of its kind on the so-called “middle mile” without a safety driver. Walmart and Gatik received approval to remove the safety driver from the trucks in December 2020 from the Arkansas State Highway Commission, following the completion of 18 months of successful operations.

Tom Ward, Walmart US vice president of last mile, said: “Through our work with Gatik, we’ve identified that autonomous box trucks offer an efficient, safe and sustainable solution for transporting goods on repeatable routes between our stores. We’re thrilled to be working with Gatik to achieve this industry-first, driverless milestone in our home state of Arkansas and look forward to continuing to use this technology to serve Walmart customers with speed.”

Bentonville is the only city where Gatik is currently operating trucks without a safety driver. In addition, Gatik and Walmart are currently running similar delivery tests in New Orleans with a safety driver behind the wheel.