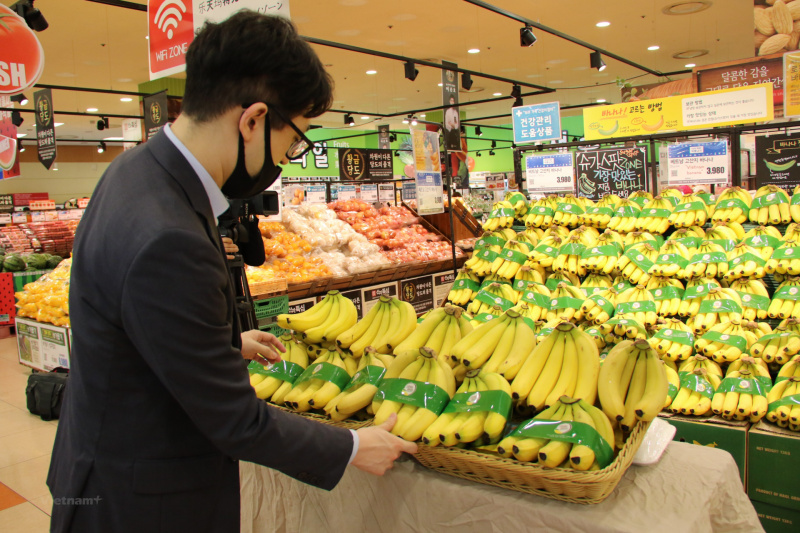 The Vietnamese Embassy in South Korea has held a ceremony to celebrate the arrival of its bananas in the lucrative market. The first of the fruit from Vietnam officially arrived at a branch of the Lotte Mart retail chain near Seoul Station on June 16. The Vietnamese bananas are grown in the Lo Pang highlands in Gia Lai province. Lotte Mart is expected to import approximately 1,600 tons of bananas from Vietnam each year to distribute to its 81 supermarkets across South Korea. Although Vietnamese banana has been exported to South Korea since 2014, it was not sold at large supermarket chains. In 2015, around 180 tons of banana (worth US$132,000) were exported from Vietnam to South Korea, but by 2019, the volume had reached 6,685 tons (US$4.2 million). The South Korean market is a lucrative one, with consumers spending over US$300 million each year on imported bananas. The Philippines is currently the largest banana exporter, accounting for 78.6%, followed by Ecuador (7.7%), Guatemala (5.2%), Peru (5%), Mexico (1.6%) and Vietnam (1.4%).