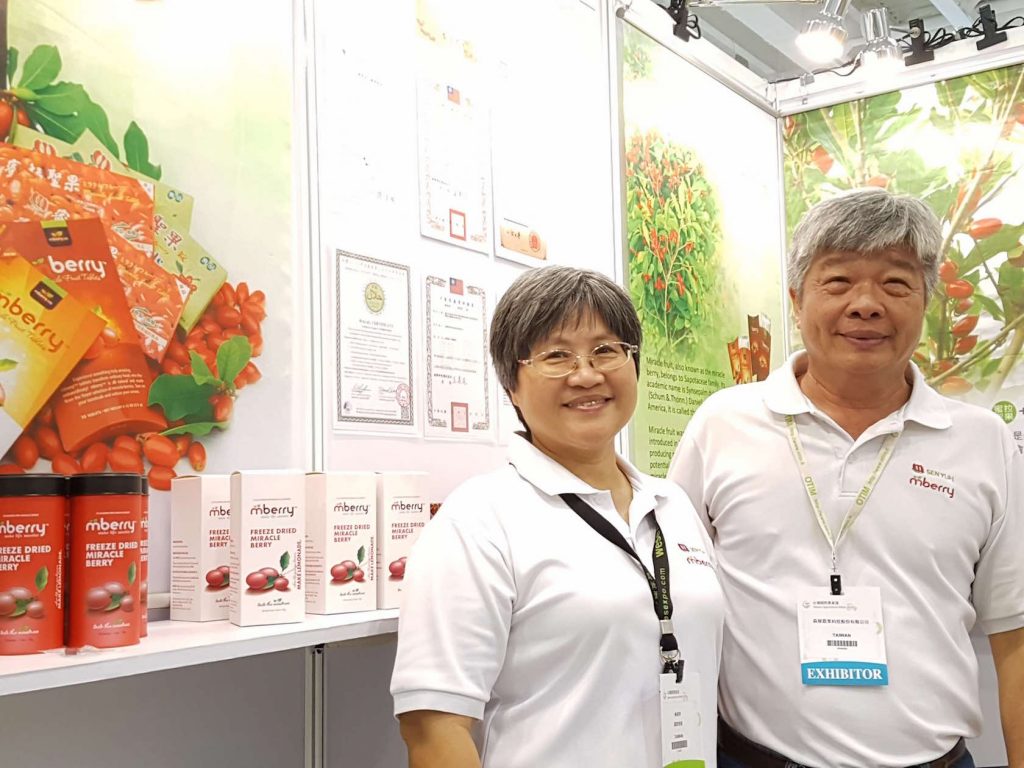 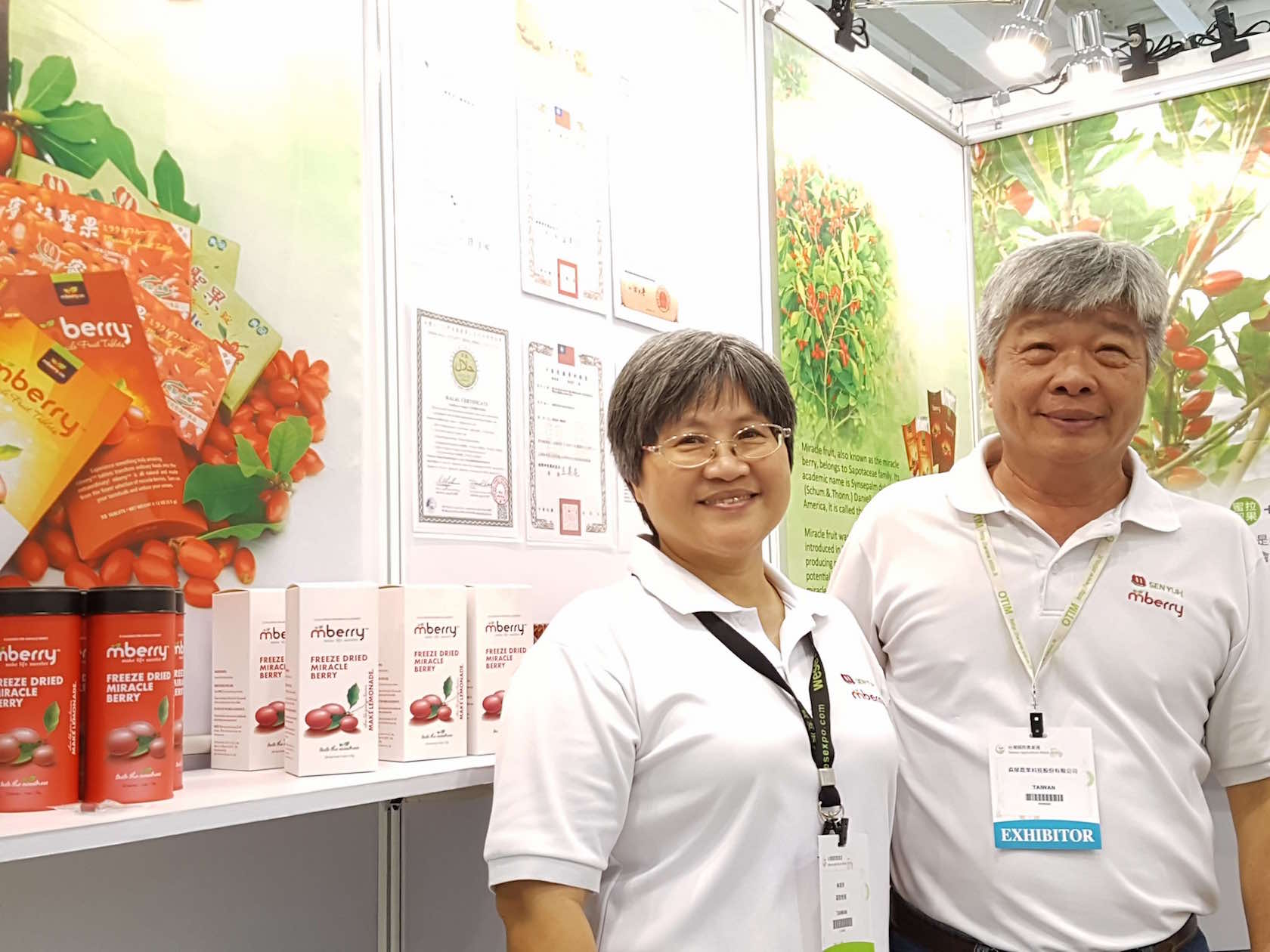 Commonly known as the “MBerry”, the Miracle Berry is today cultivated by Sen Yuh Farms in Taiwan, processed and exported for its medical, probiotic & culinary properties.

They are for centuries used for the traditional medicine and recently cultivated and exported worldwide. Sen Yuh farms from Taiwan has been cultivating 12ha of the Mberry and exported its derivated to the US and Japan mainly. They are maily sold under blood sugar regulating tablets, under medical patent of  Sen Yuh company and Dr. Cheng (Department of Pharmacology,College of Medical,National Cheng Kung University Hub). Its also has organic and halal certificates in order to satisfy various market requirements, inclusive Malaysia and the Middle East muslim markets. It is also newly sold as probiotic digestion regulator. It is suitable for the diabetes, since it contains no sugar. It is also more widely used at natural sweetener and made famous by a US chef Homaro Cantu with his book “The Miracle Berry Diet Cook Book”.

The ‘Mysterious fruit’ tablet, which is the concentration extracted from a large amount of fresh fruit, can be carried more convenient and can be preserved for long periods of time (its effect is the same as fresh fruits). This tablet of Miracle fruit can replace artificial sugar, a possible carcinogen. Miracle fruit tablets, like the fruit itself, can turn other fruits that are sour in taste into fruits with a sweet and smooth flavour. Thus, the introduction of this ‘miracle fruit’ is a good news for people who need to control their sugar intake. The Mysterious fruit is surely a healthy alternative of sugar and artificial sugars.

Reducing the effect of alcohol
Reports have stated that one of a legislators in Kaohsiung, who first tasted Mysterious fruit, and then asked police and journalists to serve as witnesses after consuming alcohol the figure of measured blood alcohol level was 1.13 but after taking Mysterious fruit the figure of measured blood alcohol level was only 0.2(0.25 is the standard figure). If Mysterious fruit is consumed before alcohol, Mysterious fruit can turn the taste of sourness and bitterness into sweet and smooth taste, and reduc the effect of consumed alcohol. It also reduces the feeling of a hangover, allowing the person who consumed the alcohol to be energetic in the next day.

Mysterious fruit can accompany food such as non-sweetened cake, ice cream, yogurt, plum, kiwi, grapefruit, and any food with high levels of sourness. In this way, the benefits of the acids and other nutrients from those sour flavor foods can keep the healthiness of the body while reducing sugar intake.Now there are even some restaurants that serve a dish of the ‘miracle fruit’ in order to enable the customers to enjoy a variety of fruit which contain high level of sourness. In this way, customers’ appetites can be satisfied while also helping them to be healthy and fit.