Add
At 8,000 km, Spain has the EU’s longest coastline. And thanks to their geographical locations, the country’s 46 ports act as Southern Europe’s logistics platform.
Sun 13/11/2022 by Natalia BAMMATOVA

Port de Barcelona
The BEST terminal is being extended to incorporate new facilities for reefer traffic.

Eurofresh Distribution
Jaime Beltrán (right), head of business development and commercial department.at the Port Authority of Huelva, and his team.

Puerto de Algeciras
The Port of Algeciras offers connectivity, productivity and infrastructure combined with an experienced and competitive community. 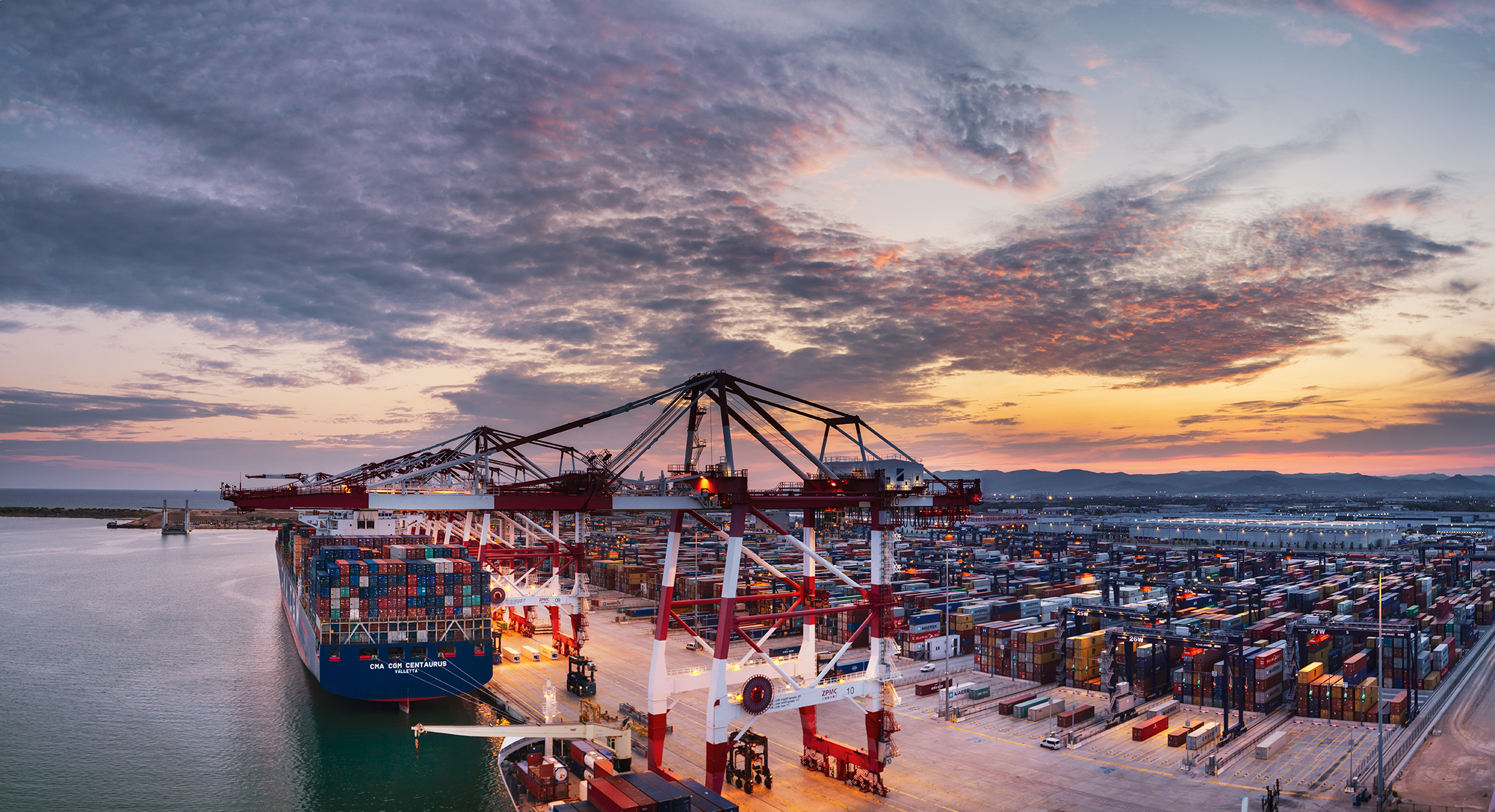 The BEST terminal is being extended to incorporate new facilities for reefer traffic. 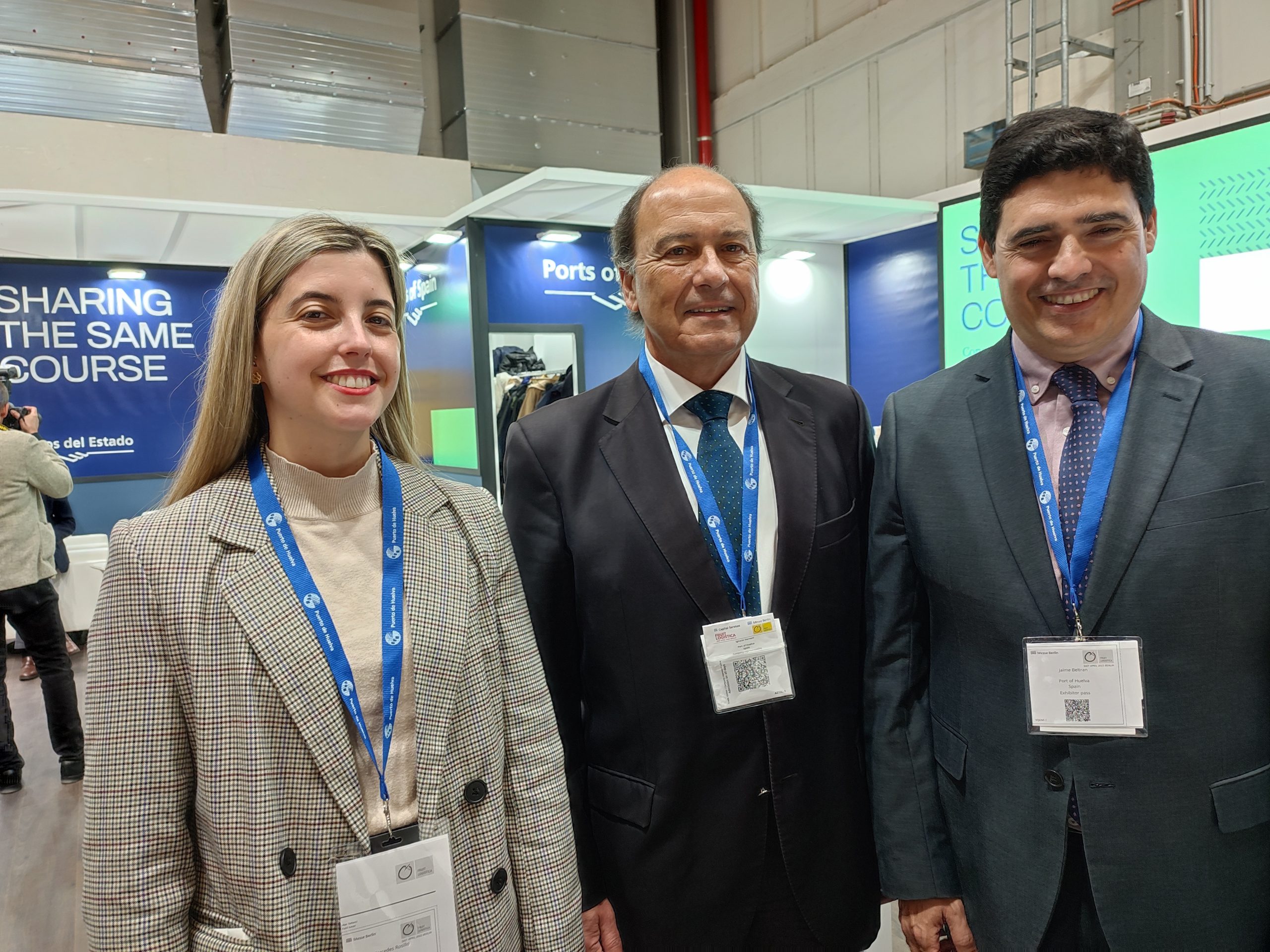 Jaime Beltrán (right), head of business development and commercial department.at the Port Authority of Huelva, and his team. 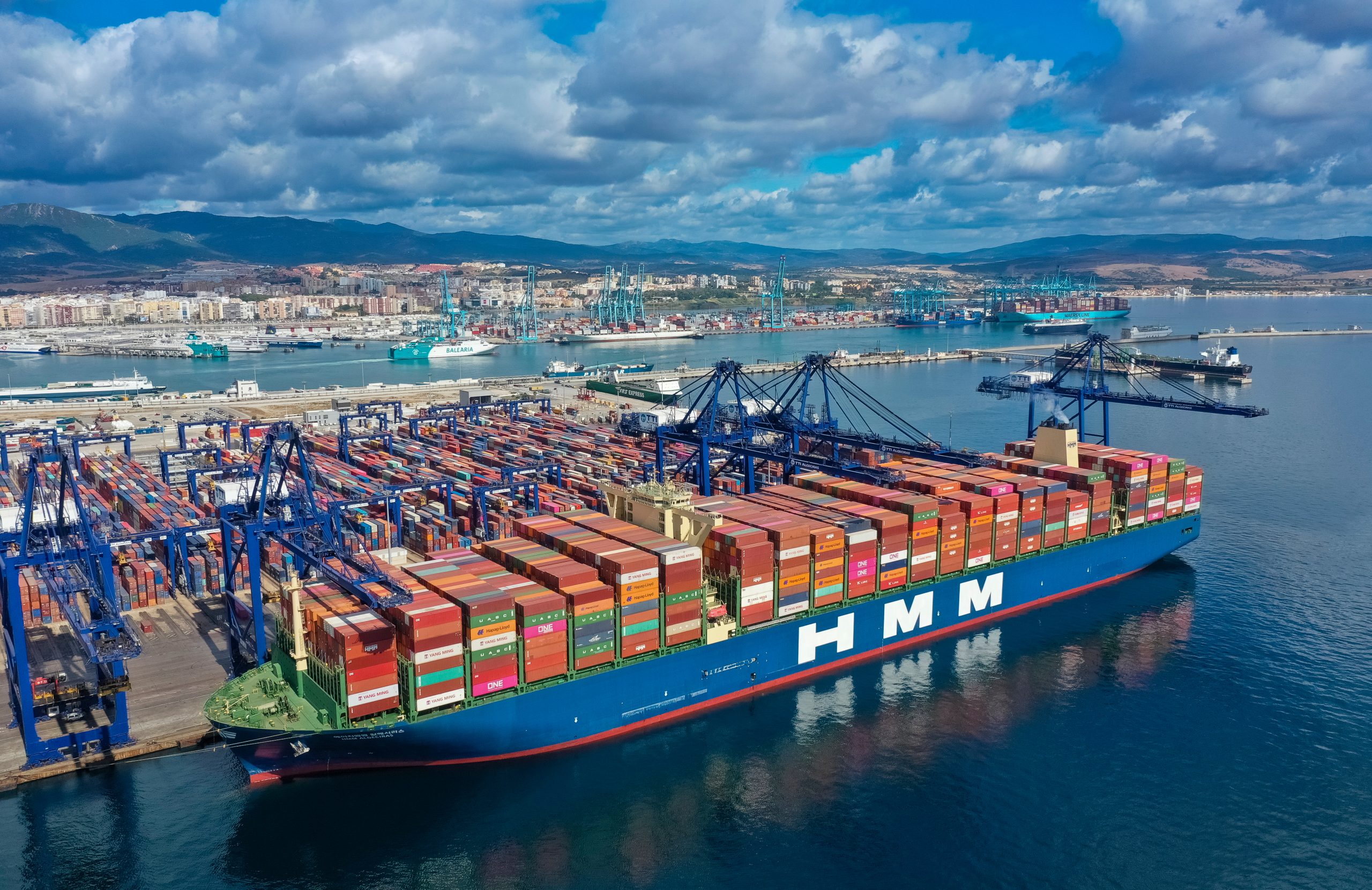 The Port of Algeciras offers connectivity, productivity and infrastructure combined with an experienced and competitive community. 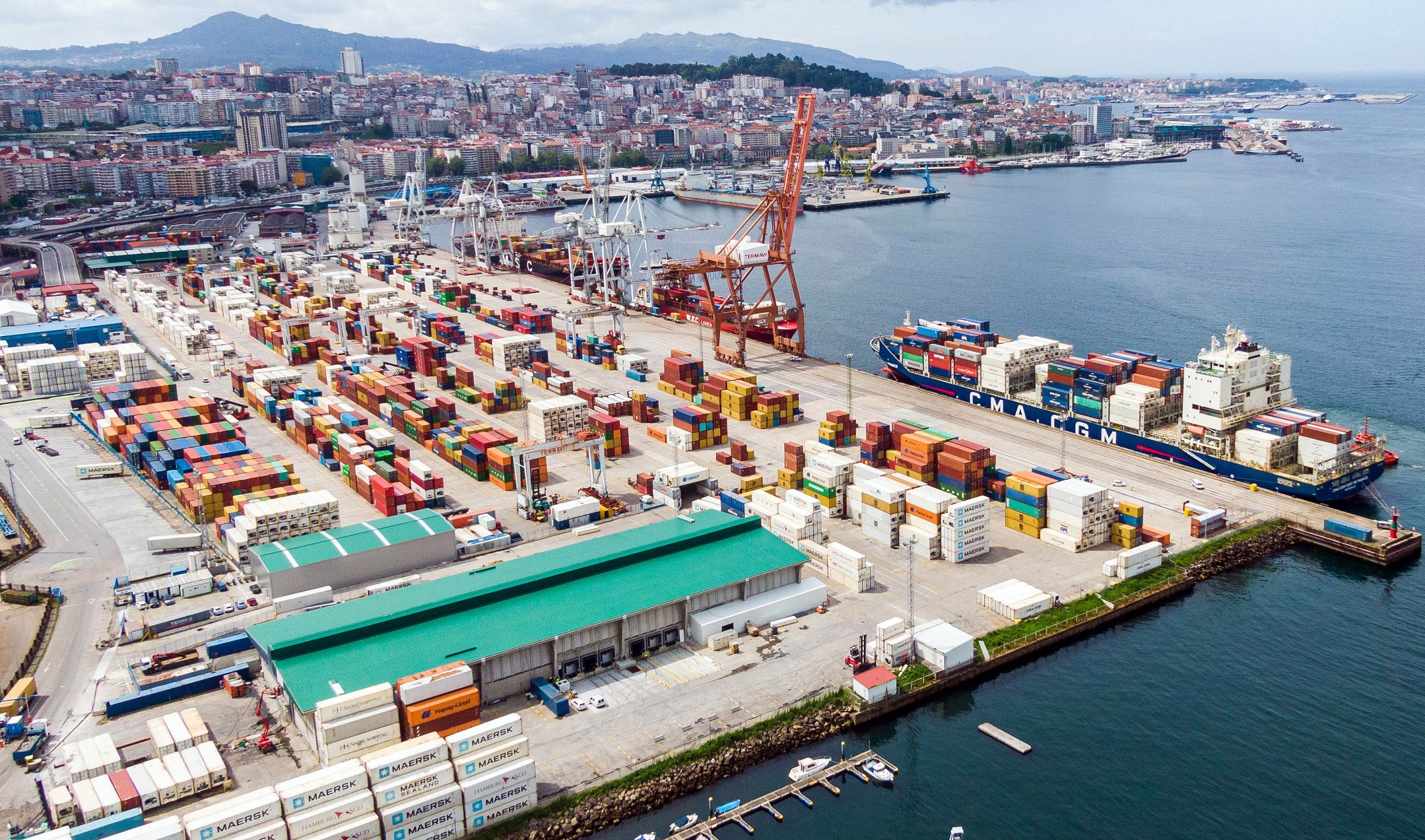 The Port of Barcelona currently has some 3,500 fixed connections for refrigerated containers distributed mainly between its two container terminals, APM Barcelona Terminals and BEST, in addition to the Port Nou multipurpose terminal. The BEST terminal is currently undergoing expansion and will soon incorporate new infrastructure for reefer containers. In two years’ time, the Port of Barcelona will offer 4,000 connections. In addition to a daily rail service for refrigerated containers between Zaragoza and the Port of Barcelona (operational since 2016), new regular rail services have been launched to Pamplona and Huesca. The traffic of agro-livestock and food products during 2021 totalled around 14.1 million tons, up 13.1% on the previous year.

The port is building new warehouses powered by an innovative and green form of frozen energy, based on the regasification of LNG to Natural Gas. It will also open a new container terminal, which will focus more on reefer traffic, and a new Ro-Ro ramp (for cold logistics chains). Jaime Beltrán, head of business development & commercial department at the Port Authority of Huelva, said: “We have regular lines that connect the Port of Huelva with the Canary Islands, making us the number-one port for ro-ro traffic (mainly refrigerated cargo) with the islands. We also have container lines with the north of Europe (Rotterdam and Hamburg) and the UK (Tilbury). In addition to that, we are working to reinforce our regular maritime connectivity with the north of Europe and Morocco.”

The Port of Vigo, the Spanish Atlantic benchmark in cold logistics

Traditional links with fresh and frozen fish led to the Port of Vigo specialising in refrigerated traffic and cold storage, but, lately, there has also been exponential growth in fruit traffic at the port, which totalled around 175,000 tons in 2021, with 10% growth forecast for 2022. The main products include bananas, pineapples and melons from Costa Rica, Brazil and Colombia, as well as citrus from South Africa. The facilities of the port’s two terminal operators specialising in fruit and perishables, Progeco Vigo Fresh Port and DART Vigo, are attached to the Vigo Container Terminal, TERMAVI, which is connected to the rest of Spain and the north of Portugal by rail.

The Port of Algeciras has held onto its position as the most efficient port in Europe, according to The Container Port Performance Index 2021 report prepared by the World Bank and the consulting firm S&P Global. Algeciras is the only non-Asian port in the top-10 of this ranking.

Strategically located on the Strait of Gibraltar, Algeciras is the main hub in the Western Mediterranean, linking Asia, Africa and America with Europe. The port’s total traffic of 105.1 million tons in 2021 was the fourth highest among the 1,200 commercial ports of the EU and the highest in Spain, accounting for 19% of all Spanish port traffic. Perishable goods traffic at the Port of Algerciras was up 16.3% in 2021 compared to the previous year. The port connects with 200 other ports and 75 countries.