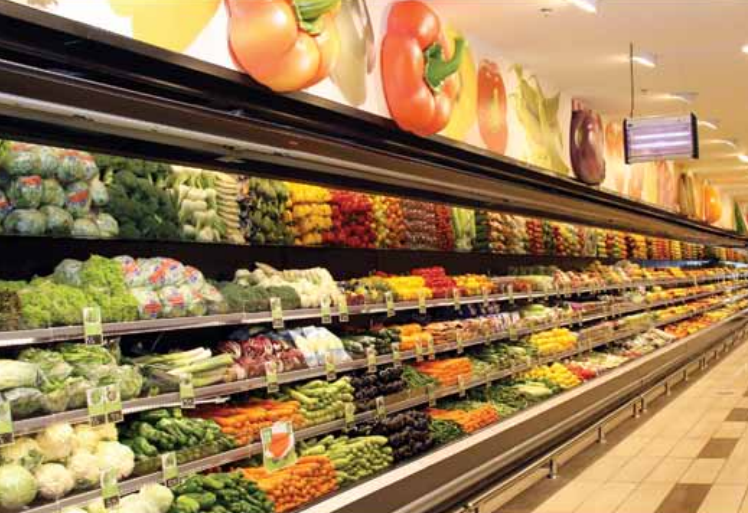 The market is growing by over 5% a year with fruit and vegetables the most imported food.

It is estimated that the rise in food consumption in the GCC countries between 2012 and 2017 will be around 3.1% a year, reaching 49.1 million metric tons of food by the end of 2017, with Saudi Arabia accounting for 60% of total consumption in the region. This growth is attributed to rapid population growth in these countries, as well as tourists. In addition to an increase in income levels in the region, it is predicted that food consumption per capita will grow from 971.2 kg in 2015 to 983 kg in 2017.

Fresh fruit and vegetables: the most imported food products

The food and beverages sector recorded an increase of 2.1%, with imports into Saudi Arabia coming from 40 countries around the world, mainly with fruit and vegetables. The local consumer market for these is worth US$ 6 billion a year, the main sources being: Chile, the Philippines, South Africa, India, Pakistan, France, the United States, China, Egypt and Italy, among others. More than 200 varieties of fruit are sold in local markets, 40% of which are bananas, apples and oranges. It is estimated that the annual growth of this market is 5%. The market size of Saudi Arabia, which represents European fruit consumption of more than 50 thousand tons, is valued at US$ 133 million. The Jeddah fresh market is the second largest in the region after the Saudi capital, Riyadh, with a size of 3,000 tons, made up of 2,000 t of vegetables and 1,000 t of fruit that arrives daily from the central market. The price of fruit in Saudi Arabia is the cheapest in the world.

Major investment in hypermarkets: the strategy to attract consumers

Retail stores have invested about US$ 40 billion in hypermarkets over the past 3 years. It is estimated that in future, after they become the choice for consumers again, this will not exceed US$ 21 billion. The percentage of consumers grew by 30%, as did their desire to buy their monthly needs in these shops, although there is still a segment of the population who prefer to buy in supermarkets, mini-markets and small grocery stores. The total number of retail stores in all regions of the kingdom comes to 600, while the number of hypermarkets is 70 and most are concentrated in large cities. Certain products such as fresh fruit and vegetables require special attention from the hyper- and supermarkets’ management. The leading chain in Saudi Arabia is Panda with more than 30 years in the market. They have 400 shops in 40 cities, covering the entire territory of the kingdom. Next comes Othaim, Danube, Bin-Dawood, Tamimi, Manuel, Al Raya, Farm and Carrefour.

Dammam, Jeddah and Jizan are the main ports

King Abdul Aziz Port is the largest port in the Arabian Gulf. Located in the middle of the eastern coast in Dammam, it is the main point of entry for foreign goods to the eastern and central region of the kingdom. Jeddah Islamic Port is characteristic for its geographical location on the Red Sea coast between the most important ports on the commercial sea routes. It has gained historic significance as the main entrance to the two holy cities of Mecca and Medina, being the largest in the kingdom, and handling more than 65% of the volume of goods entering Saudi Arabia. The port provides handling services for all types of loads by means of highly specialised terminals. Ideally located on the south coast of the Red Sea, Jizan Port is close to the main east-west routes for Europe, the Far East and the Arabian Gulf. It is a modern, well-equipped deep water port with a highly trained workforce. Finally, other locations are the King Fahd Industrial Port in Jubail and King Fahd Port in Yanbu.

About the Kingdom of Saudi Arabia

Located in the far southwest of Asia, it is surrounded by the Persian Gulf, the UAE and Qatar to the east; the Red Sea to the west; Kuwait, Iraq and Jordan to the north; and Oman to the south. Occupying about 4/5 of the Arabian Peninsula, it has a total area of about 2 million km2. Its population is about 30 million people and its GDP grew by 6.81% until 2012, with the per capita GDP standing at US$ 25,000 at current prices. The cost of living in January 2015 was 2.2% higher than the same month in 2014.