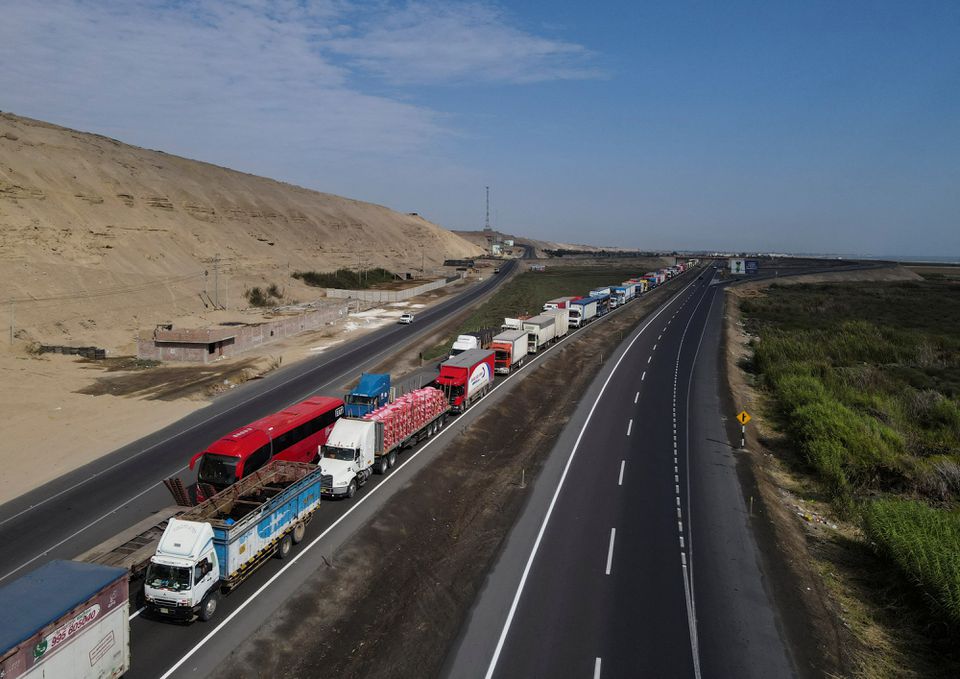 Since former President Pedro Castillo was removed from office in December, road blockades are among the many issues Peruvians are facing. Castillo’s decision to dissolve the House, and his prior incarceration have left the country in turmoil, and triggered protests against the government that have already left more than 46 dead.

The agricultural sector, already weakened by an unstable economy, has condemned the actions taken by protesters which disrupt the flow of their operations. The Peruvian Association of Agrarian Producers (AGAP) released a statement that condemns road blockades by groups of vandals which are generating economic damages to producers and agrarian workers, agro-export and packing companies, SMEs, transporters and citizens.

“Our country and the agrarian sector have been going through a very critical situation, aggravated by the road blockade that prevents the normal functioning of the productive sectors,” its board of directors said in the statement. “Protest is a constitutional right but it is only permitted in a peaceful manner and with respect for all citizens. Blocking highways and attacking public and private property is a crime, which must be punished with the full weight of the law,” they added.

Southern regions of Arequipa, Apurímac, Cusco, Puno and Ayacucho are the constant scene of road blockades, protests and confrontations.

This is why AGAP also demands that the government of President Dina Boluarte fulfil its constitutional role and guarantee free transit permanently on the highways. They ask for an extension of the state of emergency and for those responsible for disturbances to be reported by authorities.

Finally, the association urged President Dina Boluarte to defend the homeland and the 33 million Peruvians who want and need to live in peace, “to work for the future of our families and to move our country forward”.

A national strike against Boluarte, demanding her resignation and the closing of Congress has been ongoing since January 9.