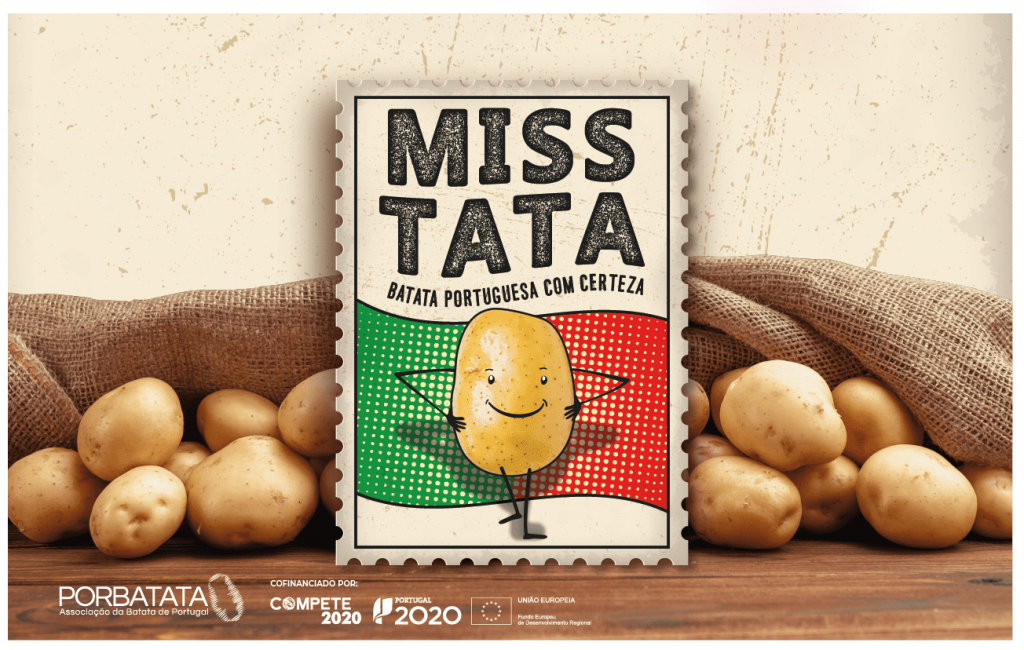 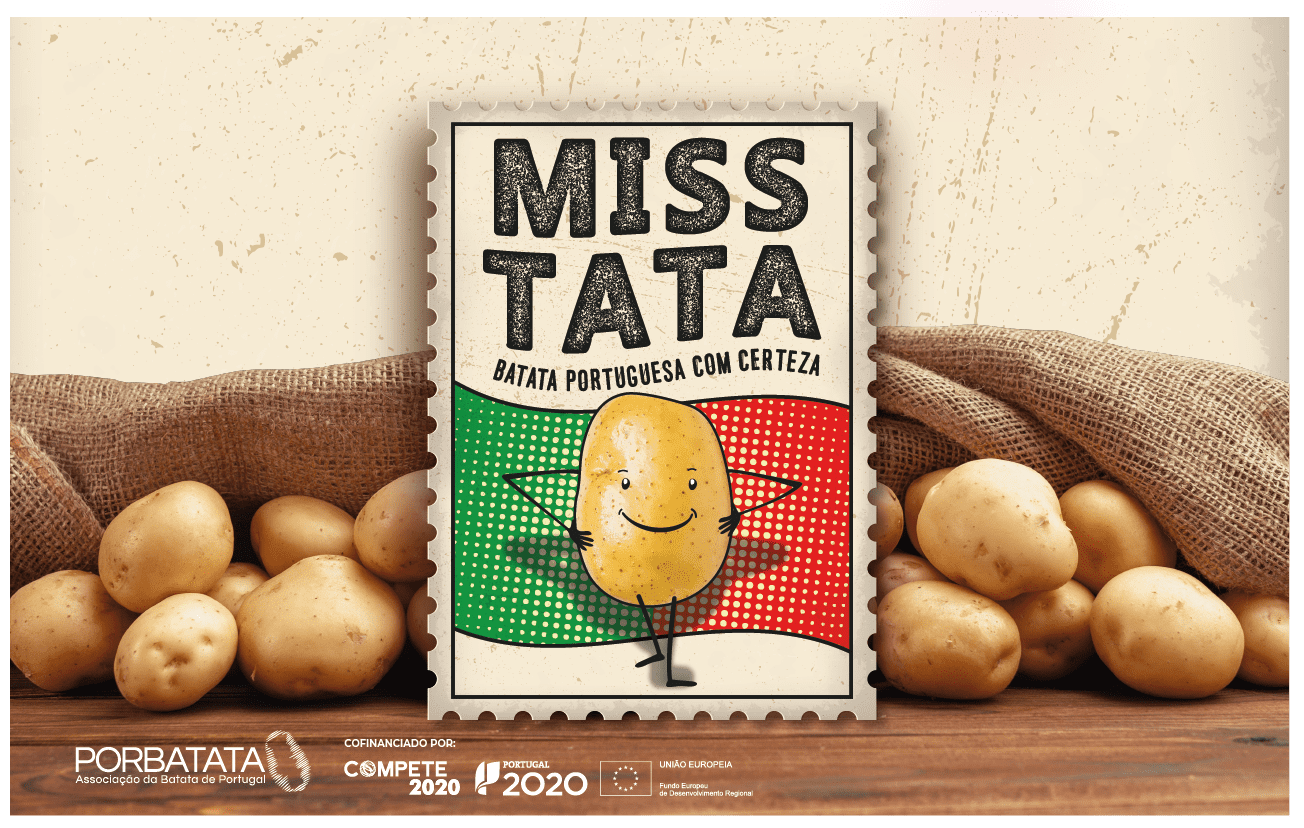 24th November 2020 – Today, Porbatata, Associação da Batata de Portugal (Portuguese Potato Association) presented Miss Tata, the new collective brand for promoting Portuguese potatoes in the domestic and international marketplace. This is the first time that the Portuguese potato segment has united to create a collective image for this product, investing in differentiation and quality.

Miss Tata is versatile, dynamic, colourful, and cheerful. She’s the ambassador of Portuguese potatoes worldwide and aims to reflect qualities that lead to a nutritious and balanced diet. Miss Tata is proud to be Portuguese.

Porbatata has a project for Promoting Portuguese Potatoes in Foreign Markets running for two years. France, Germany, Spain, the Netherlands, the United Arab Emirates and Angola are considered to be strategic markets.

This project is supported by Portugal 2020, within the scope of the Competitiveness and Internationalization Operational Programme, with an overall forecast investment of 352,988 euros, of which 85% is financed by the ERDF – European Regional Development Fund.

Besides creating a specific collective brand, other initiatives are planned, such as being present at international events and running promotional activities. Porbatata also aims to organise an International Portuguese Potato Competition in France.

In Portugal, potato consumption per capita is 93.6 kilos a year. Potatoes are produced throughout the country but especially in the Entre Douro e Minho, Trás-os-Montes, Beira Interior, Beira Litoral, Oeste, Ribatejo, Península de Setúbal e Costa Alentejana areas. In total, the land used for growing this food amounts to 22 thousand hectares and the average annual production is close to 500 thousand tonnes.

About PORBATATA
Founded on 28th September 2016, PORBATATA – Associação da Batata de Portugal (Portuguese Potato Association) is a non-profit organisation with the objective of promoting Portuguese potatoes as a healthy and distinctive food, highlighting their unique characteristics. Based in Lourinhã, in the Oeste region, it represents the interests of the entire segment in Portugal and is the only active voice in the sector, bringing together seed potatoes, production, marketing and sales, and the industry. It represents more than half the potato producers in Portugal and has more than fifty members.