Add
Company news
The new image, the winner of the digital contest, features in an extensive multi-channel communication campaign in 11 countries.
Tue 06/04/2021 by Richard Wilkinson 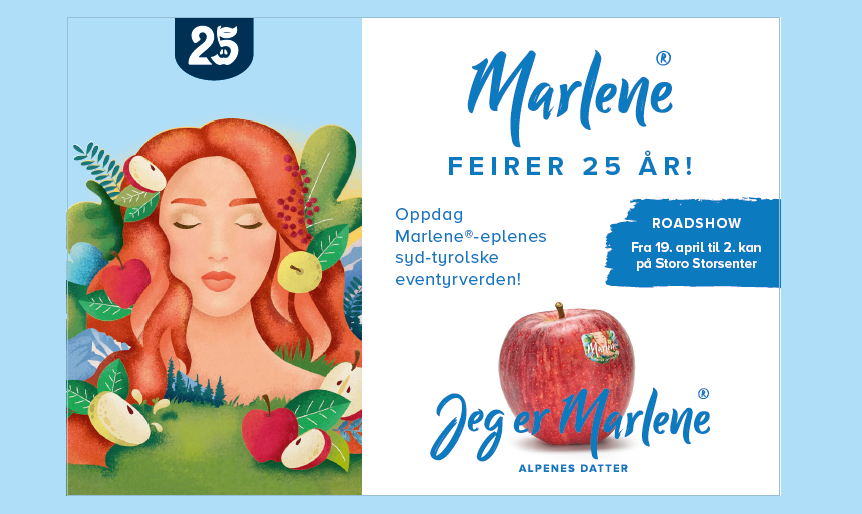 (Bolzano, 6 April 2021) The celebrations for the 25th anniversary of Marlene® apples, the flagship brand of the Italian VOG Consortium, are continuing with an intense multi-channel advertising campaign involving countries such as Italy, Spain, Malta, Cyprus, Libya, Jordan, the Netherlands and Scandinavia.

Following the success of the international digital contest launched last autumn, which attracted 6000 entries from 36 countries, the winning artwork representing Marlene® apples will star in this second part of the season and will also be featured in TV commercials and the digital campaign in the spring.

“This is a truly important international communication campaign,” comments Hannes Tauber, Marketing Manager at the VOG Consortium. “We will be present in over 10 countries in the second half of the season with dedicated campaigns to further enhance Marlene®’s important 25th anniversary. The various channels will put the spotlight on the winning work, ‘Ninfa Marlene®’ (Marlene® the Nymph) by Francesca Cito, who offered a stylish and imaginative interpretation of the places where our apples are cultivated. The new Marlene® look, already featured on packs and stickers, is now also the star of our advertising campaign.”

On TV and digital channels, Marlene® apples are back with the famous commercial “Marlene®, daughter of the Alps” in a special new version dedicated to the 25-year anniversary, in both 15- and 20-second formats. Meanwhile, the social media channels will be animated with 25 exciting stories about South Tyrolean producers and Marlene® apples in an internationally coordinated campaign that will end on 2 May.

Moreover, in Italy, some of the finalist images from the digital contest have been used to decorate public transport in Milan, bringing a touch of colour and charm to the city streets.