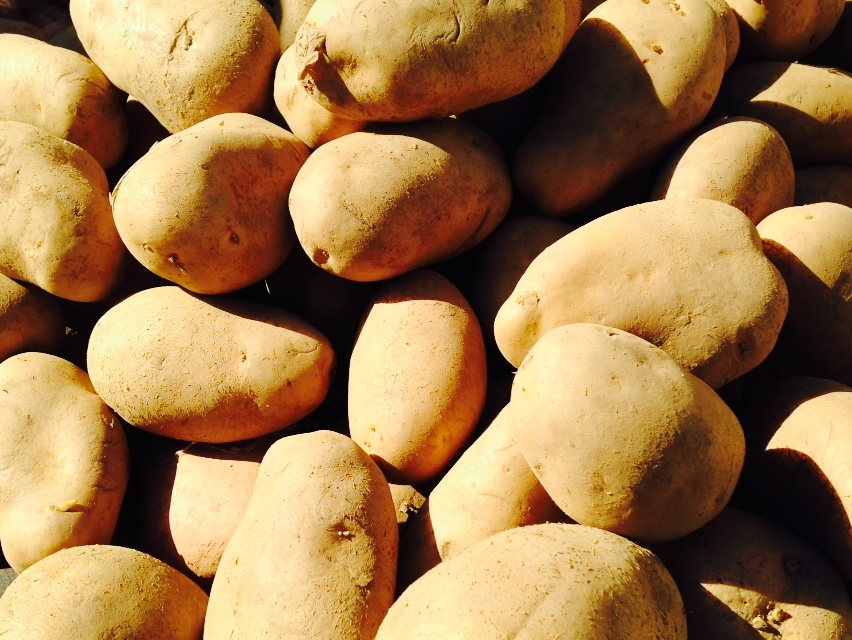 Even if Italian potatoes account for only a small proportion of the European crop, they are highly distinctive. The surface area for potatoes in Italy was close to 50,000 ha last year, with a capacity of slightly over 1.4 million tons in total. In quantity terms this is a very modest crop in comparison to the major European partners, amounting to only 3% of the European output. Early (or rather first early) potatoes make up around 23% of the Italian total and are mainly grown in the south of the country. Sicily, with over 7,300 ha, grows 50% of the crop, followed by Campania with 20%, Apulia with over 12% and Sardinia with 9%.

Selenella is top in the packed potato segment (which has been growing in recent years), having risen to a 17% share of this segment in value terms. Selenella also enjoys premium positioning, an indication of the value of its high quality, based on a number of characteristics: Italian origin, traceability certified by ISO 22005:2007, quality certified by the QC-Qualità Controllata label and sustainability. In 1990, in Bologna, potato growers and marketers decided to join forces and set up the Typical Potato of Bologna Consortium (Consorzio per la Patata Tipica di Bologna) with the aim of promoting and enhancing the value of the area’s potato production. Nowadays, the Italian Potatoes of Quality Consortium (Consorzio Patata Italiana di Qualità) is a limited-responsibility consortium company with 13 members: 2 are potato producers’ organisations from Bologna and the remaining 11 members – 3 cooperatives and 8 private companies – market the product nation-wide, coordinated by the consortium.

Expectations for the Italian potato season are not exceptional: after the unprofitable prices of the 2014 season, the weather has done the rest, leading to a much reduced 2015 crop.  “The season this year has been influenced by two factors,” explained Roberto Chiesa, commercial manager of Fratelli Romagnoli. “The first is that following the effects of the 2014 season, the worst of the past 10 years, many companies have elected to cut their surface area this year. The second is to do with the climate: rain during the sowing period in Emilia Romagna caused the loss of 3-5% of the surface area and on top of that, the very hot weather this summer reduced the yields by nearly 30%.”

Fratelli Romagnoli Spa was founded in Bologna in 1928. Starting as a farm, from 1960 onwards it has developed strong expertise in packing and marketing seed and fresh potatoes and in both fresh cut and vacuum packed processed products made from potatoes of all the best varieties.

Smaller yields than the average in recent years as a result of the extremely hot summer have led to a very tight market. These are the factors influencing the potato season, reports Pizzoli, one of the top names in the sector.

“In terms of quantity, the product is thinner on the ground but comparable to a normal year, given that the 2014 crop was above average,” explained Andrea Marchesi, commercial manager of the company’s fresh division. “As a result, the market is tight because of high raw material prices.” This situation could even lead to bringing forward the next sowing: “The shortage is likely to last until the early or new potatoes arrive, which at this point could even bring the harvest forward to the beginning of April,” Marchesi said.

Nowadays Pizzoli is one of the biggest brands in all the volume retailers and in bars and restaurants throughout Italy, and is also looking towards foreign markets, particularly Asian ones such as Japan.

Sila Potatoes PGI is looking forward to a good year

The 2015 Patata della Sila PGI crop is in line with previous years. These potatoes are among the excellences of Italy in this sector. They have been known and appreciated since 1811 and are now grown in 26 municipal areas in the provinces of Cosenza and Catanzaro. The Sila Potatoes PGI covers six varieties, grown at over 1000 m above sea level, with a particularly high starch content.

“From the marketing point of view we are focusing strongly on raising the profile of the PGI product, which is positioned in a high market segment and sold in 1.5 kg formats at €0.9/kg,” said Albino Carli, director of the PPAS (Produttori Patate Associati) consortium. “We are not aiming for the conventional product but favouring niche and quality crops.”

The PPAS (Sila potato growers’ consortium) was founded to promote and enhance the value of potato growing on the Sila plateau. It has 41 members, both farms and cooperatives, which means it controls an aggregate system of over 100 growers, producing over 300 tons of potatoes a year on around 800 ha.

This article appeared on page 71 in the Potato section of issue 142 (March/April 2016) of Eurofresh Distribution magazine. Read that edition online here.