Add
Company news
It is one of the most dangerous bacteria for modern agriculture, responsible for numerous economic losses worldwide, and for whose effective control “the Spanish company LAINCO” has obtained a patent for a natural solution.
Mon 03/01/2022 by LAINCO 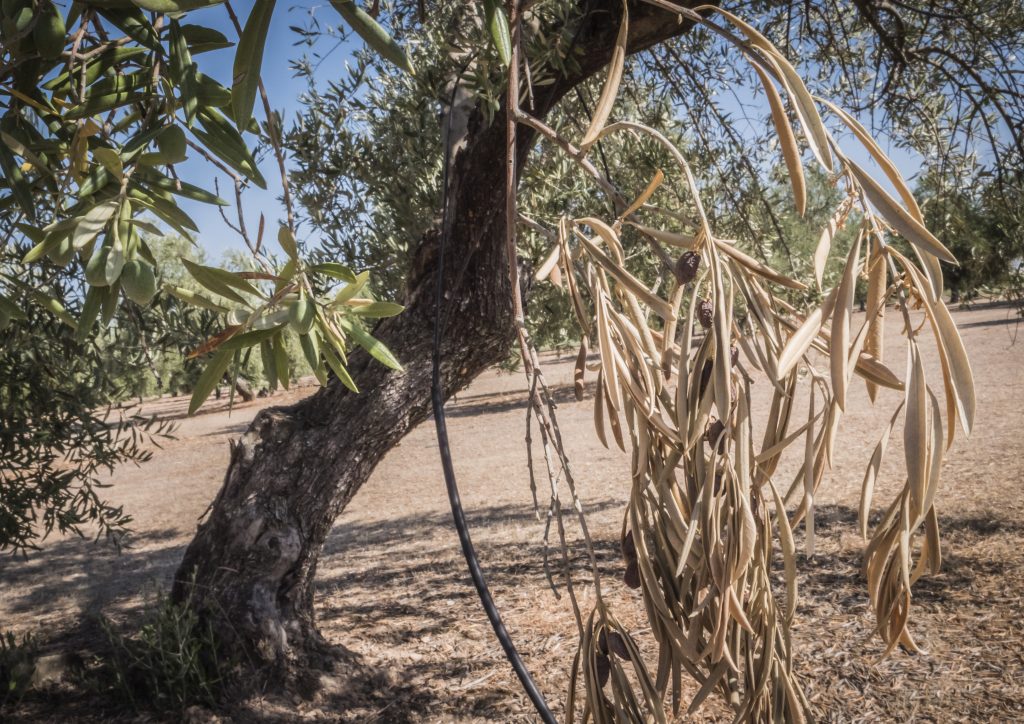 Olive trees infected by the dreaded bacteria called Xylella fastidiosa, is known in Europe as the ebola of the olive tree, Jaen, Andalucia, Spain 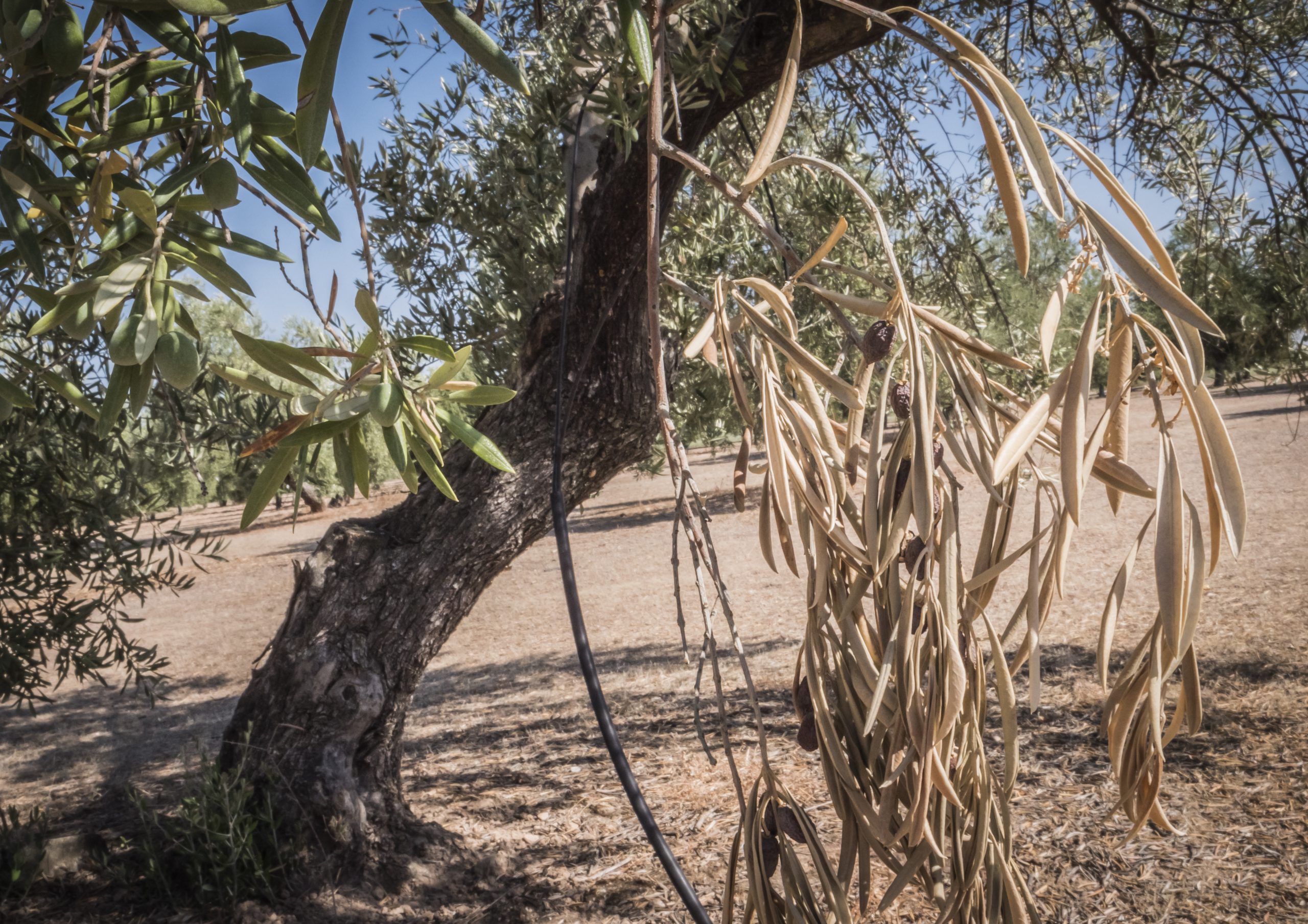 Olive trees infected by the dreaded bacteria called Xylella fastidiosa, is known in Europe as the ebola of the olive tree, Jaen, Andalucia, Spain

Rubí (Barcelona), 15 december 2021.  Xylella fastidiosa is considered one of the main threats to agriculture. It is a bacteria responsible for the general wilting or decay, in some more acute cases of the dry leaves and branches and, finally, the death of the whole plant. Until now, the only control measures to prevent its spread are the demarcation of the area where its presence is detected and the eradication of the affected crop.

However, these actions have not prevented the spread of this bacteria worldwide, with the social and economic impact that this entails. Hence the urgent need to have effective solutions for its control.

A natural solution that comes after more than five years of work by the Development Department of LAINCO, in collaboration with the Center for Innovation and Development in Plant Health (CIDSAV) of the University of Girona, for the effective control and prevention of Xylella fastidiosa, as well as for other bacterial diseases such as those caused by Pseudomonas syringae in kiwi or tomato, Xanthomonas arboricola in stone and almond fruit or Erwinia amylovora in pear.

Economic impact of the Xylella

Already present in quite extensive areas of the American continent, from the US to Argentina, the Middle East, Asia and Europe, this bacteria is causing significant losses in crops with great economic impact, such as grapevine, olive, stone fruit trees, mainly almond and citrus trees, although more than 300 host species have been identified. It is estimated that in California viticulture alone, this pest causes $104 million worth of damage per year.

In Europe, where it has been present since 2013, the risk of this disease spreading is very high, given its climatic conditions. Hence, it is considered within the European Union as a priority quarantine pest by the European and Mediterranean Plant Protection Organization (EPPO).

According to a study by the University of Wageningen (Holland), the Sustainable Agriculture Institute of the CSIC (Spain) and the Valencian Institute of Agrarian Research (IVIA-Spain), based on a bioeconomic model, it concludes that, in the absence of measures of control, the spread of the disease in the olive grove sector would mean economic losses of billions of euros over a horizon of 50 years.

More than five years of research

The Spanish company specialized in the research, development and manufacture of crop protection solutions LAINCO began in 2016 to work on the search for natural solutions for the control of bacterial diseases, given the problems that Xylella fastidiosa and the main strains identified could cause in agriculture worldwide.

Based on the study of the properties of some essential oils in which LAINCO was already working, the R + D + i Department began testing eucalyptus essential oil against Xylella fastidiosa, achieving excellent results and initiating a collaboration protocol with the Center for Innovation and Development in Plant Health (CIDSAV) of the University of Girona, directed by Dr. Emilio Montesinos.

This study has focused on determining and confirming the efficacy of the product against different subspecies of Xylella fastidiosa, establishing its mode of action, as well as the application protocols from “in vitro” to field application.

In addition, LAINCO has carried out numerous efficacy trials in the field with this natural solution against other bacterial diseases, with good results for the control of Pseudomonas syringae in kiwi and tomato, Xanthomonas arboricola in stone fruit trees. and almond and Erwinia amylovora in pear.

It is a natural curative and preventive solution, easy to apply, totally respectful of plant matter and auxiliary fauna, with a stable composition at high concentrations and room temperature, and highly effective in preventing bacterial infections.

Currently, LAINCO has just received the patent for this natural solution in Spain for its use as a bactericide, and the patent will be extended worldwide in the next months.

In 2022, LAINCO will begin to work on the registration processes for approval in the United States and the European Union, while in some South American countries these procedures have already begun. Once these registration processes have been completed, this solution is called upon to lead LAINCO’s BIOcontrol product portfolio of course, it is expected to be a highly useful tool at global level.

LAINCO, S.A. is a chemical company for research, development, manufacturing, packaging and marketing of phytosanitary and pharmaceutical products.

The quality of its products, its commitment to customer satisfaction and service, and its international projection make it a widely recognized and valued company within the agriculture sector.

It currently has a wide range of crop protection solutions, in constant evolution and improvement, among which the new biostimulants and biofertilizers solutions stand out, betting on quality, technological innovation and respect for the environment to ensure a model of efficient and sustainable development.