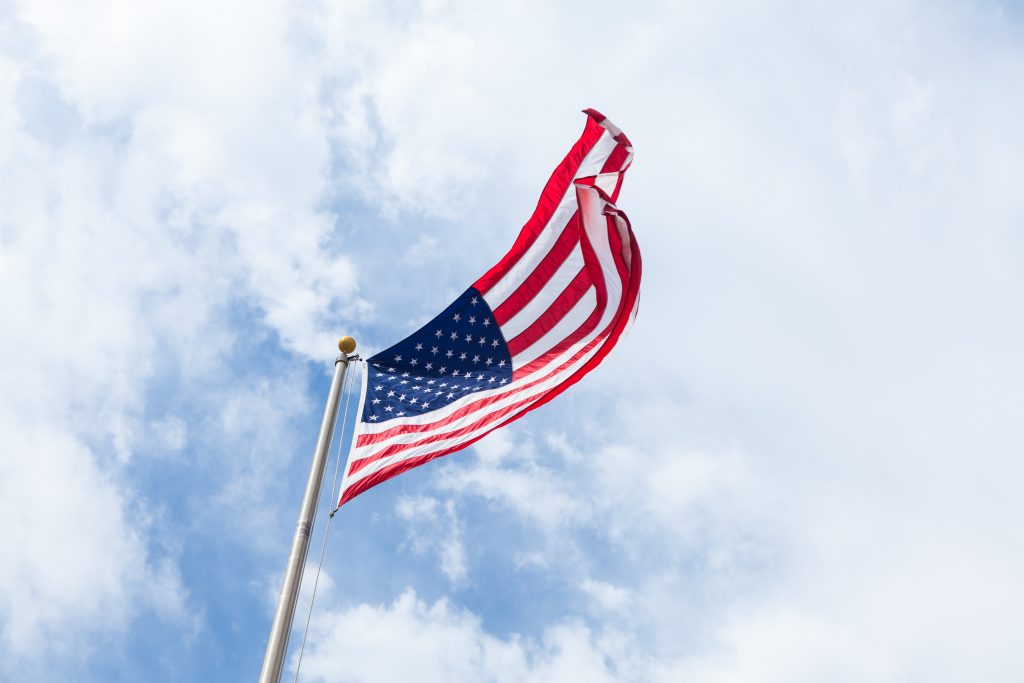 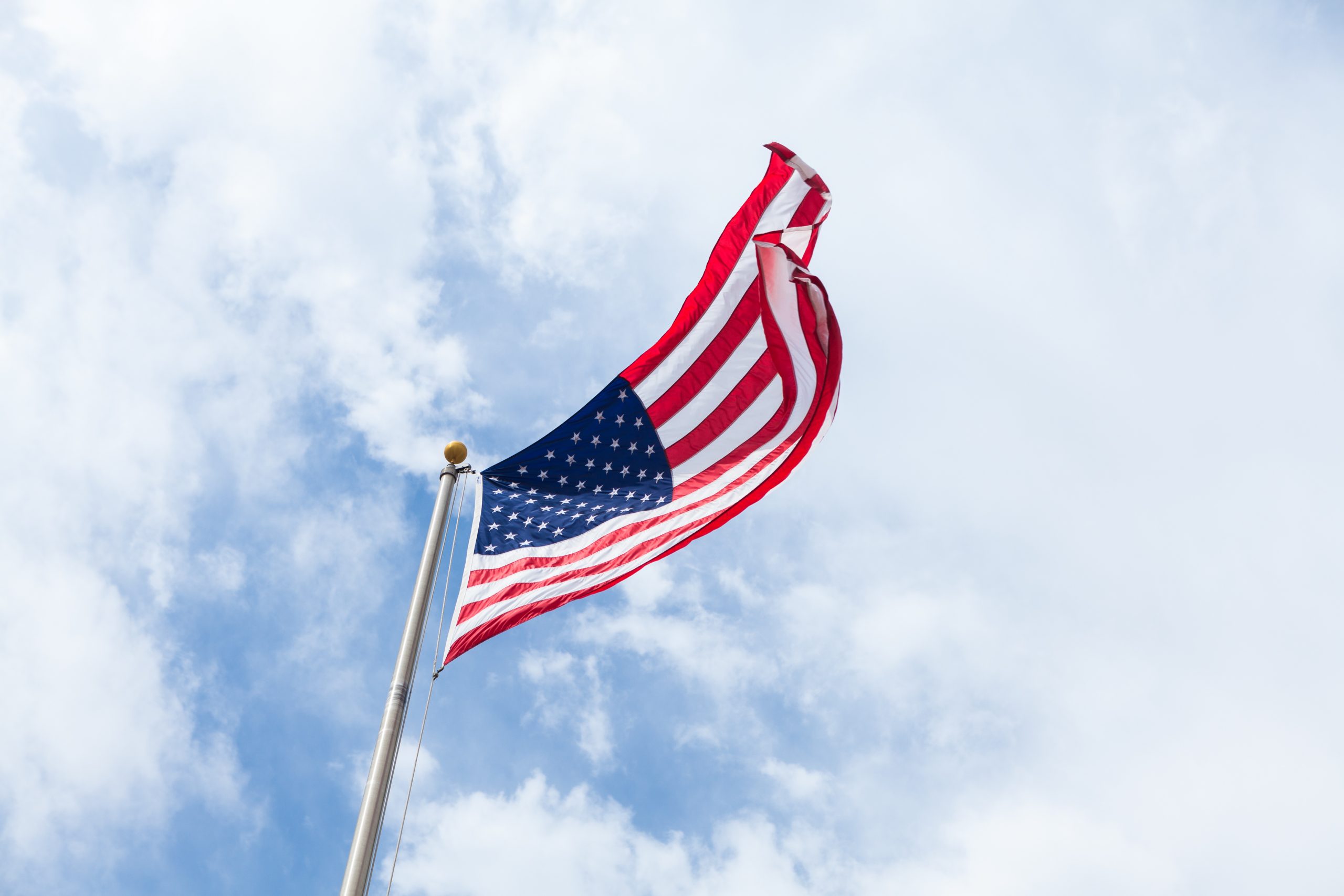 Demand for high-quality health foods is expected to help boost the otherwise stagnant consumption rate of fresh fruit and vegetables in the US, a market with a widening trade deficit in fresh vegetables.

Per capita fruit and vegetable consumption is set to remain relatively constant in the United States over 2015-20, just as was the case in the last five years, says IBISWorld. However, thanks to the population most likely increasing at an annualised rate of 0.8% over this period, slow growth in overall fruit and vegetable consumption can be expected between now and 2020, it forecasts. Also, rising consumer interest in organic and locally grown produce should keep helping the industry remain resilient.

“Fresh produce consumption will continue to be impacted by general economic and demographic trends, including rising disposable income levels for households, and particularly millennials.” However, consumer demand for high quality health foods will remain a primary factor in the overall increase of fresh fruit and vegetable consumption, the business intelligence publisher says.

But the benefits of the health trend shouldn’t be over-rated, warns Euromonitor International. The market research provider said frozen fruit sales benefitted more than fresh fruit from the trends towards healthier diets which influenced the fresh food market in the US last year. It said that while Americans are increasingly eschewing heavily processed foods for fresh and natural offerings, something that would seem an incredible boon to the fresh food market,

“what has resulted instead is high growth in minimally (but still) processed food rather than in fresh food.”

“What fresh food lacks is the element of convenience – nor does it have an adequate shelf life for many consumers. Americans are convinced of the health benefits of a whole food diet, but are unwilling to commit the time and effort to a diet comprised primarily of fresh rather than processed food,” it said.

However, on the plus side, fresh foods that are humanely and sustainably produced are expected to record unequivocal increases in the future, it predicts.

When it comes to vegetables, the health trend was perhaps a reason that over the 15 years to the end of last year, per capita use of head lettuce decreased 44%, something the USDA Economic Research Service (ERS) said

“in part, is attributed to consumers switching to dark-green and leafy products like collard greens, kale, and romaine lettuce.”

Total per capita use of vegetables and pulses in the US last year averaged 375 pounds – down 3% on 2014 and 12% from a peak in 2000. More specifically, per capita use of fresh vegetables (including potatoes, sweet potatoes, and mushrooms) averaged 181 pounds in 2015 – down 1% from 2014, but fairly steady since 2009-11. In 2015, per-capita use increased for many fresh market crops – such as sweet corn, bell peppers, cauliflower and romaine lettuce – while that of asparagus, cabbage, leafy greens, and head lettuce, among others, declined. In terms of share, potatoes, tomatoes, onions, all lettuce, and bell peppers accounted for a 60% share of fresh vegetables available for consumption in 2015, the ERS said.

Euromonitor says that over 2010-15, American retail channels have changed the way fresh food is sold, with “an increasing prevalence of packaged fresh food sold via retail. For example, grocers have encouraged volume sales of fruit and vegetables by cutting and packaging the items in-store. Such practices increase retail profits, as these minimally processed products are sold at much higher margins. Retail is also benefiting from the popularity of internet retailers, which are increasingly successful at fast delivery in order to maintain product freshness,” it said.

Potatoes (44 billion pounds), tomatoes (32 billion pounds) and lettuce (8.1 billion pounds) were the three leading vegetable crops grown last year in the US and together accounted for about two-thirds of its production of commercial vegetables and dry pulses (including mushrooms, sweet potatoes and potatoes). In total, the US produced 127 billion pounds in 2015 in this category – largely unchanged from a year earlier – with a value of $20 billion (up 6% on 2014 due to robust domestic prices for most fresh market crops) and from a harvested area of about 6.9 million acres, according to the ERS.

The three largest crops in this category – delivering 40% of the total production – were onions, head lettuce, and sweet corn.

The US trade deficit in fresh vegetables widened in 2015. In terms of volume, fresh vegetable imports rose 1% to 14 billion pounds while exports fell 4% to 4.4 billion pounds, probably due to a strong US dollar and weak global demand. Last year, about 22% of vegetables consumed domestically was imported while 13% was exported to foreign destinations. In the fresh vegetables category (including potatoes and mushrooms) – in which the value of imports rose 4% on 2014 to $7 billion – about a quarter of the produce used in the US in 2015 was imported, up from 9% in the early 1990s, while 20% of processed vegetables and 21% of the dry pulse markets were supplied by imports. Mexico accounted for 69% of import value in 2015, followed by Canada (17%), Peru (5%) and China (1%). The import volume from Mexico expanded while that from Canada declined.

Fresh vegetable exports, as a share of supply, remained relatively steady at about 7% last year but their value fell 6% to $2.2 billion due to shrinking market shares in Japan and Mexico. Exports to the US’s top foreign destinations – Canada, Mexico, and Japan – dropped 8% to $87 million as Mexico alone decreased 17% to $1.9 billion. Canada now accounts for 77% of US fresh vegetable export value. Fresh exports have a discernible seasonal pattern, with volume peaking during May-July and reaching lows during September and February. Besides the weather, demand from Canada – the leading foreign market for US exports of fresh vegetables – influences this pattern, according to the USDA. Canada’s vegetable imports are lowest during their summer growing season and peak in the spring when supplies of storage-type vegetables are exhausted and before their own growing season has begun.

Among fresh vegetables, lettuce (all types) is the largest fresh export ($431 million in 2008), but lettuce also enjoys relatively strong domestic demand. The same is true for tomatoes, the second-largest fresh export ($208 million in 2008). Exports account for 9% of domestic supply of all lettuce and 6% of fresh tomatoes. This percentage has slowly drifted lower over the past three decades, as growth in domestic consumption has exceeded that of export volume.

The US is a net fruit importer and among fresh fruit imports, bananas claim over half the volume. This fruit ranks number one in US per capita fresh fruit consumption, followed by apples and oranges, and is mainly imported from Guatemala, Ecuador, Costa Rica, Colombia, and Honduras. Mexico is the largest supplier of fresh and frozen fruit to the US, accounting for over 30% percent of both the volume and value of fresh and frozen fruit imports (excluding bananas), reports the ERS. Mexico ships mostly limes, tangerines, mangoes, grapes, pineapples, papayas, avocados and strawberries. Geographic proximity and the North American Free Trade Agreement (NAFTA) give Mexico a competitive advantage over other exporting countries. Chile is also a major supplier of fresh fruit, with a 20% share of the US import market, and boasts the advantage of counter-seasonal production, meaning it can offer fresh fruit at times when the US grows little, particularly over November to March. The US is the world’s largest importer of watermelons, taking a fifth of the global import volume, with its main sources being Mexico, Guatemala, Honduras, Costa Rica, and Nicaragua. These five nations also account for nearly all US cantaloupe imports.

The leading fresh fruit exports are apples, grapes, and oranges (including tangerines), with combined sales averaging over $1.5 billion annually, or about half the value of fresh fruit exports. Apples and grapes averaged over $700 million and over $600 million, respectively, in annual export sales during 2008-10, and oranges, over $500 million. Export sales of fresh berries, led by strawberries, more than tripled between 2000 and 2010 for a combined value of over $500 million.

Canada is the leading destination for US fresh fruit, generally accounting for over one-third of all fresh fruit exports. Other major markets are Mexico, Japan, Hong Kong, Taiwan, and South Korea.

The US is among the top melon exporters in the world, ranked third in watermelon exports next to Mexico and Spain and fourth in cantaloupe and other melon exports after Spain, Guatemala, and Brazil. Melon exports increased slightly in share of US melon supplies, from 3-4% in the 1970s and 1980s to an average 7% during the 2000s. Watermelons accounted for more than half of US melon export volume in recent years, averaging over 300 million pounds, nearly one-tenth of the world’s total. An overwhelming majority of watermelon export volume goes to Canada, but Mexico and Japan are also relatively important markets for the US watermelon industry. Canada is also the primary destination for US cantaloupe exports, with Mexico serving as a distant second.