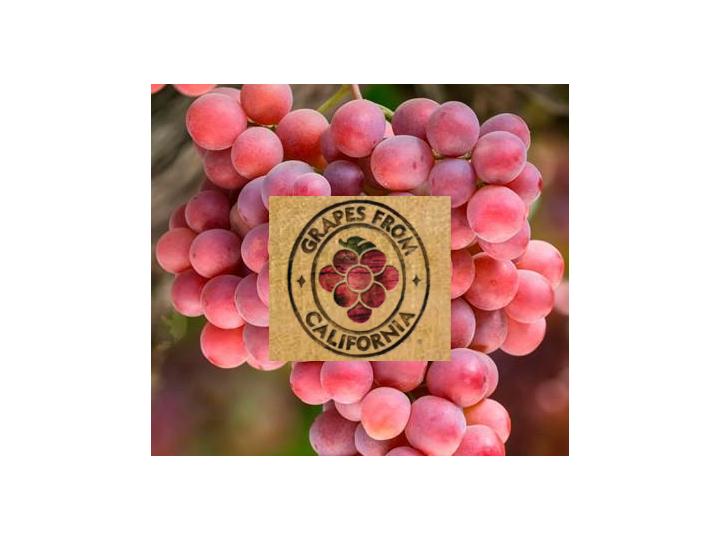 The California table grape season is underway once more, making high quality grapes in three colours and a wide array of varieties (seeded and seedless) available to consumers around the world.

Of the top ten export markets for California table grapes, seven are in Asia, But Canada remains by far the leader, taking 11.3 million 19-pound boxes over the 2015-16 season, followed by Mexico at 5.7 million and China (including Hong Kong) at 3.5 million. Next come the Philippines (1.9 million), Taiwan (1.8 million), Indonesia, Australia, South Korea, Malaysia and Japan. And exports to Central America, Colombia and the Dominican Republic continue to be high, with a combined total of 2 million 19-pound boxes last season.

Retailers in all export markets are now being targeted with promotions to motivate their handling of California grapes in chain-wide, season-long promotions. As part of the marketing plans for the 2016-17 season of California grapes – available from May through January – these promotions could include sales challenges targeting produce managers, display contests, in-store California grape samplings, in-store radio advertising, chef demonstrations at the point-of-purchase, themed holiday promotions in-store, advertising in retailers’ own magazines and customer mailers, as well as unique point of purchase materials including display bins and mascots.

Reflecting the diverse and far-flung markets for California table grapes, themed promotions offered to retail chains include those for the Moon Festival in China, Taiwan and Vietnam, Halloween in New Zealand, Diwali in India and Singapore, plus Father’s Day in Thailand.  Toward the end of the year, themed holiday promotions for Christmas and New Year will be conducted with retail chains in Mexico, Central America, Colombia and Dominican Republic, plus in the Philippines.

Furthermore, promotions targeting consumers and press relations will be launched in several major cities in mainland China to motivate journalists to include stories about the positive attributes of California grapes in their media, with consumers targeted with educational information during the promotions.

California the epicentre of US grape growing

California produced a total of 110.5 million boxes (109.3 million 19‐pound box equivalents) of green, red and black table grapes last season, which was the third largest crop volume in its history and set a new record crop value at $1.83 billion.

“Since the industry surpassed the 100 million box mark for the first time in its history in 2012, the total crop volume has seen three consecutive years over 110 million boxes,” Nave said.

Coachella Valley and San Joaquin Valley are California’s table grape growing regions. The state boasts more than 470 table grape farming operations and grows 99% of all the table grapes grown in the United States.