Add
The harvest remains below potential levels, while the sector faces a series of challenges and negative consumption trends.
Tue 29/11/2022 by Amanda Cardinal

Appolonia
Jakub Krawczyk with part of the sales team of Appolonia 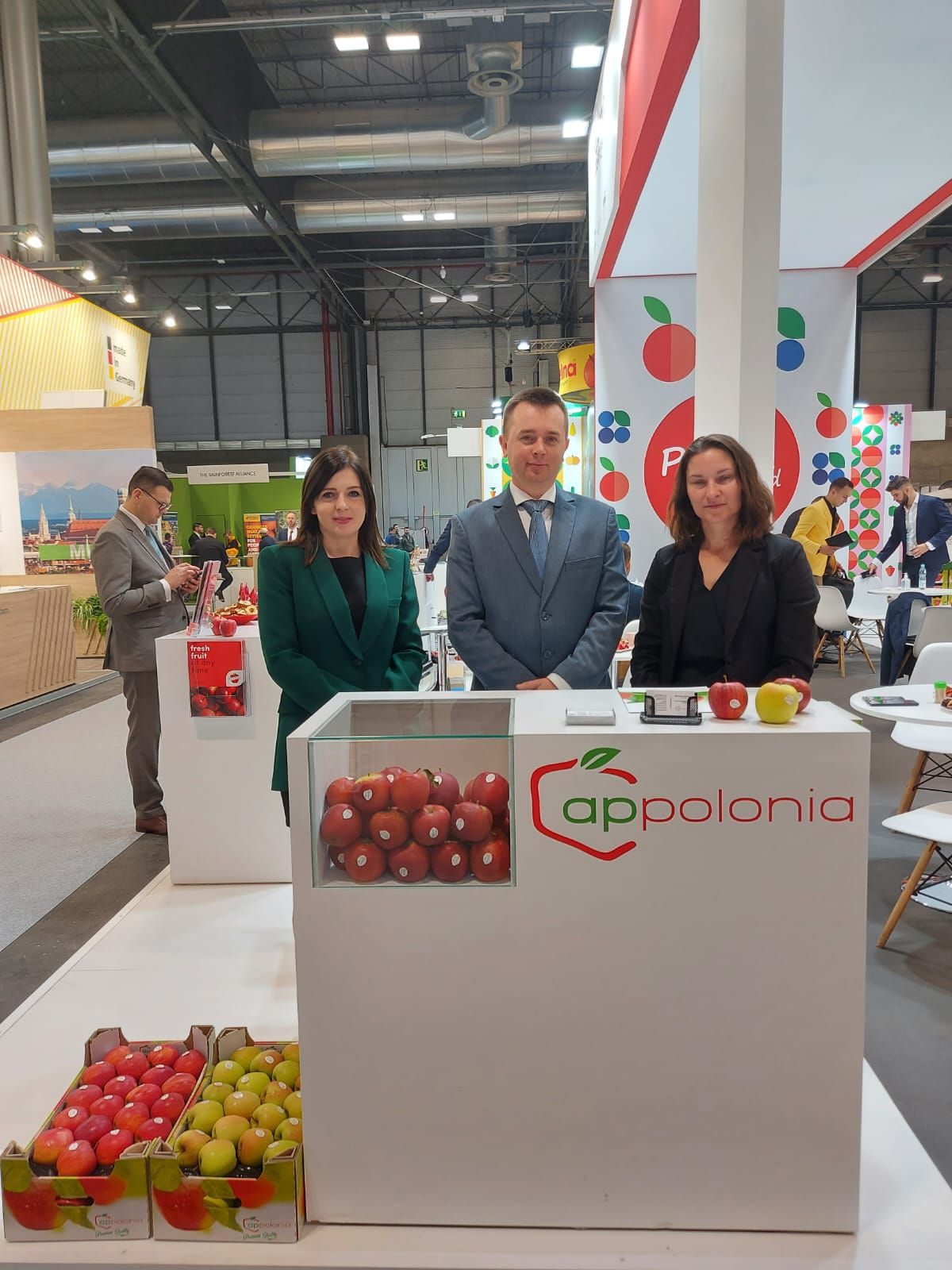 Jakub Krawczyk with part of the sales team of Appolonia 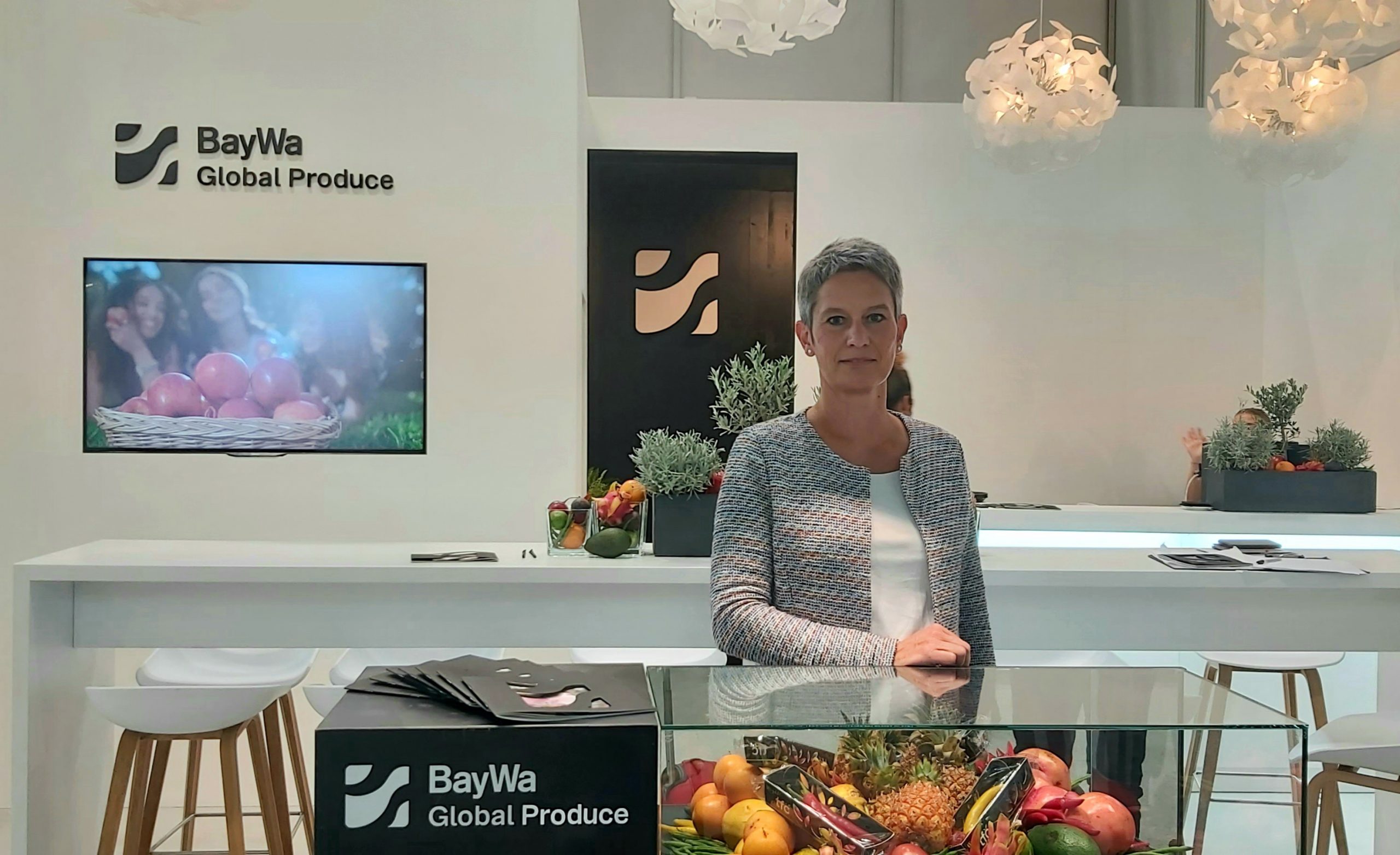 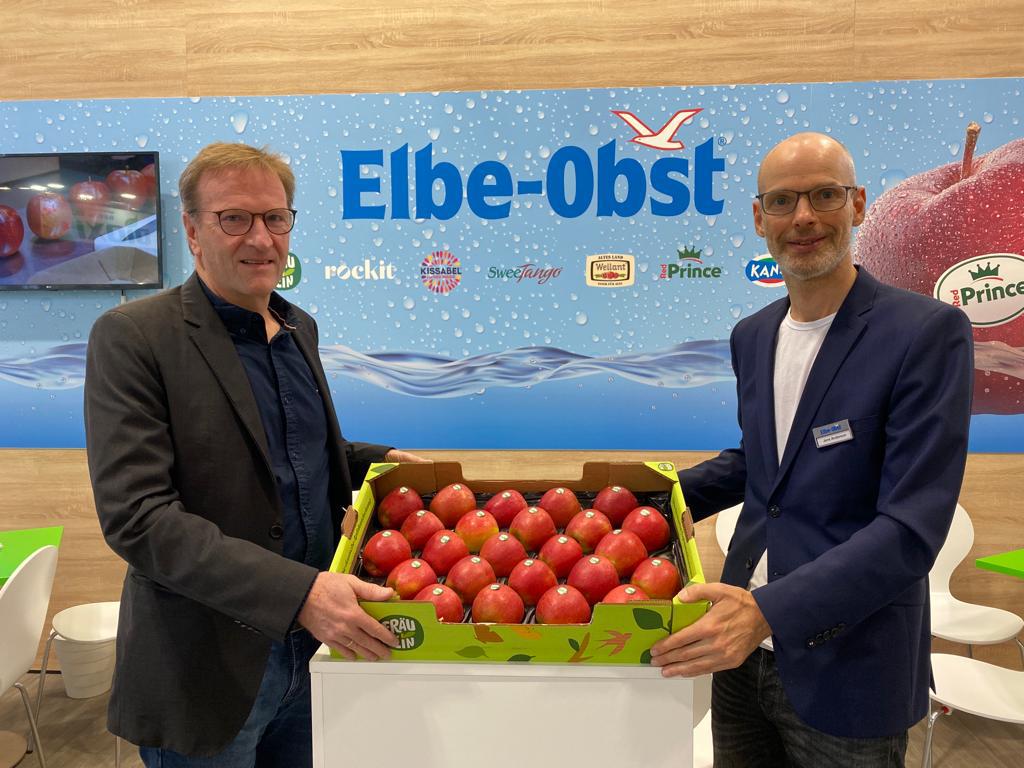 With more than 300 growers located near Hamburg (Germany), the organisation has a combined fruit production area of 5,500 ha, with apples accounting for 90% of the total. The main varieties are Red Prince and Fräulein, the latter being a very juicy and crisp apple that is not too sweet and was discovered by chance. In the three years that the apple has been on the market, over 15,000 tons have been distributed. The initial aim is to conquer the German market before expanding internationally.

Appolonia is an association of 22 Polish fruit producer organisations that sells 120,000 tons of apples per year, and exports Gala Must, Gala Royal and Golden Delicious varieties. In total, Appolonia offers twelve different varieties of apples produced in Poland, the main markets for which are Europe, North Africa, the Middle East and Asia. The focus is on quality, as confirmed by its certificates: IP, GLOBALG.A.P., HACCP, BRC and IFS. The growing region of Mazovia is flat and enjoys a microclimate that gives fresh apples a unique taste.

In 2021, Baywa sold 289,600 tons of apples. This year, the German company is focusing on the Envy brand, expanding its cultivation area, and giving cultivation rights in New Zealand and the US. With a strong presence in both the Northern and Southern Hemispheres, including in Germany and through T&G Global in New Zealand, Baywa is a large supplier with the high-performance logistics required to provide its customers with fresh goods from around the globe throughout the year. Sustainability and climate protection are key pillars of its group-wide strategy, as evidenced by its aim to be climate neutral from 2030 onwards. Baywa is recognised as one of the United Nations’ 50 Sustainability & Climate Leaders and has received high ratings from the CDP (Carbon Disclosure Project).