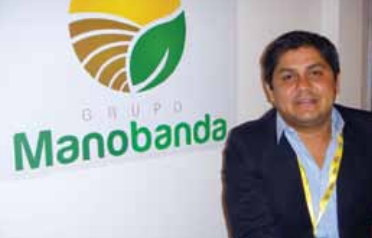 This year kicked off in January with a peak season for Ecuadorian bananas, reaching historical prices of up to $12 dollars per case.

This was due to a falloff in production volumes from neighbouring countries. Due to weather-related issues, Central America and Colombia presented their lowest production figures this year. In turn, this strengthened the supply from Ecuador in the face of increasingly higher demand.

The year 2014 was a record one for Ecuadorian bananas, but the situation changed in 2015, a year in which the sector went through a scenario of sales slowing down related to the devaluation of the Russian ruble and the strength of the dollar against the euro. Jorge Manobanda explains that

“in spite of this, we maintained many clients thanks to the improvement in productivity that the company has achieved and the minimal growth in exports, sacrificing the price of the fruit.”

The surpluses from Central America and Columbia were also a factor that hit Ecuadorian producers in 2015. Added to this there is the fact that the treaty with the European Union has still not come into force, so that Ecuador does not have the tariff advantage enjoyed by other competing countries in the region.

“We have a lot of expectations about this agreement coming into force in order to reverse the situation this year a little,” Manobanda states.

Recently, the national government lowered the benchmark price for a box of bananas, which helps avoid generating false expectations for 2016. Winter in the Northern Hemisphere also creates expectations for an increase in demand, for which

“we hope to keep up the volumes with our usual clients and to have competitive prices in order to be able to be present in the markets.”

Although the Manobanda group has always concentrated on maintaining the quality of their bananas, 2015 was a year when their attention focussed particularly on improving their farms’ levels of productivity, which was achieved by about 10-15%, and on reducing costs to be more competitive. Manobanda believes that

“the markets and the macro-economic situation will improve in 2016 to create a better environment for the Ecuadorian banana industry.”