Add
Company news
The cooperative's programme for summer 2022 is presented at Fruit Logistica. Mirco Zanelli (Sales Director): “After Germany, Great Britain and Scandinavia, we are now also targeting Switzerland, Belgium and the Netherlands”
Wed 13/04/2022 by Apofruit 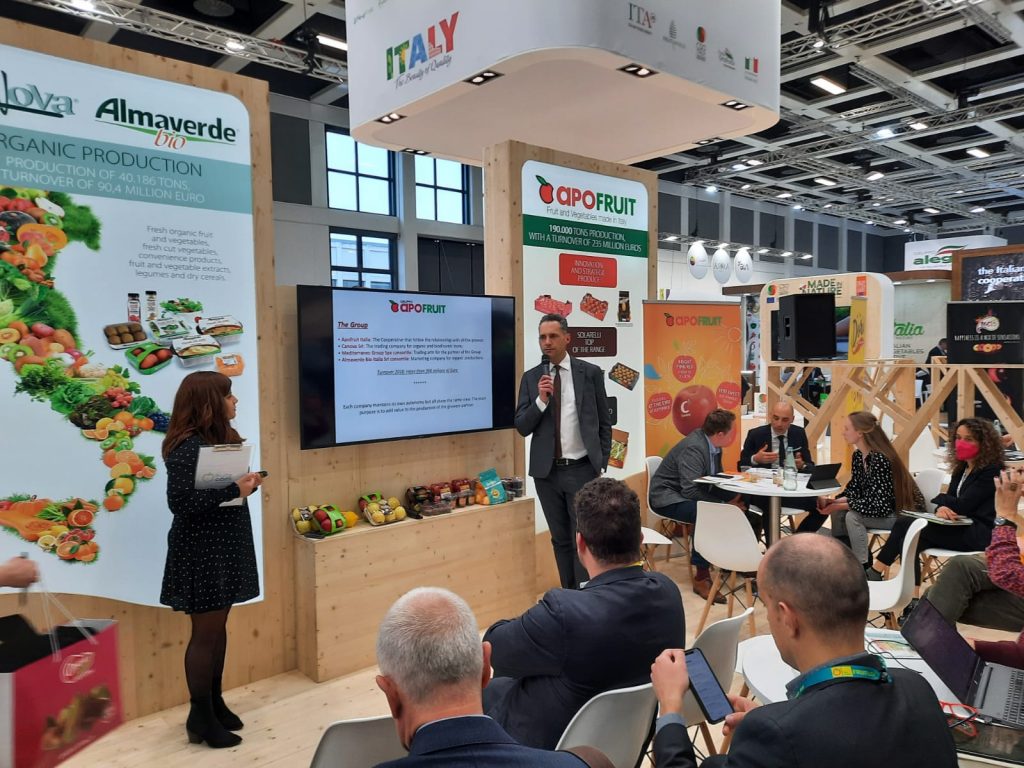 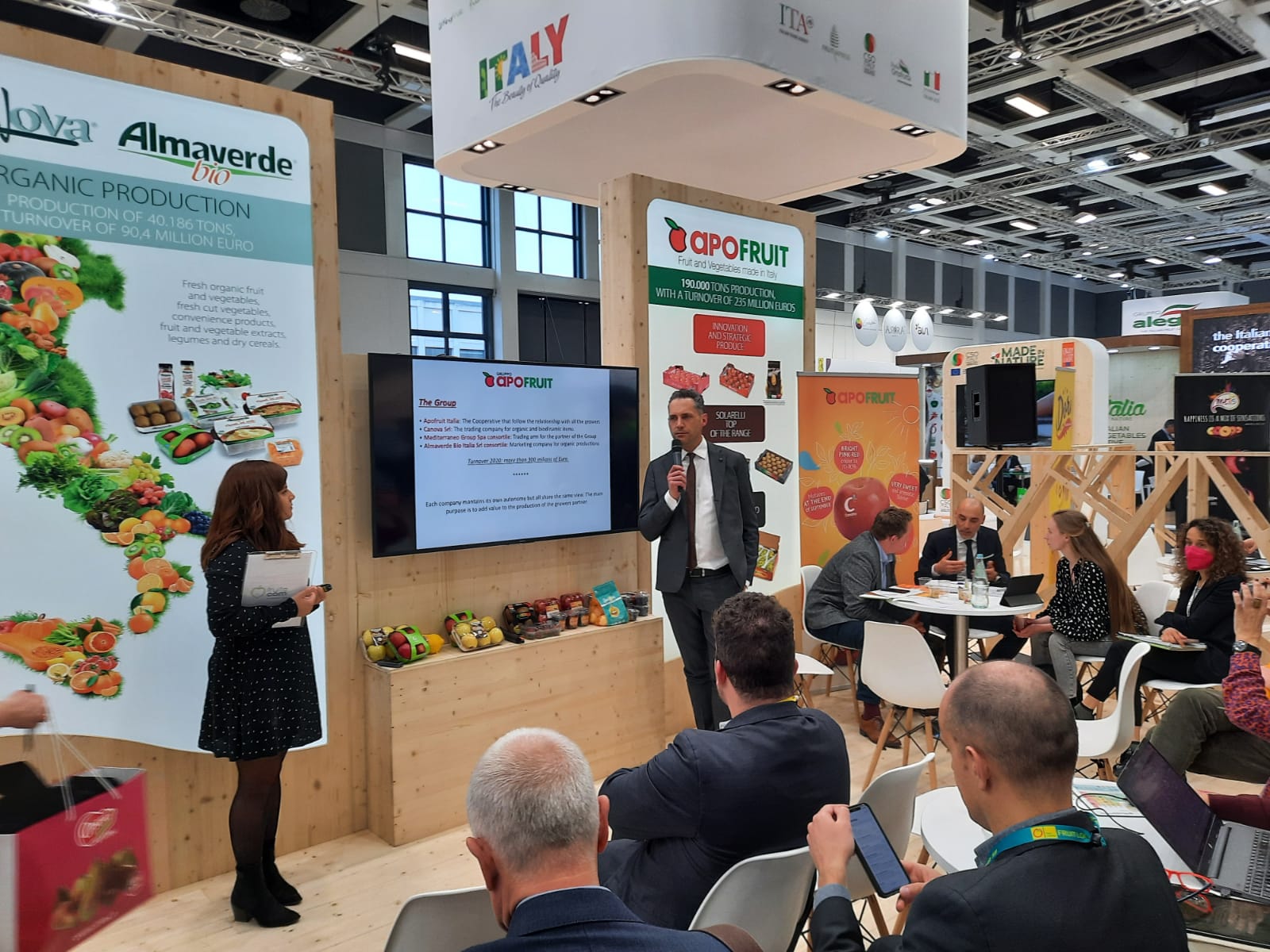 During the 2022 edition of Fruit Logistica, the international fruit and vegetable exhibition, the Cesena-based cooperative Apofruit Italia presented its programme for marketing red apricots on foreign markets. This project is carried out in collaboration with Agricola Guidi, a production company with which Apofruit Italia has been collaborating since 2019, and is managed by Mediterraneo Group, a consortium within the Apofruit Group that is formed by Apofruit Italia and a number of other highly specialised companies.

“From June to September 2022,” explains Mirco Zanelli, Apofruit Sales Director, “for the second year running, we will be extending the marketing of red apricots to other countries, a variety group that is rightly in the premium bracket of one of the most emblematic summer fruits. 2021, with a total of around 800 tonnes marketed between foreign (70%) and Italian (30%) large-scale distribution channels, has already been very well received by consumers, who were prepared to pay an average price that was 35% higher than that of the yellow cultivars for a product that, with its red colour, is more appealing to the eye and has superior organoleptic properties. This year, in particular, the forecast is to arrive on the markets with around 2,000 tonnes, more than double the quantity of the previous year, and to expand our presence in the European large-scale distribution circuits. As well as confirming Germany, Great Britain and Scandinavia, we are also aiming to expand to Switzerland, Belgium, the Netherlands and other countries”.

Marcello Guidi, Apofruit Italy’s overseas market Sales Manager for the apricot project, added: “Modern apricot consumers’ preferences are increasingly oriented towards this special variety group, which covers the entire summer season with fruit at least 2 or 3 degrees brix higher on average than yellow-fleshed cultivars. All the organoleptic properties remain excellent. This is the reason why producers are increasing production in all the most favourable areas, from the North to the South of Italy”. Another important innovation for Apofruit Italia’s red apricots will be packaging. “Last year’s plastic trays,” added Guidi, “will be replaced in the new campaign by cardboard trays and mini tote bags, both in 500 gram format. Apofruit Italia’s commitment to eco-sustainability and reducing environmental impact continues with concrete actions”.

Roberto Guidi, Agricola Guidi’s Sales Director, commented: “The red apricot represents a new Made in Italy excellence that we aim to increasingly export into different countries around the world, Europe above all. Its crispness and low acidity, combined with a sweetness never before seen in this fruit, have already won over the palates of many consumers. However, we are only at the beginning of this project and there is plenty of room to do much more, while at the same time expanding into new markets”.

The red apricot from Apofruit Italia and Agricola Guidi will be distributed by Mediterraneo Group.