French producer is experiencing considerable sales growth in international markets, thanks principally to demand for Charentais melons France’s Soldive is primarily known for being a specialist in the production of […]
Fri 14/02/2014 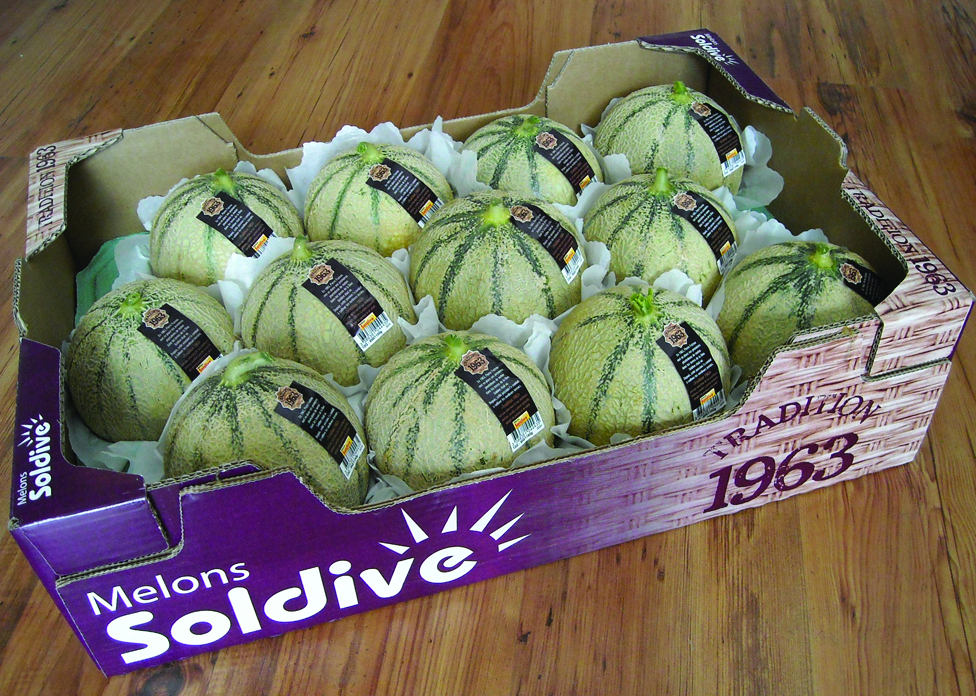 French producer is experiencing considerable sales growth in international markets, thanks principally to demand for Charentais melons
France’s Soldive is primarily known for being a specialist in the production of yellow Charentais melons, producing around 33,000 tonnes of the fruit every year principally in regions of Languedoc and Poitou-Charentes, but also in Spain, Morocco and Senegal.
However, melons are far from Soldive’s only product as the company also produces a range of herb and salad products from its sites in Morocco and Spain, inclusing spinach, rocket, corander, mint, dil, parsley and basil.
In terms of Charentais production, Soldive on average markets 23,000 tonnes from its two French production sites, followed by 6,000 tonnes from Spain, 2,500 tonnes from Morocco and 1,000 tonnes from Senegal.
With Charentais, Soldive’s strategy is very much international in focus, with the company exporting not just across Europe, but also to Russia, Asia and the Middle East. “Soldive has a development approach to exports,” says a spokesperson for the company. “We want to increase our activity more and more and to promote our product in the international markets.” According to the company, Soldive’s focus for the Chanterais is on delivering a recognisably French type of melon, full of flavour, which projects the image of French quality at and international level. “Our strategy for the international markets is to offer high quality melon, which is not known in some countries,” said the spokesperson. “The taste of the yellow Charentais is not comparable to a cantaloupe or a green charentais. This is a melon sweet and aromatic.” By contrast, some 90% of Soldive’s winter salads and herbs are sold within the domestic French market, with the remainder exported to nearby countries including the UK, Germany and Switzerland.
As well as organising seasonal promotions, the company is also a regular at the Fruit Logistica trade fair in Berlin, Germany, where this year it will be present in Hall 21 – C01.
Soldive will also be using its appearance at the exhibition to highlight ‘Tradition’, a premium melon range created in 2010 which aims to select and pack extra quality fruit. In addition, the company is keen to emphasise that all its production sites are certified under the GlobalG.A.P. and LEAF quality standards.
Although it has its headquarters in the French town of Brie, Soldive says it is very much aware of its ethical responsibilities in the countries where it has a production presence, maintaining an active interest in charitable causes.
One example is Senegal, where the company recently took part in the of a school near St Louis where some of our melons are grown, while it has also worked to help the surrounding population with access to drinking water.
Working with Plan International, Soldive also helped provide funding for a surgical procedure in France for a young Senegalese girl, Aissata who suffers from rheumatic heart disease. Following a successful procedure, the firm said the young girl was able to return to Senegal in December last year.

Category: Uncategorized
Tag: melon
We use cookies on our website to give you the most relevant experience by remembering your preferences and repeat visits. By clicking “Accept All”, you consent to the use of ALL the cookies. However, you may visit "Cookie Settings" to provide a controlled consent.
Cookie SettingsAccept All
Manage consent