The UK fresh produce industry celebrated on June 6th, in the evening of the London Produce Show, the outstanding achievements of a top group of winners and finalists of the Fresh […]
Mon 30/06/2014 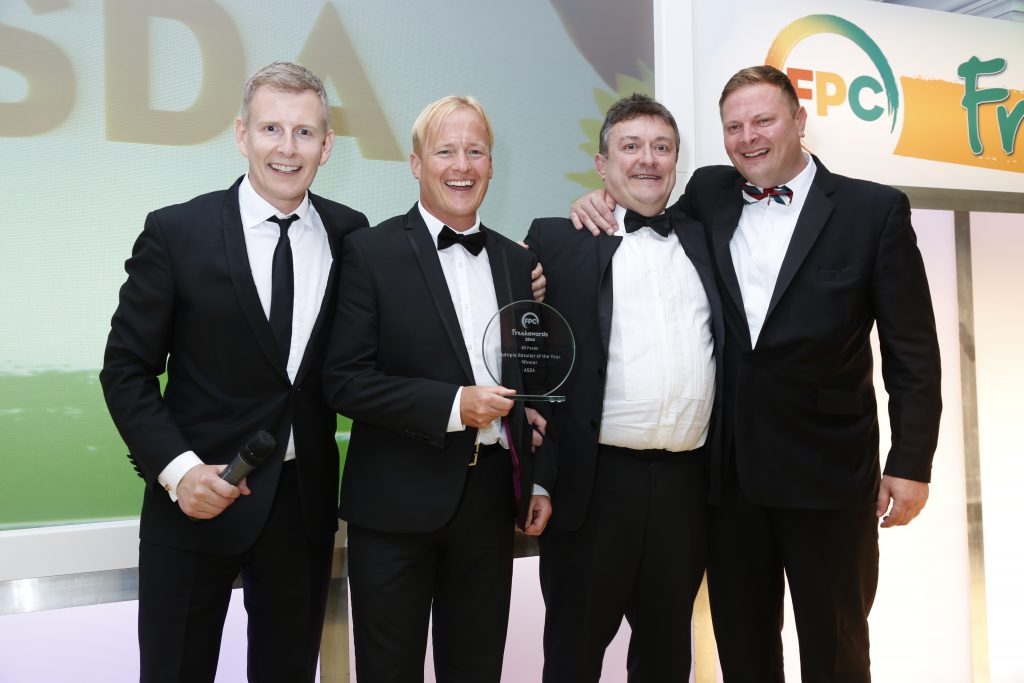 The UK fresh produce industry celebrated on June 6th, in the evening of the London Produce Show, the outstanding achievements of a top group of winners and finalists of the Fresh Produce Consortium’s Fresh Awards 2014. The main sponsors of the 2014 Fresh Awards are Florette and Prophet.

Overall Fresh Produce Business of the Year, sponsored by It’sFresh!, was awarded to AC Goatham & Son. “A commitment to sharing the benefits of trading relationships is the key to AC Goatham & Son’s achievements and recognition as the best by the fresh produce industry,” said Nigel Jenney, Chief Executive of FPC.

Chris Mack, Executive Chairman of Fresca Group, was the winner of the Lifetime Achievement Award, sponsored by Florette. “Chris is universally known in the industry,” commented Nigel Jenney. “His commitment to the business, its growers, customers and people makes him a popular winner of this award.”

Over 450 people attended the Fresh Awards, hosted by Irish funny man and TV/radio presenter Patrick Kielty at the InterContinental on Park Lane.  Seventeen awards were presented by Patrick Kielty and the individual sponsor of each award.

“The Fresh Awards are the ultimate accolade from the UK fresh produce industry to its very best. We’re delighted to recognise strong leadership, innovation and business acumen among this year’s finalists and winners,” said Nigel Jenney.

Supermarket Supplier of the Year: A C Goatham & Son.

Independent Retailer of the Year: Rhubarb & Bramley, in Carshalton, Surrey.

Multiple Retailer of the Year: Asda.

Floral Retailer of the Year sponsored by Zyon UK: Tesco.

FPC asked shoppers to vote online for the winners of the Convenience Retailer, Multiple Retailer and Floral Retailer awards.

Marketing Campaign of the Year sponsored by Prophet: Aldi.

Innovation of the Year sponsored by FPC: Thanet Earth and Hadlow College.