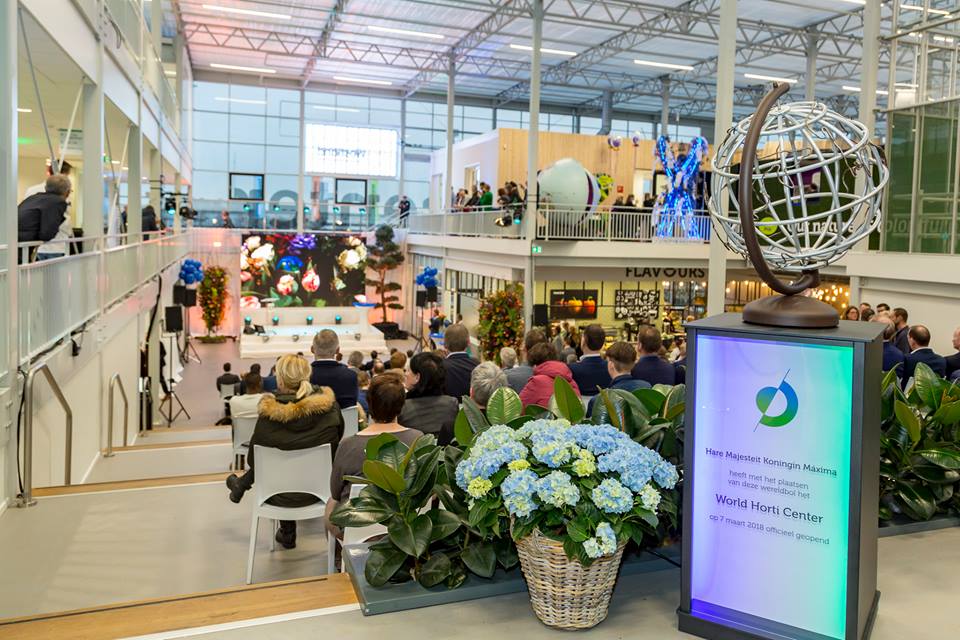 On Wednesday 7 March, Queen Máxima of the Netherlands officially opened the World Horti Centre in Naaldwijk, a worldwide knowledge & innovation centre in the heart of Dutch greenhouse horticulture. The Minister of Agriculture, Nature & Food Quality, Dr. Carola Schouten, was also present at the official opening and underlined the global importance of the Dutch horticulture sector.

The Queen and the minister were led on a tour of the World Horti Centre, which contains a year-round professional trade fair and research greenhouses. Eminent has two research greenhouses in the facility, where the firm presents its latest crops and varieties and informs visitors about the firm’s assortment of specialty vegetables. The minister is reported to have enjoyed sampling for the first time the world’s smallest tomato, the Tomberry®.

Category: Uncategorized
Tags: Netherlands, World Horti Centre
We use cookies on our website to give you the most relevant experience by remembering your preferences and repeat visits. By clicking “Accept All”, you consent to the use of ALL the cookies. However, you may visit "Cookie Settings" to provide a controlled consent.
Cookie SettingsAccept All
Manage consent