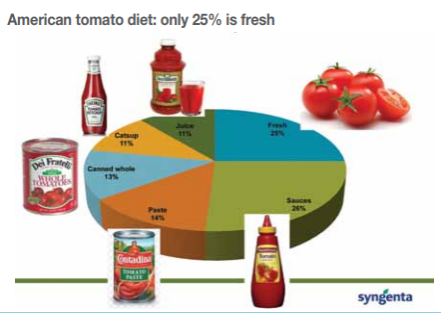 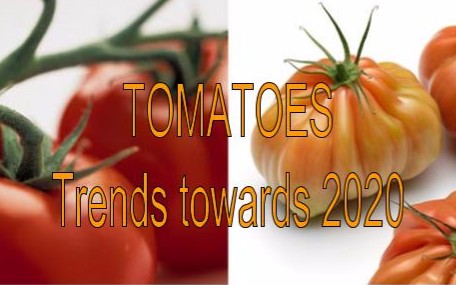 With a lot happening in the tomato sector, such as product innovation, changing expectations from retailers and consumers, and challenging trends, it is time for the in-depth analysis offered by the international conference Tomatoes, trends towards 2020. Being held in Antwerp, Belgium, April 13-15, the conference offers an exciting programme and an interesting platform for stakeholders to meet.
It is also is a way for the LAVA auctions and the Flemish experimental centres to focus on the trends in production, scientific research, marketing and consumption within this product group. The 3-day event offers a varied programme with lectures and discussion forums, as well as taking an in-depth look at day-to-day practice.

Research and marketing under the spotlight
The conference will largely take the form of two parallel sessions, with various speakers going into more detail on scientific research on the one hand and product marketing and sales on the other. Speakers will expand on the topics of quality, sustainability and innovation. The research sessions will tackle the most topical issues such as crop protection, quality, packaging, storage, transport and nutrition. Innovative techniques such as illumination, new growing techniques and mechanisation, selective breeding and physiology will also be on the agenda.

Marketing and consumption
In parallel with the research session, a marketing session will operate, where commercially interested parties can participate in discussion forums and presentations to do with marketing.
On Wednesday 13 April, Philippe Binard (Freshfel) will speak about the production and consumption of tomatoes in the EU. Speakers from various producer regions in the EU will be giving a peek into the trends in tomato production: segmentation, differentiation, marketing and sales methods: Raf De Blaiser (LAVA, Belgium), Marie Deredec (Prince de Bretagne, France), Arne van Aalst (Prominent, Netherlands), Olle Olofsson (Svenska Odlarlaget, Scandinavia) and Jan van der Blom (Coexphal, Spain).
On Thursday 14 April, there will be parallel sessions about research and marketing. Speakers including Jan Schockaert (Colruyt Group) and Ward Verberck (Metro) will share their vision. Other national and international retailers will give their views on the segmentation and sales methods from the point of view of what the consumer wants when it comes to tomatoes.

Food service sector
The food-service sector will also be speaking about the use of tomatoes in the past and in the future. In the afternoon, representatives from Autogrill Europe, Elvea, Starmeal and Reynolds are expected. There will also be the opportunity to listen to a presentation on how sustainability and fair trade are influencing the production, marketing and sales of tomatoes. This will involve the organisations Vredeseilanden, Res Sense and Test Aankoop. At the end of the morning, trend-watcher Adjiedj Bakas will share his views.

Practice meets research
On the final day, Friday 15 April, there is a choice between two different tours with visits to auctions, producers and experimental centres, making for an excellent opportunity to tie in practice with research.

The detailed programme of the three-day event is available at www.tomatoconference2016.be

Source: LAVA (Administrative and Logistic Association of Auctions, the umbrella organisation to promote co-operation among the 5 most important fruit and vegetable auctions in Belgium.)

Category: Uncategorized
Tags: Antwerp, Belgium, events, Radisson Blu Astrid hotel, Tomato conference, tomatoes, Trends towards 2020
We use cookies on our website to give you the most relevant experience by remembering your preferences and repeat visits. By clicking “Accept All”, you consent to the use of ALL the cookies. However, you may visit "Cookie Settings" to provide a controlled consent.
Cookie SettingsAccept All
Manage consent