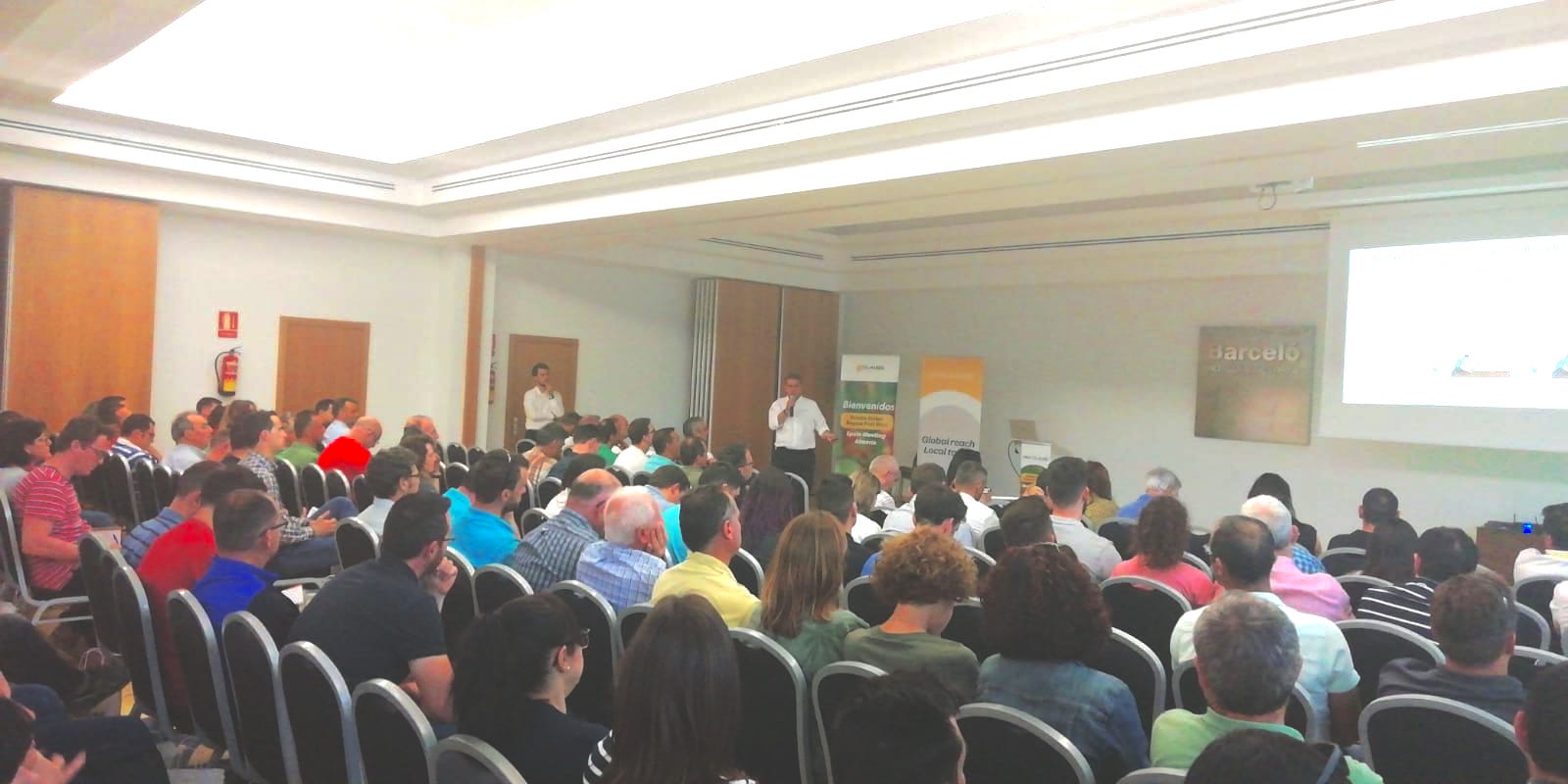 Due to the appearance and rapid spread of the Rugged Virus of Tomato Fruit (ToBRFV), HM.CLAUSE IBÉRICA organised a technical conference in Almeria last Thursday, May 30, attended by more than 250 technicians from the main producing areas of tomato under protected cultivation (Almería, Granada, Murcia). The main topics addressed were identification, awareness, and prevention.

During the day, members of the HM.CLAUSE IBÉRICA team presented research and documentation that it proposes worldwide, explaining the main symptoms, ways of prevention and different lines of work that are already in place.

Due to the mechanical transmission of this virus and its ease of infection, prophylactic measures play a key role in prevention, measures which HM.CLAUSE IBERICA detailed concisely during this day. Attendees were made aware of the importance of adequate prophylaxis during field work, described in detail in a distributed manual. This manual consists of a small guide that describes the main symptoms of this virus, as well as a series of recommendations to prevent its appearance through prophylaxis.

This virus has been detected in tomato-producing countries such as Jordan, Turkey, Mexico or Italy; however, its presence in Spain has not yet been identified, according to official sources.

Category: Uncategorized
Tags: HM. Clause, Rough Tomato Fruit, Virus
We use cookies on our website to give you the most relevant experience by remembering your preferences and repeat visits. By clicking “Accept All”, you consent to the use of ALL the cookies. However, you may visit "Cookie Settings" to provide a controlled consent.
Cookie SettingsAccept All
Manage consent