Weekly exports of premium pineapples from Panama will continue throughout the summer, despite the global pandemic.

La Dona Fruit is a leading producer and exporter of fresh golden pineapples and tropical fruits in Latin America, bringing customers great taste, quality and superior produce. Founded in 1977 by Edna Vergara, La Dona Fruit has grown from a one-acre family farm in the coastal lowlands of Panama to a thriving export business; having partnered with Colombia-headquartered agribusiness management firm Farmfolio in 2018.

The company specializes in growing and supplying the highest quality tropical fruits on the market, including: Golden pineapples, Hass avocados, Tahiti limes, and shortly Kent mangoes, from Panama, Colombia and Peru.

Europe is La Dona’s largest export destination, where buyers comprise major retailers and wholesalers in the UK, France, Spain, Germany, Italy, and Switzerland. The company announces its readiness to satisfy European demand for MD2 pineapples from Panama this summer, after adapting the business to mitigate the global coronavirus (Covid-19) pandemic.

As well as renewing its GLOBALG.A.P. certification, La Dona has introduced additional strict hygiene measures to protect workers at its pineapple farm in La Chorrera, Panama. Where necessary, alternative airfreight and sea freight capacity has been secured quickly to guarantee the continuity of exports.

La Dona Fruit’s Director of Pineapple Operations, Paul Vergara, explains: “Volume has remained pretty steady. We’re exporting over 60 tones of pineapples a week by air and sea to retailers and wholesalers across Europe. In late March, we made a slight switch to more sea freight when air routes became temporarily unavailable. Since early May we’re back up to four flights a week. Air cargo space is limited out of Central America currently, but we’ve worked hard to negotiate space and rates. Now every KLM flight leaving Panama has some of our pineapples on board.”

La Dona brand stands out on the market in Europe and the United Arab Emirates for its plant-ripened, premium quality, airfreighted pineapples. As the business expands, the team is evaluating seafreight technologies that would enable its high-color, high-maturity pineapples to arrive in optimum condition by sea.

Vergara reveals: “During the first few weeks of June we will trial shipping highly-ripened pineapples under different ozone atmosphere conditions to gauge whether we can switch more airfreight volume to containers. Nonetheless, we expect airfreight to return to normal by September as the airlines start to resume routes over the next two to three months.”

On the farm in Panama, La Dona has heightened its hygiene and security requirements; providing training to its 70+ staff as part of its Covid-19 mitigation plan. The company is proud to have retained its workforce throughout the pandemic, and no employees have contracted the disease.

As usual, this year La Dona is offering superior quality pineapples versus its competitors.

Vergara affirms: “Panama receives enough rainfall and sunlight for pineapple production to be really effective, and for quality to be better, in my opinion. By comparison, Costa Rica receives 40 percent more rainfall annually, so their fruit has a higher water content. Our pineapples contain less water, yet they still have a high sugar content, which produces more flavour. We have a bigger quality distinction.”

La Dona supplies golden pineapples year-round. Other markets include: the Netherlands and the USA, where La Dona operates import-promotion desks, the United Arab Emirates, Scandinavia, Poland and Russia. Exports increase by least 30-40% between September and December to satisfy Europe’s traditional peak in demand.

Vergara comments: “It’s going to be a strange year, and difficult to predict week by week. Europeans usually consume local produce over the summer, while pineapple consumption rises again from September onwards. But anything could happen this summer, especially if some countries do have issues finding enough workers to pick local fruit. As always, at La Dona we remain ready to respond to any supply-demand situation in the market.”

In addition to renewing its GlobalGAP certificate, in late February La Dona’s pineapple farm in Panama achieved HACCP accreditation in official recognition of its social responsibility efforts. Next, the firm is exploring other standards, such as Primus and SMETA, in line with the growth of its European retail business. 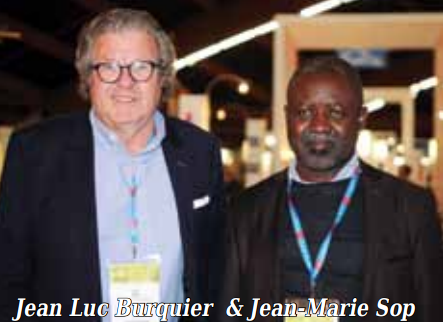 The Cameroonian company UNAPAC, which produces bananas and pineapples, was one of the African market’s representatives invited to the French fair Medfel as importers.

“We have also begun our fruit import activity with French apples this year, with to 2 or 3 containers a week,” said Jean-Marie Sop.

With 23 million inhabitants, Cameroon is one of Africa’s stable markets and is accessible to imports, with a 20% customs duty. “The big retailers have also begun to get established, generating more imports,” Sop said.

Several French channels such as Casino, Leader Price and Système U are already present. UNAPAC also imports pears, table grapes and plums from Europe, as well as citrus from Morocco. France, Italy, Belgium and Spain are the main suppliers.

“The transit time from Le Havre is about 15 days, but we are hit by high freight cost that’s too high, around €3,500 per container.” 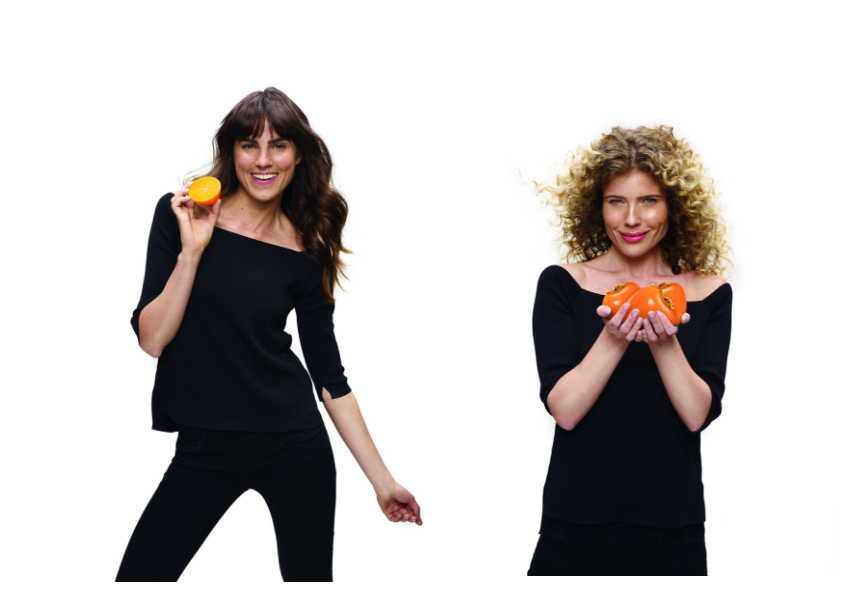 KakiFresh Nature, the Spanish harvesting and packing branch of HillFresh International has recently purchased a young kaki fruit (persimmon, Rojo Billante) plant in Spain, according to a press release by HillFresh

“To meet the fast growing demand of our customers the next logical step is to start with our own plant in Spain. This way we can control things like quality and food-safety,” said Pieter de Jong at HillFresh International.

Several years ago KakiFresh entered the world of kaki fruit by harvesting products at the fruit plants, packing the product and selling it. KakiFresh now also controls the process of growing the kaki. Because of a special harvesting method KakiFresh Nature is capable of supplying a high quality kaki fruit under the HillFresh premium label “Always Tasty”.

Recently HillFresh has expanded its kaki plants to the Southern Hemisphere in order to soon be able to supply the market with kaki fruit year-round.

HillFresh International is an international enterprise founded in 2007. Its main focus is targeted on supplying kiwi, melon, grapes, citrus and kaki with an optimal taste. Products that meet HillFresh highest standards are marketed under the “Always Tasty” label.

Category: Uncategorized
Tags: HillFresh, HillFresh International, Kaki, KakiFresh Nature, melons, persimmon, Pieter de Jong, pineapples, Tropicales del Valle
We use cookies on our website to give you the most relevant experience by remembering your preferences and repeat visits. By clicking “Accept All”, you consent to the use of ALL the cookies. However, you may visit "Cookie Settings" to provide a controlled consent.
Cookie SettingsAccept All
Manage consent