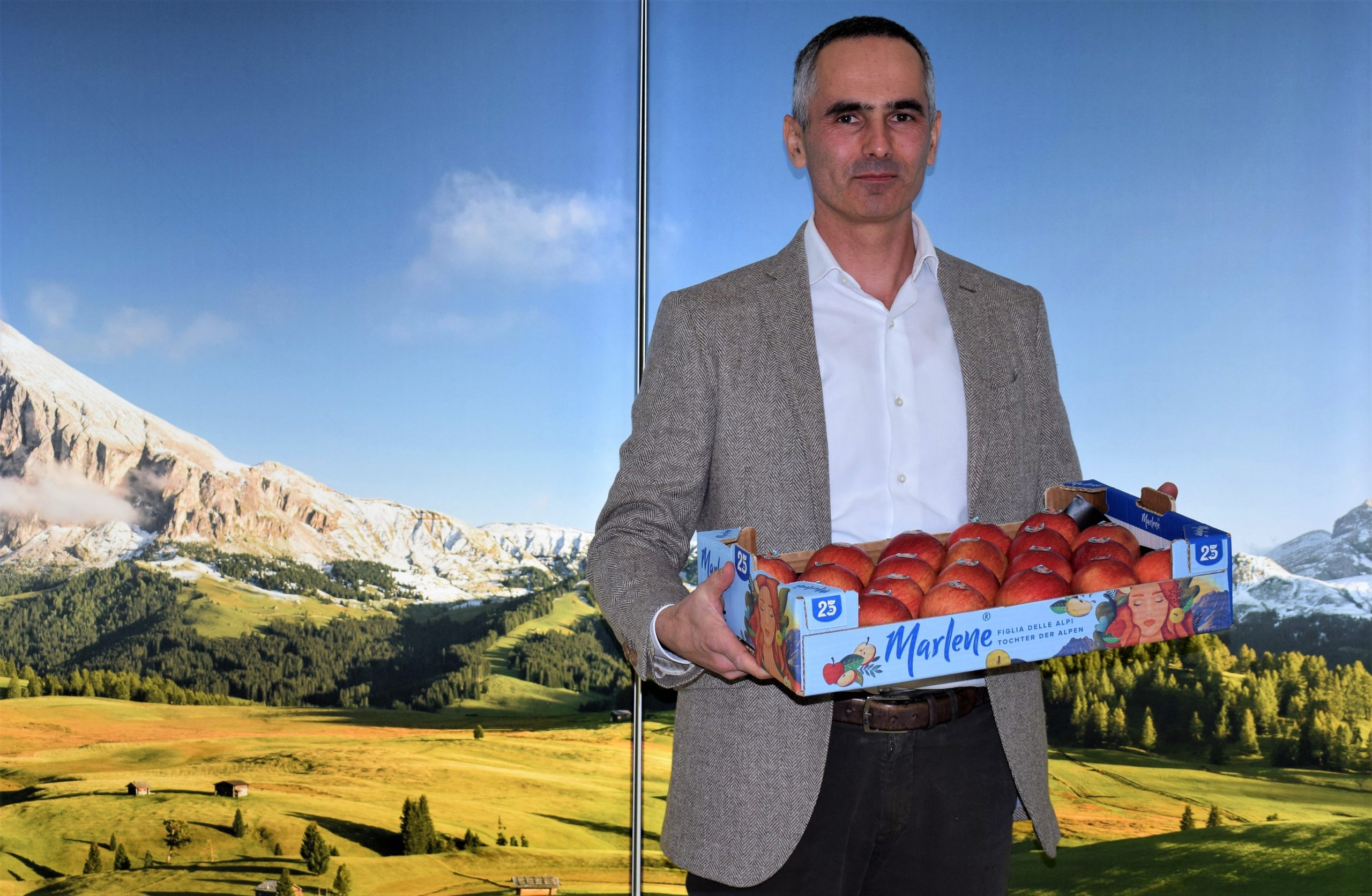 From February, the artwork that won the 25th anniversary digital contest will feature on all stickers.

In the International Year of Fruit and Vegetables, more than 100 million apples will bring a splash of colour to greengrocery departments the world over with Marlene® ’s new look. After the conclusion of the digital contest run by the VOG Consortium to celebrate the South Tyrolean apple’s 25th birthday, the time has now come for the winning artwork, by artist Francesca Cito, to make its market debut.

“Marlene® ’s new look for the rest of the season will feature the beautiful nymph against the natural backdrop of our Alpine home,” explains VOG Consortium Marketing Manager Hannes Tauber. “She will appear not only on Marlene® apple stickers but also on the primary and secondary packaging and all in-store materials, as well as on the special celebratory labels.” A number of in-store activities will also be organised: art exhibitions, point-of-purchase material and special positioning to bring the artworks closer to consumers and redesign fruit and vegetable departments with the distinctive Marlene® colours and artistic language.

The digital contest, in which consumers were asked to create and send in a drawing or image that evoked the world of Marlene® apples, attracted more than 6000 entries from 36 countries. “This high response made the event a resounding success; for the first time, consumers became the protagonists and helped to create the face and image of a very well known international brand, Marlene® , shaping it using their creativity and imagination,” commented VOG Consortium CEO Walter Pardatscher. “This is a new way of communicating, which brings a touch of art into stores, with a positive mood of joy and warmth. The project forms part of the Consortium’s innovative approach, and we hope it will inspire our partners and consumers.”

Marlene® ’s new identity will also be promoted through a high-impact international campaign on TV, in the traditional press and on line. In this phase 25 stories, one for each year of Marlene® ’s life, will combine to tell the tale of the wonderful adventure which began in 1995, and which has now made Marlene® one of the best known, most popular fruit and vegetable sector brands. The project will also star the producers, since their hard work and passion are fundamental to the success of Marlene® apples. But the 25th birthday celebrations will not end here: in spring there will be various specific social media contents and a new contest, again involving Italian and international consumers, with recipes from the many countries where the blue sticker apples are a familiar presence.

Category: Uncategorized
Tags: Apple, Marlene®, new image, VOG
We use cookies on our website to give you the most relevant experience by remembering your preferences and repeat visits. By clicking “Accept All”, you consent to the use of ALL the cookies. However, you may visit "Cookie Settings" to provide a controlled consent.
Cookie SettingsAccept All
Manage consent