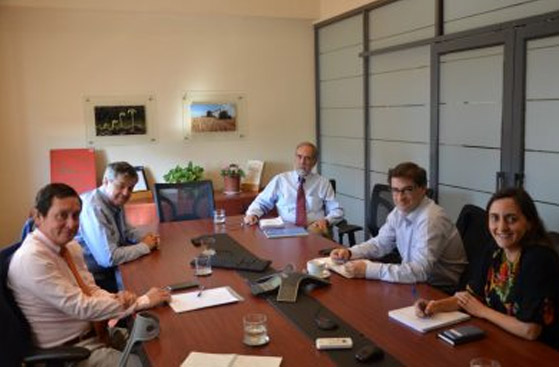 In a meeting between Chile’s main agricultural bodies, representatives of ASOEX pushed for the speeding up of the process of Chilean pears entering China and its avocados entering South Korea. The meeting also discussed the progress of exports of Chilean avocados and blueberries to the Indian market, an agreement that was signed in April 2017 by the Assistant Secretary of Agriculture and the Joint Secretary of the Ministry of Agriculture of India, Ashwani Kumar

Another issue of concern expressed by fruit exporters was the lack of access for Chilean fruits to the Port of Jakarta in Indonesia, a situation that has persisted for about six years, damaging the competitiveness of Chilean fruits, which are forced to enter through the ports of Surabaya and Belawan, over 1,000 km from the main centres of fruit commercialisation. Another subject analysed during the meeting regarded accelerating negotiations to increase the supply of fruits to Vietnam, since only table grapes are currently authorised.

Category: Uncategorized
Tags: Asoex, Chile, China, exports, India, Indonesia, ODEPA, South Korea, Vietnam
We use cookies on our website to give you the most relevant experience by remembering your preferences and repeat visits. By clicking “Accept All”, you consent to the use of ALL the cookies. However, you may visit "Cookie Settings" to provide a controlled consent.
Cookie SettingsAccept All
Manage consent