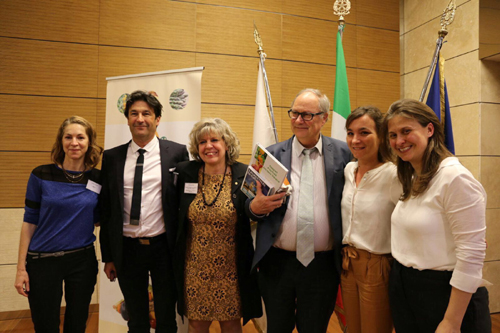 The annual meeting of AREFLH, the association of European fruit and vegetable regions and producers, was held in Bordeaux, at the headquarters of the Nouvelle Aquitaine region. This year’s meeting, coinciding with the end of the mandate of the Regional Minister of the Emilia Romagna Region, which began in 2016, had the objective of renewing all mandates, from the Presidency to the Board of Directors, for a new three-year term.

The outgoing president Simona Caselli was unanimously reconfirmed as the head of the association. She will be assisted by Jean-Louis Moulon, President of the Producers’ Council, also reconfirmed, and by an Administrative Board composed of representatives of the regions and associations of producer organisations.

The meeting provided an opportunity to review the mandate of President Simona Caselli. “I am very happy to be able to renew my mandate at the head of AREFLH. This means that the work accomplished has been appreciated by both the Regions and producers – said the regional minister.

“During these three years, we have achieved the objectives we set ourselves at the beginning of the mandate: The social and geographical base of the association has been broadened, with the entry of 8 APOs and 5 new regions, the latest being the Lazio region; we have renewed the organisational structure, with a new secretariat and the opening of an office in Brussels, to bring us closer to the European institutions; we have encouraged research in this sector by establishing networks at European level with initiatives and conferences and by participating in projects that have obtained significant funding under the European Research Programme Horizon 2020; we have worked on the promotion and awareness of fruit and vegetable consumption with specific publications presented at the main fruit and vegetable fairs in Europe; but above all we have strengthened our role as the European Commission’s privileged interlocutor, achieving results that we could never have achieved alone, as regions or as APOs – she continued.”

“I am thinking, for example, of the increase in withdrawals quotas for peaches and nectarines during the 2017 price crisis. Or the measure that enabled horticultural POs to recognise, in their operational programmes, support for integrated land production and not only for crops included in the CMO.

“All this has been accompanied by constant monitoring and recognition of regulatory developments concerning the common organisation of the market in fruit and vegetables, which has also resulted in the formulation of summary documents and amendment proposals, often adopted by the European legislator. This is the case with contributions to mutual funds, unfair commercial practices and, finally, the proposals for regulations for the 2021-2027 CAP, which led us to draft amendments to protect and strengthen the CMO regime for fruit and vegetables.

This year, AREFLH’s General Assembly welcomed the Deputy Director General of DG AGRI, Rudolf Moegele, who discussed the current state of CAP reform and highlighted the success of the CMO as a model regime for European agriculture after 2020. The Vice-Presidents of Agriculture of the Nouvelle-Aquitaine (Jean-Pierre Raynaud) and Bretagne (Olivier Allain) regions also intervened to analyze the impact of certain provisions of this reform within their respective regions. The meeting ended with presentations by Sabine Brun-Rageul, Deputy Regional Director of DRAAF New Aquitaine and Elisabeth Dirlewanger, Research Director at INRA, who discussed the main environmental and climate challenges that the fruit and vegetable sector is currently facing.

In her closing speech, Simona Caselli concluded the work of this assembly by stating that “the CAP is the only true common European policy, as its name suggests. Decisions concerning our farmers are taken at European level and that is a good thing because they put everyone on an equal footing, without distorting competition. However, we must ensure that the diversity and needs of the different territories, which are also the wealth of our country and the EU, are taken into account. My experience over the past three years shows that by networking, demonstrating competence, making well-founded proposals, you are listened to and get results. Europe is a long way away for those who do not know how to build relationships or who do not want to get closer’’. 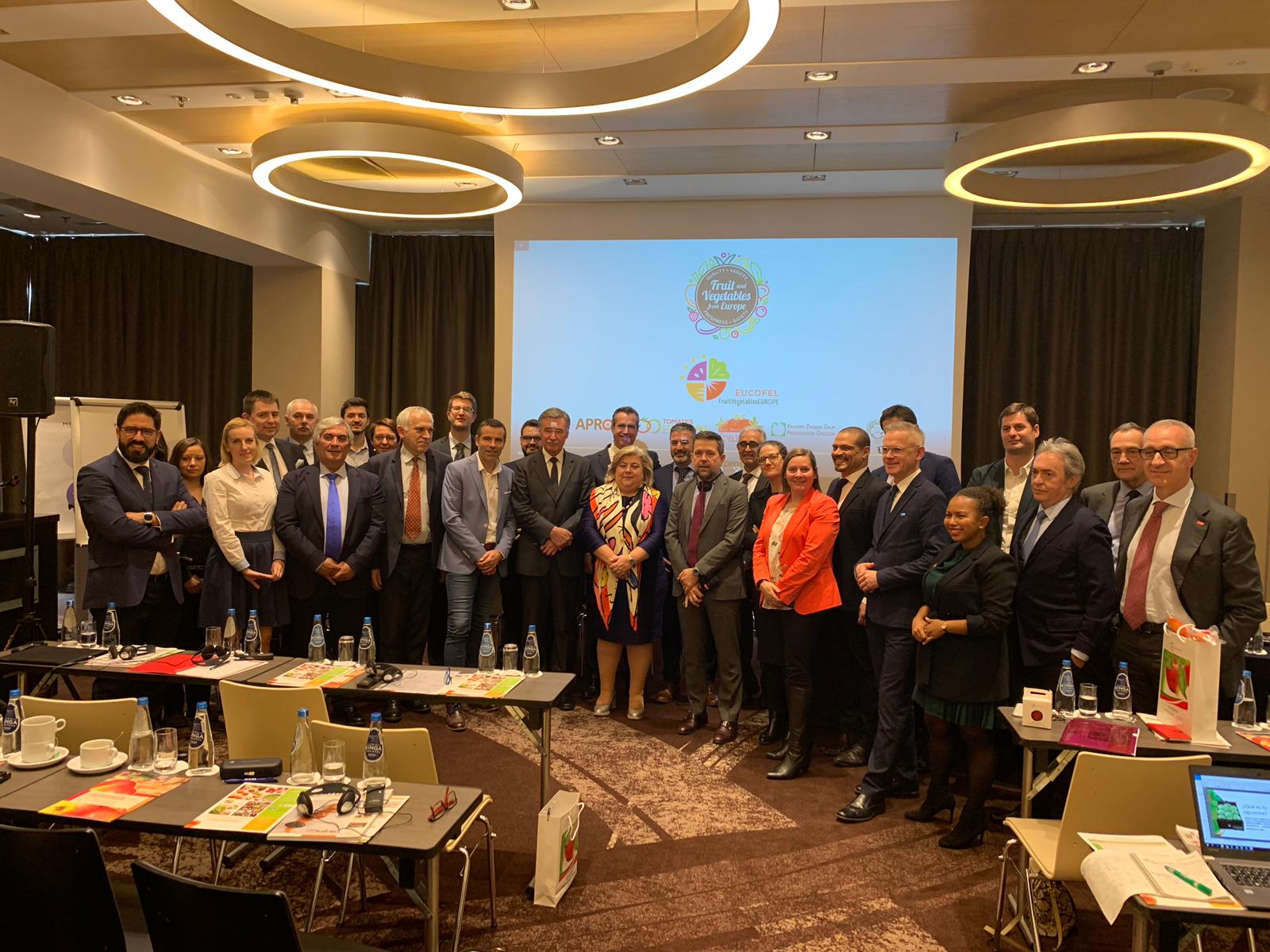 FruitVegetablesEUROPE held its general assembly on 15th March 2019 in Warsaw (Poland). The General Assembly and Event 2019 were dedicated to the future of the European fruit and vegetables sector. Political aspects like the future of the CAP and the CMO, as well as trade opportunities in China, Fruit Attraction 2019 and Innovation & Research played a key role in the debates.

Among other important matters, the General Assembly also presented the Activity Report 2018 and adopted its Roadmap for 2019. In 2019, FruitVegetablesEUROPE will continue defending and promoting the fruit and vegetables produced in the EU.

Monitoring the Future of the CAP, the CMO, the Brexit, the EU Trade negotiations with 3rd countries, the implementation of the UTP directive and establishing a close relationship with the new European Parliament and European Commission would be the key priorities for this year.

Category: Uncategorized
Tags: 2019, FruitVegetablesEurope, General Assembly
We use cookies on our website to give you the most relevant experience by remembering your preferences and repeat visits. By clicking “Accept All”, you consent to the use of ALL the cookies. However, you may visit "Cookie Settings" to provide a controlled consent.
Cookie SettingsAccept All
Manage consent