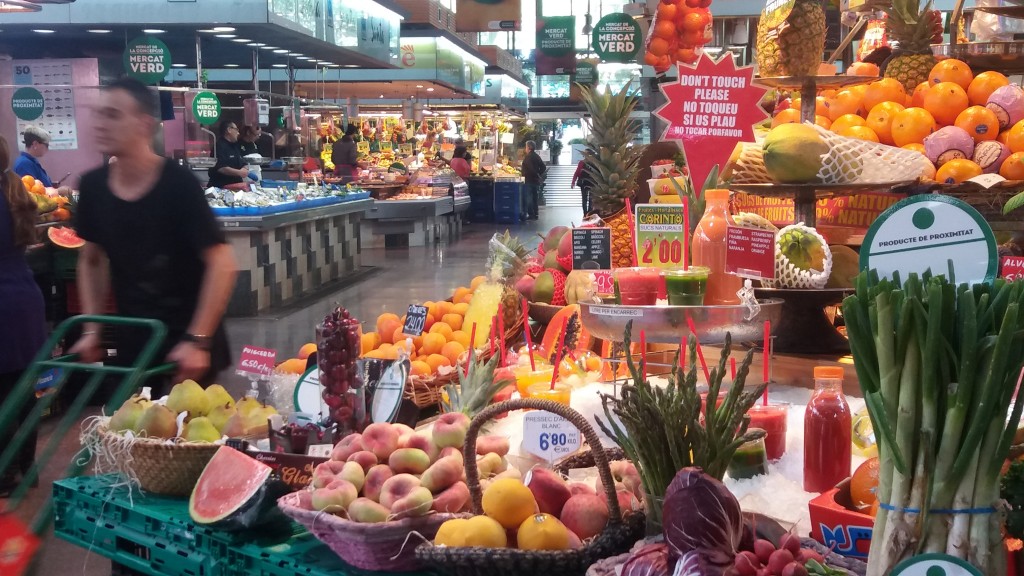 Barcelona has expanded its network of ‘green markets’, an initiative designed to boost the offering of local, organic and otherwise eco-friendly and healthy produce sold at the city’s fresh produce markets.

The programme is supported by measures such as special labelling to make local produce more visible, helping customers become aware of and buy it. In May this year, Barcelona’s councillor for Employment, Enterprise and Tourism, Agustí Colom said about half the products at the then four markets participating in the scheme are local, “but they’re not identified.”

Colom said the aim is for the network of green markets to spread through the city, “favouring the consumption of fresh, quality, local produce, not only as a healthy habit, but also backing local farm production.”

Category: Uncategorized
Tags: Barcelona, Fresh food markets, local food schemes, produce markets, promotion of organic food, Sustainability
We use cookies on our website to give you the most relevant experience by remembering your preferences and repeat visits. By clicking “Accept All”, you consent to the use of ALL the cookies. However, you may visit "Cookie Settings" to provide a controlled consent.
Cookie SettingsAccept All
Manage consent