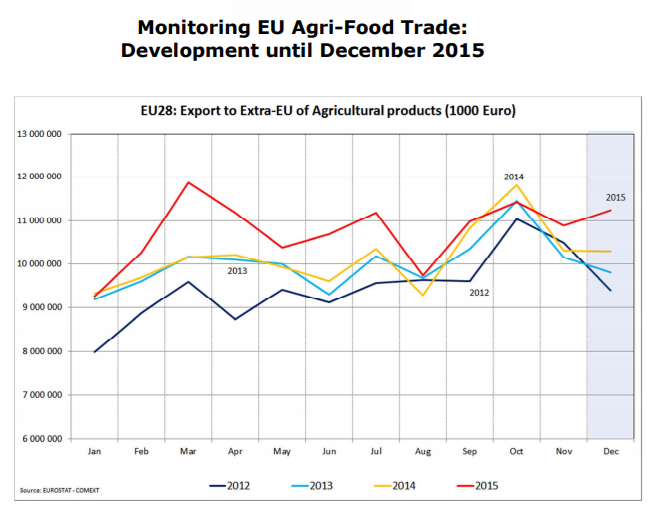 Among other imports of products other than commodities, it highlighted increases including those of:

Regarding those products where the value declined, the report said this was either due to the Russian embargo or the contraction of Chinese demand for dairy products.

Category: Uncategorized
Tags: EU agri-trade, EU exports, EU imports, Tropical fruit
We use cookies on our website to give you the most relevant experience by remembering your preferences and repeat visits. By clicking “Accept All”, you consent to the use of ALL the cookies. However, you may visit "Cookie Settings" to provide a controlled consent.
Cookie SettingsAccept All
Manage consent