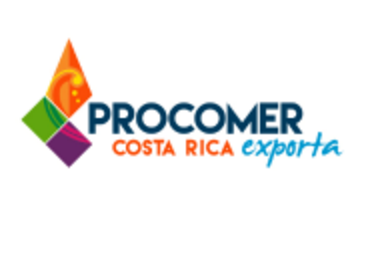 September 3, 2013 saw the launch of the country-brand: Essential COSTA RICA. Gloriana Castro, country-brand manager, describes it as “a commercial tool for all-round competitiveness in economic areas: tourism, foreign investment and exports, all based on the country’s culture.” It essentially reflects what the country is like: small, concentrated and with inhabitants providing a unique value, generated mainly by its people. The brand has 5 key values: excellence, sustainability, innovation, social progress and origin. “Rather than a series of benefits, the country-brand licence for a company is a distinction adding value to its products, providing differentiation, projection of excellence and high standards, corporate image and promotion of the company and its products,” Castro said.

According to PROCOMER in Costa Rica, exports of goods accumulated in the 12 months from October 2014 to September 2015 reached a total of USD 9,847 million, a figure 15% lower than the amount reported for the same month in the previous year, and 13.8% below the average for the last 3-year period. In figures accumulated by the third quarter of 2015, the agricultural sector took pride of place (26%). Main products making up the sector include banana, pineapple, melon and other fruits, both uncooked and frozen, as well as fresh watermelon.

Banana and pineapple are among the products with the most notable contractions in Costa Rican exports, having fallen off by US $103.3 million and US $58.6 million respectively. Both fruits are still under the strong negative impact of weather conditions associated with irregular rainfall patterns that affected the planting period last year, and which determine this year’s crop, as a result of the El Niño phenomenon. This trend is expected to be maintained and recovery is not forecast until 2016. Nevertheless, banana is still one of the main drivers of growth in Europe, as the continent receives a 19% share of total exports from Costa Rica, a situation repeated in Asia, with 4% uptake.

Category: Uncategorized
Tags: Costa Rica, Essential COSTA RICA, Gloriana Castro, Promar, Tropical fruit, tropical produce
We use cookies on our website to give you the most relevant experience by remembering your preferences and repeat visits. By clicking “Accept All”, you consent to the use of ALL the cookies. However, you may visit "Cookie Settings" to provide a controlled consent.
Cookie SettingsAccept All
Manage consent