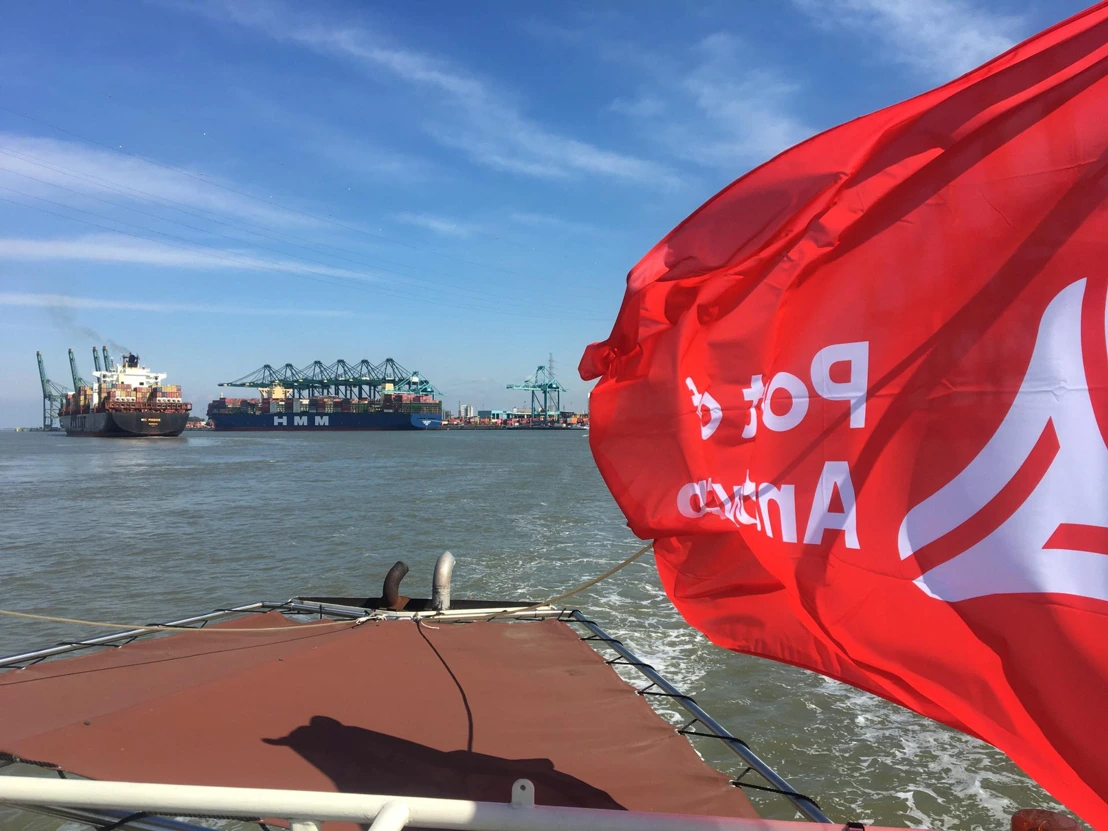 The container ship HMM Algeciras arrived at the Port of Antwerp last Thursday night to load and unload containers at the North Sea Terminal of container handler PSA. It is the newest and largest container ship in the world.

The ship can carry 23,964 TEU (20-foot containers). The Korean ship was delivered on 24 April by the shipyard Daewoo Shipping & Marine Engineering’s Okpo. It is 400 metres long, 61 metres wide and has 23 crew members. The ship is from Yantian (China) and departs for London on Saturday 13 June at 5:30am.

Jacques Vandermeiren, CEO Port of Antwerp: “At the Port of Antwerp, we are resilient. We remained 100% operational during the pandemic, and while we will also see the effects of the coronavirus crisis on our figures, we continue to look ahead with faith in the future. We are delighted to welcome the HMM Algeciras. In doing so, we are showing that our port can receive the largest container ships. This puts Antwerp in a good position for further up-scaling. It is our ambition to continue to grow as a port in a sustainable way, with a finger firmly on the pulse of the global economic situation.”

Jae-hoon Bae, President and CEO of HMM: “Last April was very important for HMM because of two historic events. One of these was the completion of our rebranding process, with the adoption of our official company name ‘HMM’. The other was the delivery of HMM Algeciras, the world’s largest 24K-class container ship. The debut of HMM Algeciras in Europe and the first call at the Port of Antwerp has enormous symbolic significance. I believe that 24K-class ships will serve to ensure a mutual partnership between the Port of Antwerp and HMM.”

Annick De Ridder, port alderman: “Our port continues to dedicate itself successfully to sustainable growth and the arrival of the largest container ship in the world, the HMM Algeciras, is a great recognition of this. It is an incentive that continues to encourage us to carry on building tomorrow’s port today. This is the only way that world players will continue to choose our city as their gateway to Europe.” 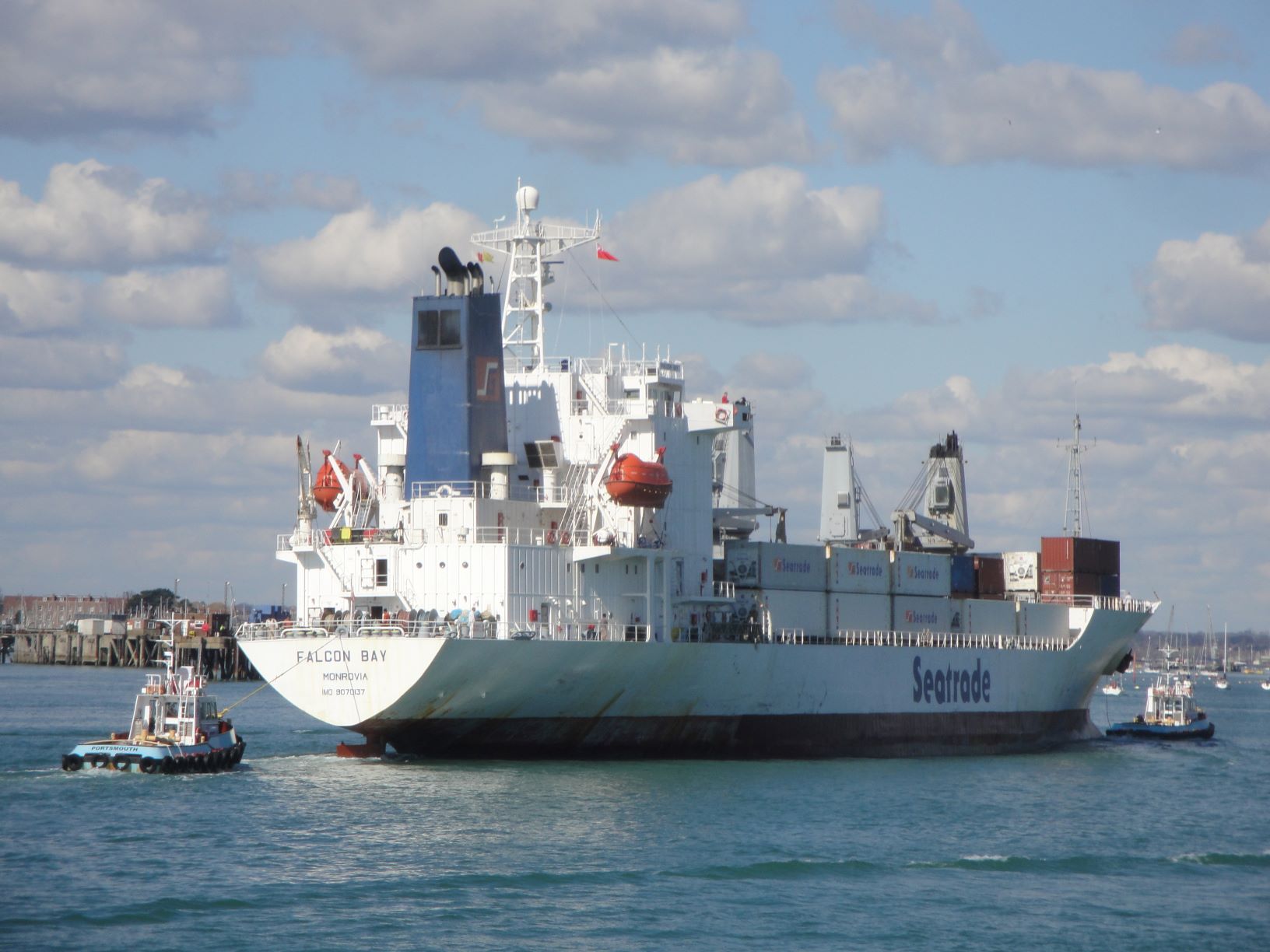 Markets in some areas of the Far East appear to be slowly returning to work, after a major slowdown in the face of the Coronavirus outbreak. Although consumption is starting to recover somewhat, this is still far from being the case across the region, according to Juri Falandt, owner of Dutch company, Milestone. Speaking to FreshPlaza, Falandt said, “It is expected to take at least two to three more weeks before production is at full strength again. However, for now, there is still a huge shortage of truckers. These are needed to transport goods to and from the inland and harbour. Shipping companies have already cancelled many trips employing void sailings. At the moment, it is still reasonably easy to book containers. But, this will become more difficult in the coming weeks. Then, production will reach normal levels. Everyone is going to try and catch up. There will be renewed pressure on rates and space in the coming weeks.”

There are currently an estimated 200,000 reefers stranded in Chinese ports and surrounding countries, according to Seatrade. This represents about 13% of the total number of worldwide reefer containers. There are reports of container ships having to dump their loads or return without unloading because there is nowhere to offload. Seatrade reports that due to the shortage, some companies are currently only able to access 25% of the reefers they require for their goods. “The first tangible structural change is still, at least, eight weeks away. Also, the large container shipping companies have very serious cashflow problems. In an attractive market, they might start charging higher tariffs for their reefers. So, not only will these shortages have long-term repercussions on the market, we can certainly expect these higher prices to continue.” 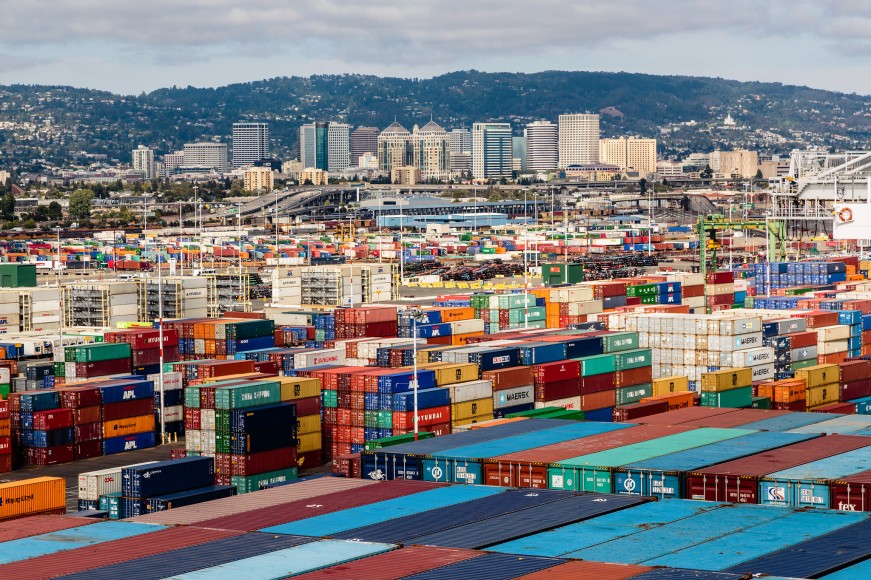 The major exports were oranges and grapes, with the prime destinations being Japan, South Korea and Hong Kong. One advantage that the Port of Oakland offers is its ability to handle temperature-controlled cargo, with refrigerated export containers delivered mainly at night to cut down handling time. The Port is investing further to add hundreds of electrical plug-in spaces for refrigerated containers this summer, which will allow safe storage of larger volumes of perishables.

Co-financed under the EU’s Connecting Europe facility, the Fresh Food Corridors pilot is running for two years until 2018 and also includes links from Slovenia and Italy involving the ports of Koper and Venice.

In each case, the goods are being shipped from Israel by exporter Mehadrin and forwarded by rail in reefer containers equipped with Genset diesel generators.

Including the scheduled 36-hour rail leg, the service will halve transit time from Israel to Rotterdam via Fos to just seven days – extending the shelf life of the goods by a week. As well as reducing forwarding times, the Fresh Food initiative aims to cut transport costs, CO2 emissions and road congestion.

The project builds on EU strategy to develop Motorways of the Sea and multimodal cooperation among member states.

The Marseille Fos port authority said the pilot scheme would further demonstrate the port’s position as a competitive, fast and reliable Mediterranean gateway option for Europe-wide markets – in line with its 2014-2018 strategic plan to base enhanced multimodal performance on expanded rail connections.

Category: Uncategorized
Tags: Connecting Europe, containers, EU programmes, France, Fresh Food Corridors, Logistics, Medfel, Port de Marseille-Fos, Ports
We use cookies on our website to give you the most relevant experience by remembering your preferences and repeat visits. By clicking “Accept All”, you consent to the use of ALL the cookies. However, you may visit "Cookie Settings" to provide a controlled consent.
Cookie SettingsAccept All
Manage consent