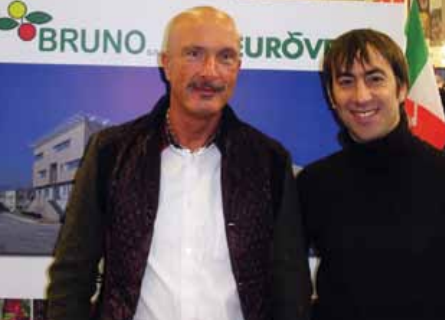 Melons are the items that have seen the most growth out of all of Bruno SRL’s products in recent years, having grown almost six times since starting out. Sales director Corrado Pacchetti said it has been working on melons for around four years now and has gone from 0.7 to 4.5 million kg in volume. “Initially, we started out with just Verona melons and then spread to the regions of Mantua, Tuscany, Apulia and Lazio: this allows us to work with late-harvest products. Despite the merging of new producers entering the market from outside of Verona, at the moment we are in standby mode, with largely the same quantities as last year because the market is saturated. We are continuing to concentrate our exports on large retail organisations, and at the moment we are seeking to break through among the real giants,” he said. And the focus on large retail organisations also has an effect on the varieties that the company works with. “Large retail organisations are demanding medium-small varieties because it’s difficult to sell melons with very large dimensions: we’re hovering around 1.5-1.8 kg. That is why we’re starting with the Gaudio variety and then moving on to Macigno and Sogno, all cantaloupes, and then the 5448 and the 9424,” Pacchetti said.

Category: Uncategorized
Tags: Bruno, Bruno SRL, Corrado Pacchetti, melons
We use cookies on our website to give you the most relevant experience by remembering your preferences and repeat visits. By clicking “Accept All”, you consent to the use of ALL the cookies. However, you may visit "Cookie Settings" to provide a controlled consent.
Cookie SettingsAccept All
Manage consent