Auchan France has laid out its plans to implement the key initiatives established in the 2022 transformation plan. According to Auchan Retail France’s chief executive, Jean-Denis Deweine, the retailer is to focus on five strategic priorities:

Deweine highlighted the need for the hypermarket format to evolve to meet changing needs, and to play a central role in a multichannel strategy. The format could support other stores, with space used to prepare fresh products for Auchan’s supermarkets or used as fulfilment centres for home deliveries. Further space could be reallocated to third party brands, as has been happening recently.

In a bid to reduce reliance on its hypermarkets, Deweine said Auchan is working to lower the share of sales accounted for by the format to 50% by 2025, down from 75% today. This requires an accelerated pace of development and increased growth at its supermarkets and digital channels.

In H1 2020, 12% of Auchan France’s sales were accounted for by Drives or home delivery. Auchan plans to increase this share to 15% by 2022. More Drives will be opened in key urban areas, while Drives will be added to more hypermarkets and supermarkets too. 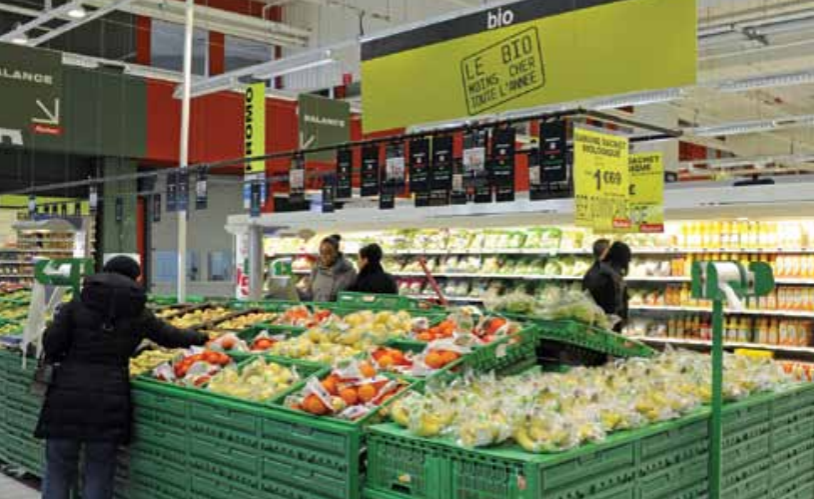 With 143 Auchan hypermarkets, 455 Simply Market and A 2 Pas neighbourhood stores and 162 drive-ins – and a 9.1% market share in fruit and vegetables as of March 2016 – Auchan is a major fruit and vegetable operator in France. Its supplies in France are mainly sourced by its Scofel buying arm, which has seven depots located in the French production basins and at Rungis serving the various Auchan formats (hypermarkets, supermarkets, drive-ins, e-commerce, fresh-cut stands, sushi stands, etc.) and also other operators. “This multi-channel distribution means Scofel works simultaneously with large volumes and small quantities. Our range is both very wide and very deep, with over 450 different products at any moment,” said Auchan’s chief fruit and vegetable buyer Philippe Beyaert. Nearly 70% of purchases other than citrus fruit and exotic products are sourced within France, including 36% locally and regionally, of which 3% are bought directly by the stores themselves. Imported products are bought by the Zenaco purchasing office in Alicante (Spain), which serves all the Auchan stores in Europe. The main import origins are Spain, Belgium and the Netherlands, Morocco at the start of the season and Italy. However, Zenaco also buys bananas from Ecuador, the Ivory Coast and the Dominican Republic, pineapples from Costa Rica, pomelos and sweet potatoes from the US and tomatoes from Poland, among others.

In view of the consumers’ demands for healthy products and to ensure supply continuity, a year ago the group began to develop ‘responsible Auchan supply chains’. “A responsible Auchan supply chain is based on long-term respectful partnership, good eating quality and traceability and strong social and environmental involvement,” explained Philippe Beyaert. “The aim is to lead the growers into progressive initiatives to reassure consumers.” Five responsible supply chains have already been developed for fruit and vegetables: organic carrots from the Landes, Samba variety potatoes, Golden Altitude apples from the Limousin and the Alps, Corsican clementines and kiwifruit from the Adour. Two or three more are under development and the aim is to reach around 20 responsible Auchan supply chains for fruit and vegetables. Another growth sector is organic products, which currently account for 5% by volume. To complete the range of organic products sold in its hypermarkets and supermarkets, in 2012 the group established Coeur de Nature, a volume supermarket devoted to organic produce, and in September 2016 it opened a Coeur de Nature neighbourhood store. Increasingly the group is also focusing on proximity, developing its 500 to 3000 m² Simply Market stores and, for the past three years, its ultra-proximity A 2 Pas superettes with under 500 m² floor space.

The growth of e-commerce and fresh-cut products

Auchan sells 85% of its fruit and vegetables in hypermarkets and neighbourhood stores. The other 15% are sold through drive-ins, whether free-standing (Chronodrive) or attached to hypermarkets, and through Auchan Direct, the Internet ordering and home delivery service. These two sectors are seeing strong growth. The products are mostly sold under the Auchan, Auchan Bio and MMM brands for top-of-the-range items and under a logo showing a thumb for the ‘best price’ range. There is also a Rik et Rok brand for children, with products such as seedless watermelons, seedless grapes and cherry tomatoes. However, branding developments are under study following the Paris District Court’s decision to annul the Simply and Simply Market brands as being too generic. As the group’s motto is “the best fresh fruit and vegetables at the best price”, all year round the stores have an island display of seven fruits and vegetables, such as bananas or round tomatoes, for sale at under €1/kg. Auchan has also recently been developing the fresh-cut niche. ‘La Fraîcherie’ stands for the start-up of the same name are gradually being installed in all Auchan hypermarkets, while the smaller stores offer self-service fresh-cut products. 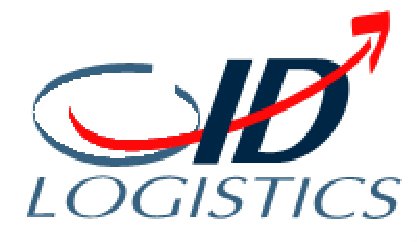