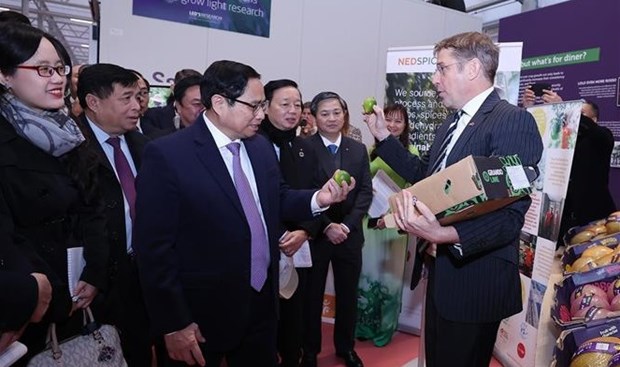 During a trade visit to the Netherlands last week, Vietnamese Prime Minister Phạm Minh Chính said that he hopes to see more collaboration between his country and the Dutch in the field of horticulture. During his visit, he was shown a range of high-tech greenhouse technologies being developed. Also on display were a selection of Vietnamese pomelo and lime offerings, sent to Europe by The Fruit Republic, one of Vietnam’s leading citrus exporters. Hoan was delighted to see seedless limes grown by the My Long cooperative in his native Dong Thap province.

Van Wijk said: “The Fruit Republic would like to get market access for Vietnamese citrus to Japan, Korea and Thailand. These large consumer markets import citrus from all over the world, but Vietnamese citrus cannot yet enter this high-potential market. Shipping from Vietnam to Japan or Korea is only seven days, while many other countries who export to these markets require three or four weeks of shipping.”

With the aid of high-tech growing systems, Chinh said Vietnam had enormous potential to boost its agricultural exports. He hoped increased collaboration with countries like the Netherlands would help facilitate increased trade.