Advertisment
The Union Corp. and the Association of Organisations of Banana Producers of the Canary Islands (ASPROCAN) announced at the Fruit Attraction Fair in Madrid the start of freezing tests of […]
Wed 13/10/2021 by LA UNION, translation by Richard Wilkinson 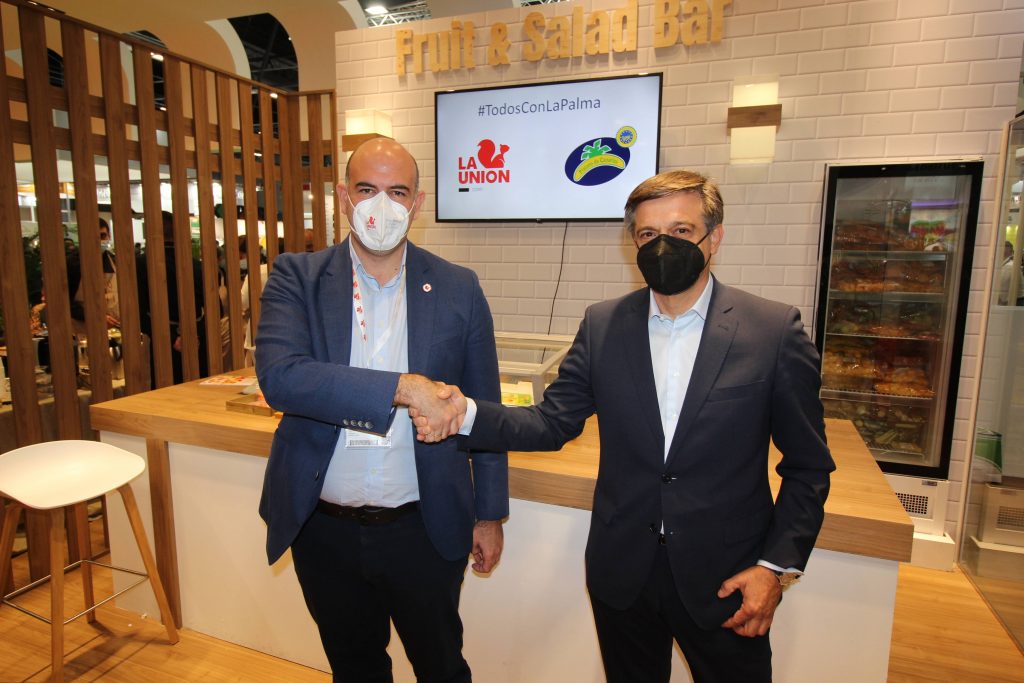 The Union Corp. and the Association of Organisations of Banana Producers of the Canary Islands (ASPROCAN) announced at the Fruit Attraction Fair in Madrid the start of freezing tests of the Banana from the Canary Islands damaged by the ashes of the La Palma volcano, using a new technology that manages to keep the fruit for as long as necessary, preserving all its flavour and nutrient qualities once it is thawed.

The objective of this initiative is to fight against the food waste of a product that, although it is in perfect condition for consumption, according to EU regulations, is not suitable to be marketed because its external appearance is damaged. All the fruit, once treated, cut and packaged, will be donated to soup kitchens, which is aimed at alleviating the inevitable losses that the La Palma banana producers are currently suffering, while giving the product a second chance and helping those most in need.

The damaged fruit will be collected in La Palma for subsequent transfer to the new freezing and processing plant in Almería, where it will be processed to be packaged and sent to different food banks throughout Spain.

Currently on La Palma there are more than 10,000 families that depend on the Canaries Banana who are suffering increasing losses due to the relentless advance of the ash on their crops. Domingo Martín Ortega, president of ASPROCAN, said: “The Association is working on different alternatives to make the maximum possible volume of fruit available from the island of La Palma. This new conservation technology may be one of them, and may become an interesting complement for the longer term.”