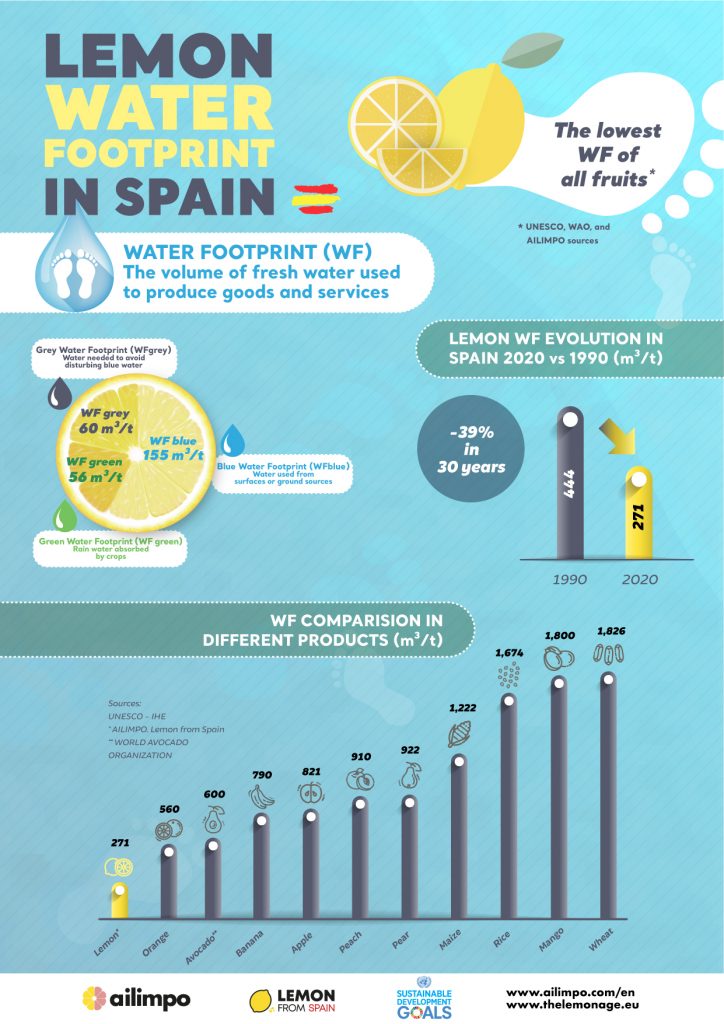 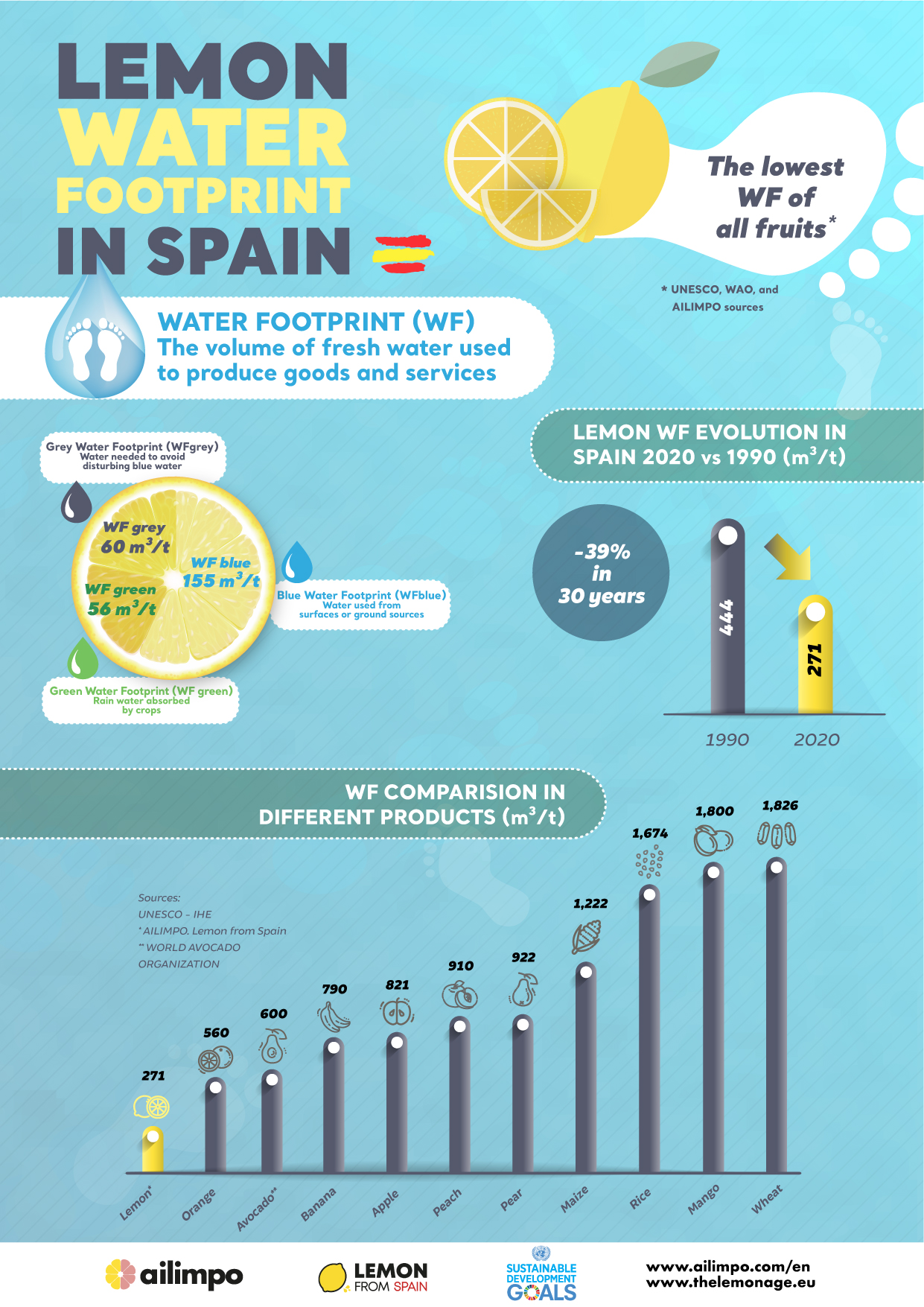 The Spanish lemon has managed to reduce its water footprint to 271 m 3 /tonne, positioning itself as the fruit with the lowest water footprint among all those grown in the country , according to the report ‘Water footprint of lemons in Spain’ carried out by the Interprofessional Association Lemon and Grapefruit (AILIMPO).

“Lemon cultivation is an example in the optimal use and management of water”, they point out from AILIMPO.

This is due to the fact that the steps taken in irrigation and fertilization have managed to increase farm productivity by 274% over the last 30 years, obtaining greater production per amount of water used.

What is the water footprint?

Pioneers in calculating the water footprint

“The calculation of the water footprint is part of AILIMPO’s sustainability policy in the environmental field, whose purpose is to align with points 6 and 12 of the Sustainable Development Goals (SDG) of the United Nations (UN), which they refer to guaranteeing the availability and sustainable management of water and sanitation for all people, as well as professing responsible consumption”, explains AILIMPO.

This innovative work carried out from the interprofessional has followed the methodology established by Water Footprint Network (WFN), which is the world reference organization, offering information on the water footprint of lemons produced in Spain by variety and province. In addition, the data obtained has been compared to see its evolution in the last 30 years and contrast the footprint of the lemon with respect to other fruits.

The keys: good use of water and increased productivity

Lemon cultivation is a model in the optimal use and management of irrigation water thanks to the investments made in storage and distribution infrastructures. In this way, 84% of the cultivated area uses localized irrigation systems, making more efficient use of water and nutritional resources of plants. This situation has managed to increase productivity, which is currently 274% higher than 30 years ago, also causing the water footprint of Spanish lemons to be currently 173 m 3 /t lower than in 1990 (39% less).

However, and despite the positive data contained in the aforementioned report, Spanish lemon producers continue to work to further reduce their water footprint , increasing investments in precision agriculture technologies to maximize productivity and minimize the use of water. water with techniques such as monitoring the water in the soil, placing mulch plastic on crop lines, covering irrigation ponds or reducing the use of inputs, among others.