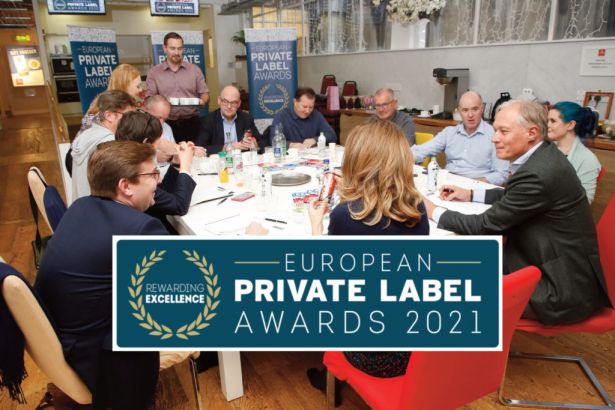 The winners of the 2021 European Private Label Awards have been announced, with retailers from Germany, Italy, the Netherlands, Denmark, Finland, Portugal and the Baltic region taking the top honours across 14 award categories. The Awards, which are organised by ESM: European Supermarket Magazine, celebrate excellence in store brand innovation, and are open to both retailers and suppliers operating in the European grocery industry.

In addition, for the first time this year, ESM launched three new cross-category awards, which honoured the ‘best of the best’ in terms of the three main judging pillars – the award for Innovative Product of The Year went to REWE Group, while the Packaging Excellence Award and the Taste Excellence Award were won by Conad.

“With the pandemic having altered shopping behaviour significantly over the past 12 months, the need for retailers to maintain a strong private label offering has never been as important,” said Stephen Wynne-Jones, editor, ESM: European Supermarket Magazine. “The winners and finalists in this year’s European Private Label Awards demonstrate why store brands continue to be a force to be reckoned with in European grocery, in many cases surpassing their branded counterparts.”

In addition, Trace One, the leading platform for connecting retailers and suppliers, has teamed up with ESM: European Supermarket Magazine to offer a special prize to all winners and finalists in this year’s European Private Label Awards. For more information about Trace One, visit www.traceone.com.