Add
The hypermarket chain – which has expanded its store network in Germany, integrating 58 former Real supermarkets under its banner last year – wants its suppliers to follow its lead and lower their own emissions.
Mon 30/05/2022 by Julie Butler 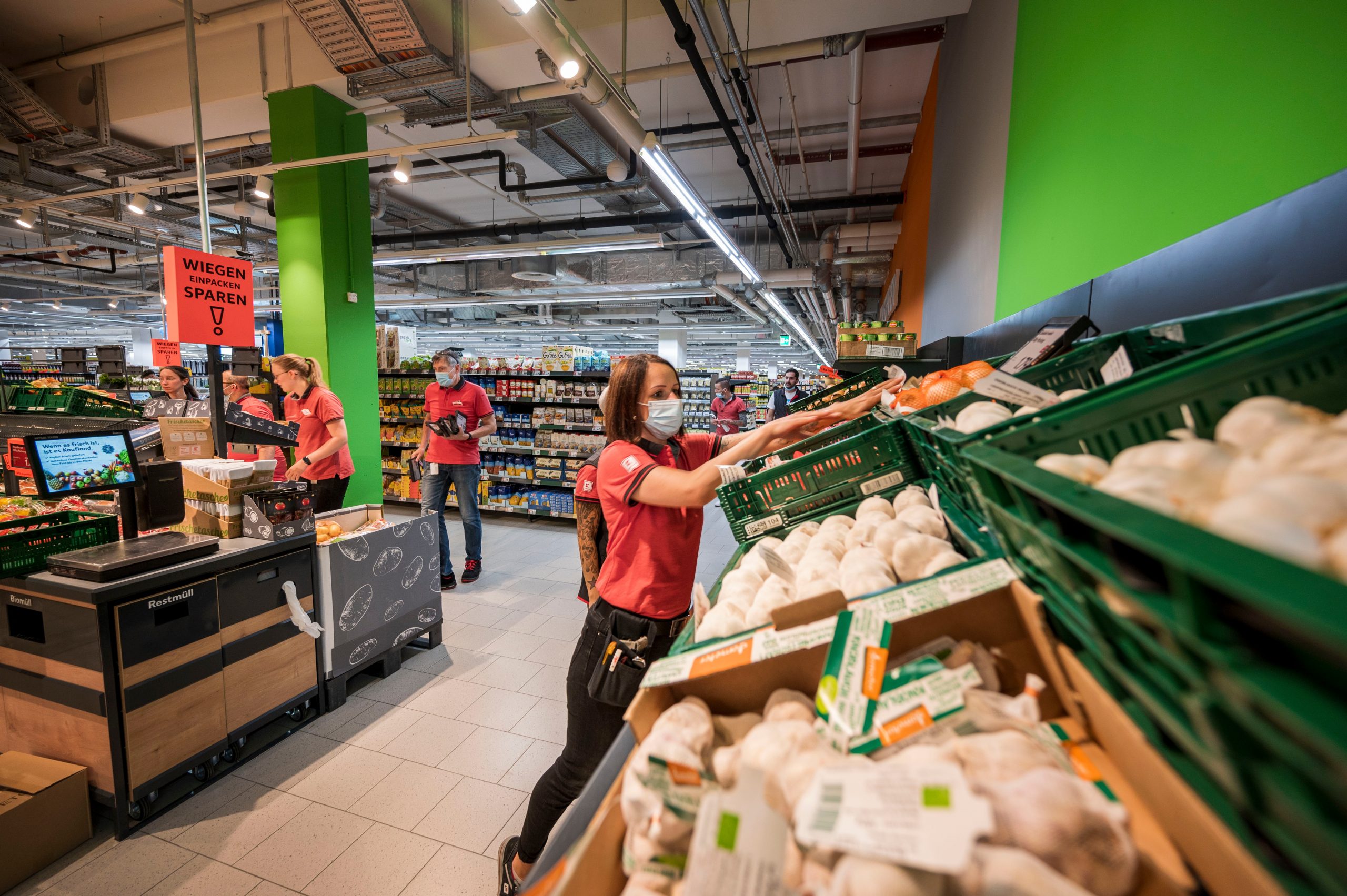 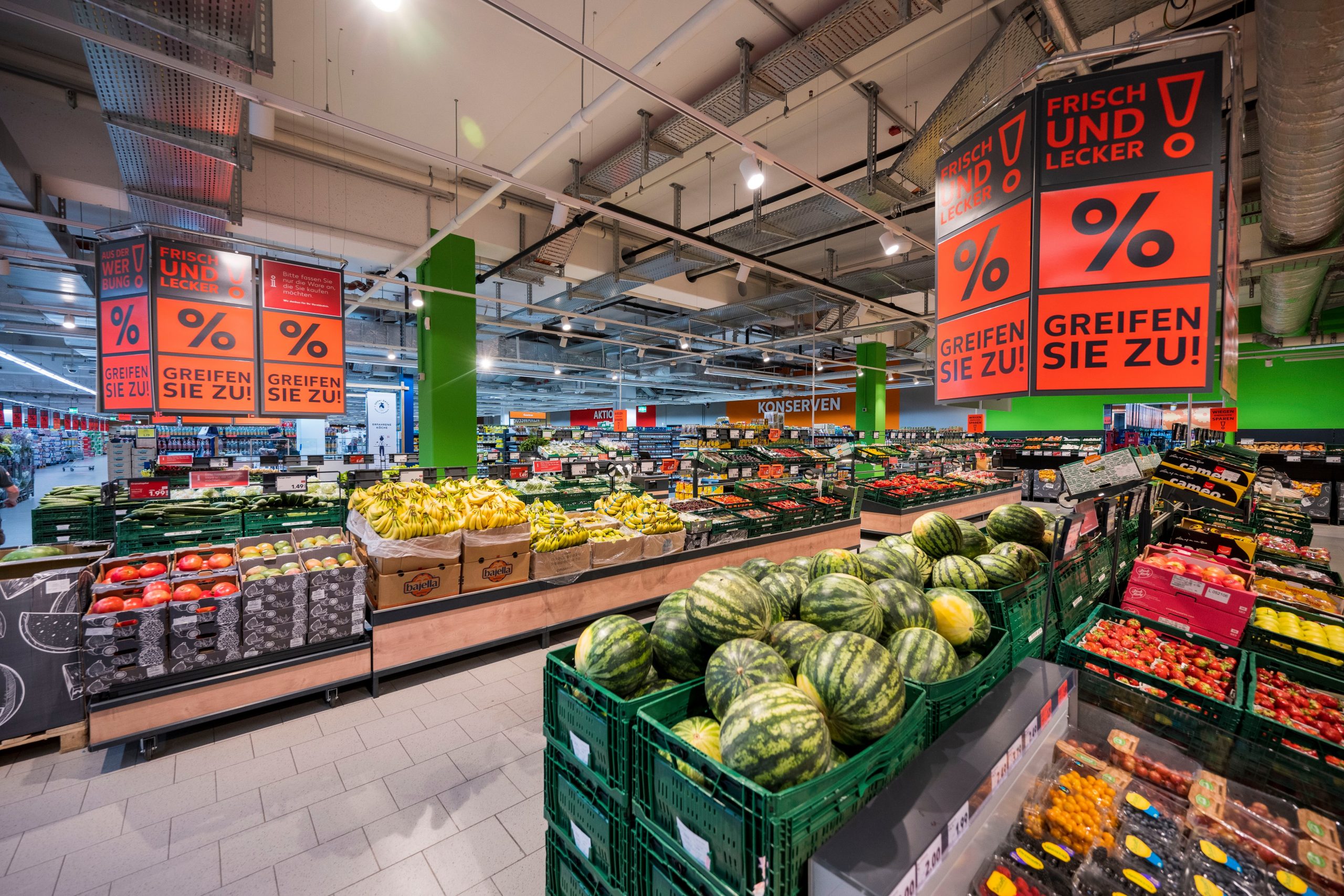 For the 10th year in a row, customers voted Kaufland Supermarket of the Year in 2021. In a survey in which over 94,000 European consumers voted, it stood out for ease of shopping and its prices and product range. Purchasing manager Andreas Schopper says the award reflects the retailer’s daily goal of providing customers with “everything they need for their diet, as well as special indulgence experiences and everyday items. We offer simple shopping that everyone can afford, in modern branches with competent teams.”

In another win for Kaufland, its online marketplace ranked #1 globally in the food and drink/groceries category in the Digital 100 ratings in January by data expert Similarweb. This marks a significant achievement for Kaufland, which made its e-commerce debut only recently, thanks to the pre-existing massive marketplace of real.digital. The latter became part of the Schwarz Group – which owns both Kaufland and German discounter Lidl – in October 2020 and was fully integrated into the kaufland.de website in April 2021. While the product range focuses on non-food business, the move converted Kaufland into a more omnichannel retailer. And on February 1 this year, Kaufland said that in the last 12 months it had completed the integration of 58 former Real supermarkets under its own banner, 38 of them in cities which now have their first ever Kaufland store.

“Our company is committed to regional agriculture, … conscious nutrition and the preservation of natural habitats.” – Robert Pudelko, head of Sustainable Purchasing, Kaufland Germany

With German consumer interest in sustainability and meat-alternatives among Europe’s highest, Kaufland announced in June 2021 the entire range of vegan and vegetarian food sold under its ‘K-take it veggie’ own brand, as well as the reusable plastic bags in Kaufland stores, are now climate-neutral. It is also steadily expanding its climate-neutral range, which consists of products for which the CO2 emissions are recorded and reduced as far as possible, with unavoidable emissions offset by investment in climate protection projects. The range gives Kaufland customers “the opportunity to actively participate in climate protection,” said Lavinia Ahmad, Kaufland’s head of Carbon Removal.

A pledge to slash emissions by 80%

At a wider level, the Schwarz Group has a climate strategy in line with the Paris climate agreement and includes goals such as reducing its operational emissions (Scope 1 and 2) by 55% by 2030 compared to 2019 via measures such as obtaining all its electricity from renewable energy sources. (Kaufland and Lidl have set themselves the goal of reducing their operational greenhouse gas emissions by 80% over the same period.) But given most of the group’s CO2 footprint derives from the manufacturing of products, it is also requiring suppliers to reduce their emissions – quite a challenge when Kaufland branches offer an average of 30,000 items (with over 400 types of fruit and vegetables), many sourced via a complex and global supply chain. Also last August, Kaufland became one of the first major German customers to use DHL’s GoGreen Plus service for all full container load sea cargo transports, thereby reducing its CO2 emissions by about 12,000 tons CO2e TtW annually. “Our company is committed to regional agriculture, responsible and animal-friendly production and husbandry, conscious nutrition and the preservation of natural habitats. We work every day on the consistent implementation of our ambitious sustainability goals,” Robert Pudelko, head of Sustainable Purchasing, said last year.

With 500,000 employees in 33 different countries, the Schwarz Group is among the top retailers in the world and one of Europe’s top food retail companies.

Its food retail operations include Lidl and Kaufland, with a combined total of 12,900-plus stores in 33 nations.

It is also active in food production with Schwarz Produktion and in environmental services with PreZero.