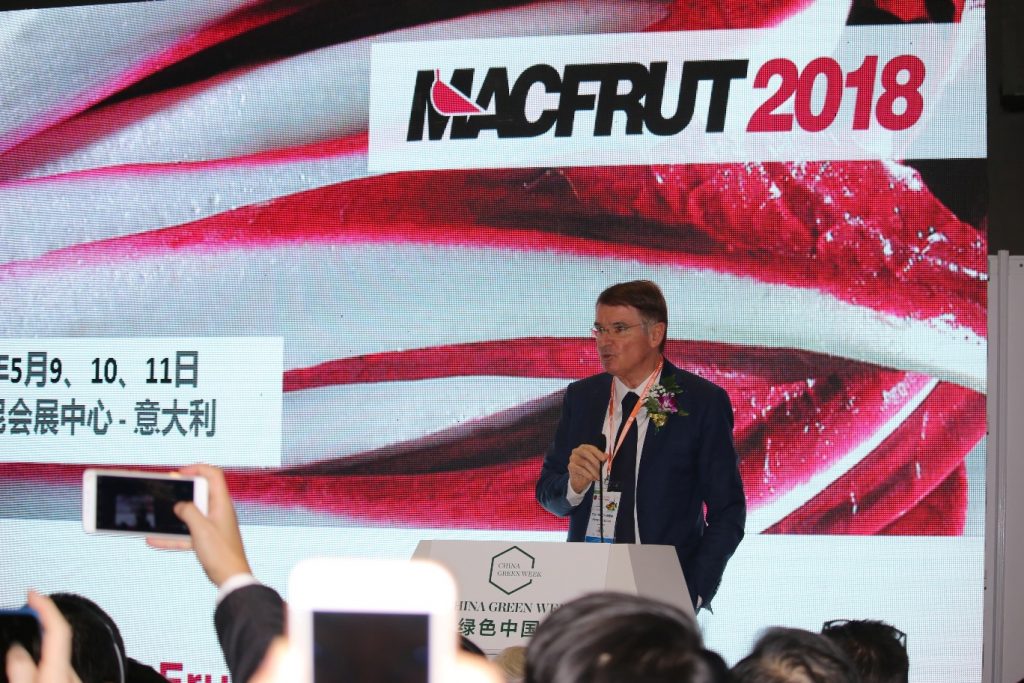 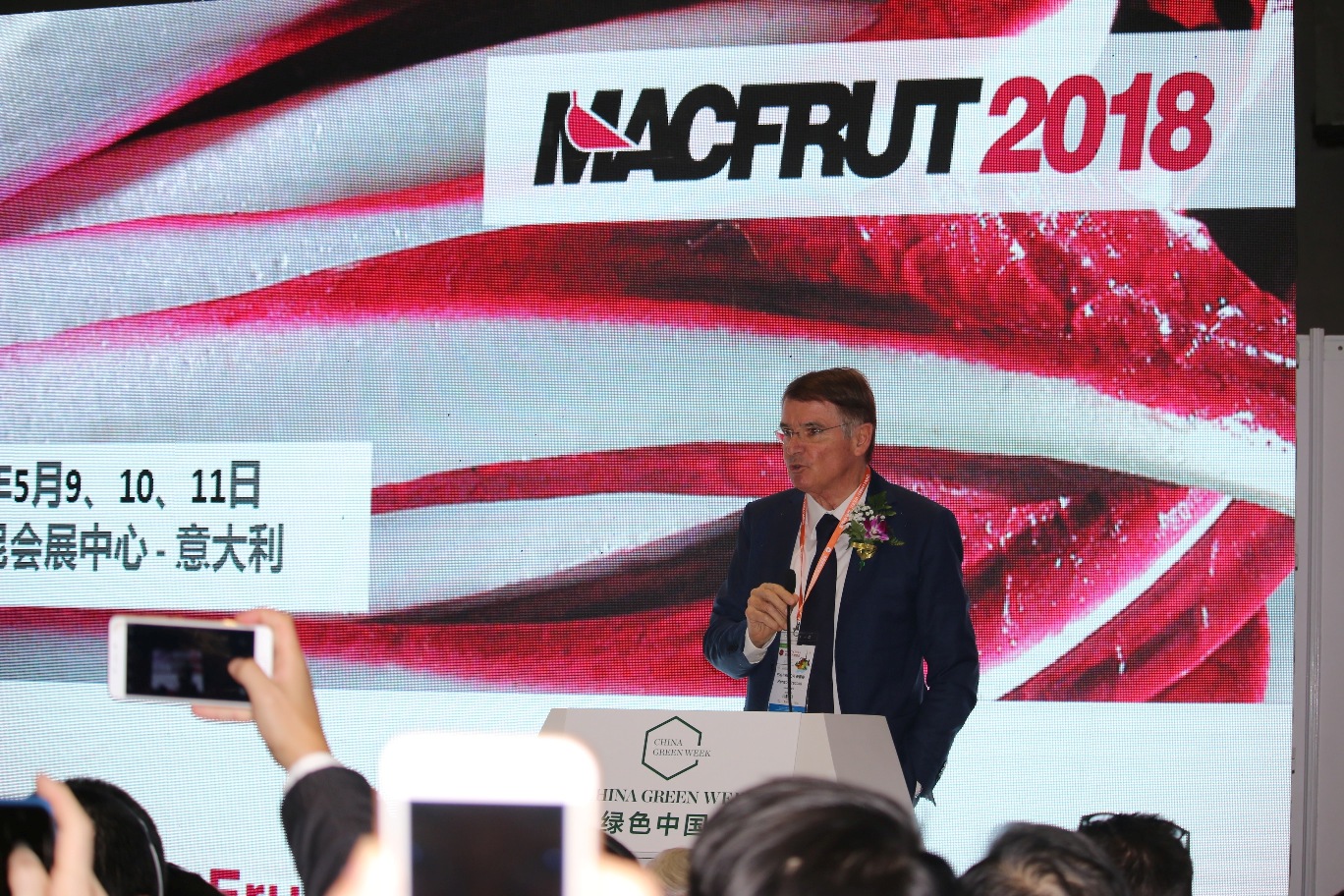 Mrs. Simona Caselli, Assessor for Agriculture of Emilia Romagna, along with Mr. Stefano Bonaccini, President of Emilia Romagna, spoke on the trade position of Emilia Romagna region’s high-quality wines, fruit and other agricultural crops. Furthermore, they hope to share Italy’s long history of opera and art, in addition to its fine food and wines, with Chinese traders and consumers.

President of CSO Italy, Mr. Paolo Bruni, addressed the current state of Italy’s fruit and vegetable production and exports. He noted that the richness of Italian products is as well-known as Italian culture. For example, Italy is Europe’s number one fresh apple producer; a total of 23 million tons of apples were grown last year of which 45% were exported. Moreover, Italy is famous for its world-leading kiwifruits as well—Italian kiwifruit exports to China have increased from 1,012 tons to 10,580 tons between 2010 and 2016. According to Mr. Paolo Bruni, in addition to a 2017 protocol, which approves Italian citrus fruits for Chinese market access, Italian pears is expected to gain market access to China in the future.

Italian produce and food industries hold multiple annual-exhibitions that forge platforms for negotiations and discussions. The most distinguished of these exhibitions are Macfrut and CIBUS. President of Macfrut, Mr. Renzo Piraccini, and CIBUS representative Marcella Pedroni were at the event where they both enthusiastically recommended these two Italian conventions. Mr. Renzo Piraccini announced that they would invite 50 Chinese buyers for the two exhibitions to be held during the second week of May in 2018 (CIBUS, 7-10 May, Parma – Macfrut, 9-11 May, Rimini) – travel and hotel expenses will be covered as well as additional accommodations including visits to major enterprises in Emilia Romagna.

The press conference occurred during “China Green Week”, an effort among VNU Exhibitions, IFEMA, Cesena Fiera, and Tfresh China that organized a series of fresh produce forums, events, and trade shows. Mac Fruit Attraction China took place within Horti Fresh China, which aims to be the country’s largest B2B fruit and vegetable event by creating a venue where producers and distributors of fresh fruit and vegetables from around the globe can meet with Chinese operators. More than 30 exhibitors attended including a CSO-led pavilion with Italian fruit exporters under “Freshness from Europe” program, one “China Pack Pavilion” that incorporated Italian equipment suppliers, and one “Fruit Attraction Pavilion” of Spanish fruit exporters. Beyond just being an exhibitor at the show, the Italian Trade Commission in Shanghai also extended tremendous support to the press conference and entire Italian delegation.

“I am very satisfied with this partnership,” stated Mr. Renzo Piraccini, the president of Macfrut, “as it provides the opportunity for an expansion in the great Chinese market. This project represents yet another step forward in our strategy to support the internationalization of the Italian fruit and vegetable sector.”

The next appointment is at Macfrut, from 9 to 11 May 2018 in Rimini/Italy. In this year edition the international fresh produce show attracted 1,100 exhibitors and 39,000 visitors from all over the world, interested in knowing the last novelties of the fresh produce industry, with a focus on post-harvest machineries.