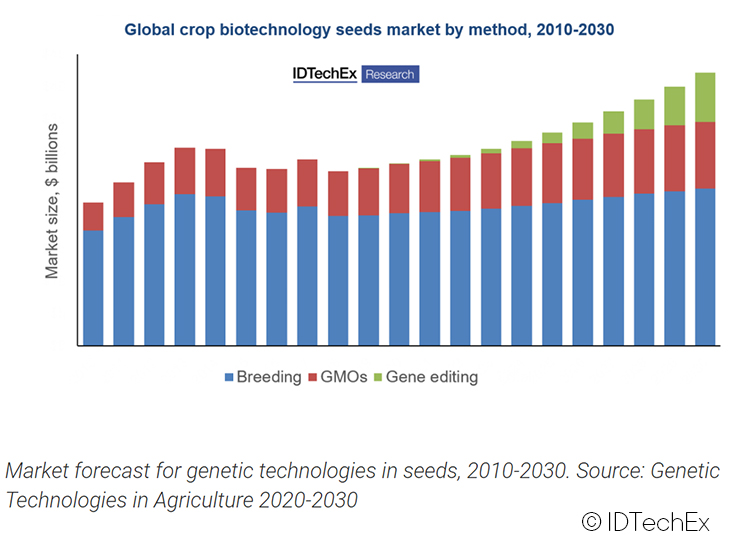 Genetically modified (GM) crops are unpopular. Despite their vast potential to help improve global food security while reducing pesticide use, many countries are extremely resistant to planting GM crops, with 85% of global GM agricultural land coming from just four countries: the US, Brazil, Argentina and Canada. Where they have been grown, GM crops have been very successful, to the point where more than 90% of the soybean, corn and cotton crops grown in the US are GM. A 2014 meta-analysis found that an average farm can increase yields by 22%, reduce chemical pesticide use by 37% and increase farmer profits by 68%. Despite this, difficult regulations and consumer hostility have meant that growth in GM crops has been stagnant for much of the last decade, with companies instead turning their attention to gene editing in crops.

GM crops remain hugely controversial, to the point where (former) GM giant Monsanto is a synonym for corporate evil to many consumers. Gene editing could be set to become the next revolution in agriculture, allowing the precise editing of specific genes without introducing foreign DNA into the final crop. However, for it to truly become a game-changing technology, developers will need to avoid making the same mistakes that were made with GM crops in the 1990s.

A consistent mistake that the industry made was relying on the science to try and persuade the public while neglecting the emotional aspects of the debate. When Monsanto attempted to introduce its glyphosate-resistant soybeans in Europe in the 1990s, it attempted to brush off criticism, leading to a war of words with environmental groups. Here, the environmental groups had the upper hand, capitalising on the public’s fear of the unknown, especially in relation to emotional triggers of personal health and safety, something that continues today. Additionally, its approach to protecting its IP – suing farmers for violating terms of service – drew intense criticism from consumers who viewed seeds as being part of the natural world that belongs to everybody.

Successfully commercialising gene-edited seeds will require a careful approach. This will require a meaningful dialogue with consumers, addressing the wider emotional concerns around GMOs whilst also engaging in efforts to educate the public around the technology and improve wider scientific literacy. However, navigating this space in an open and inclusive manner while also protecting IP and investments could be a serious challenge.