Add
GLOBALG.A.P. has decided to postpone the launch of version 6 of the Integrated Farm Assurance (IFA) Standard until 2022 in light of the ongoing pandemic.
Thu 14/01/2021 by Richard Wilkinson 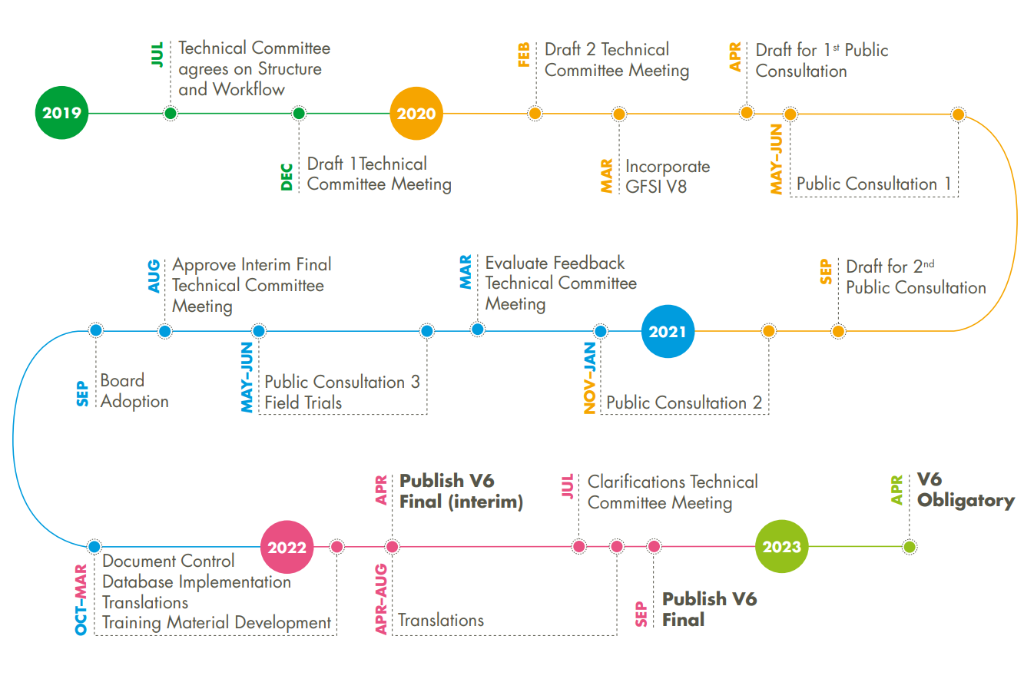 Workflow of the new version of the Integrated Farm Assurance Standard

Workflow of the new version of the Integrated Farm Assurance Standard