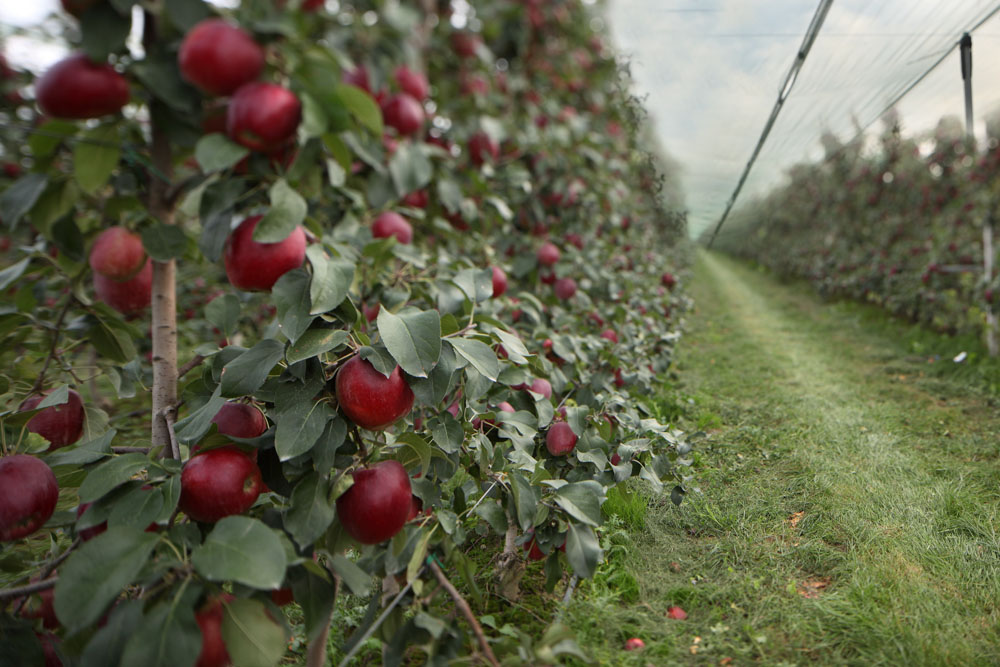 In 2017/18 the world’s production of apples is projected to fall by 2.6 million tons to 76.2 million due to unseasonable freezes in the EU more not being offset by gains in China. These losses are expected to lower consumption to 64.6 million tons and affect both exports and imports. China’s production is expected to continue increasing, rising 600,000 tons to 44.5 million, thanks to gains in western provinces more than offsetting the losses for drought in the north of the country. As consumption is flat, the increased output will be used for processed product, up 600,000 tons to 5.0 million.  With China’s top market, India, temporarily blocking Chinese apple imports, exports are expected to fall by 180,000 tons to 1.2 million.

EU production is forecast to hit its lowest level since 2007, dropping 20% to 10.0 million tons.  Early flowering in March coupled with a severe April frost and prolonged high temperatures in July lowered production and fruit quality throughout the EU, especially in top growers Poland and Italy.  Exports are projected to slump by one-third to 1.0 million tons, while imports are expected to rocket 42% to 600,000 tons to meet the shortfall in supply.

US production is projected to fall by 260,000 tons to 4.7 million mainly as a result of frosts during flowering in Michigan as well as the lower output of the western states, including Washington.  Despite lower production levels, exports are expected to rise slightly, to 890,000 tons, with increased demand from India. Imports should remain nearly even at 175,000 tons, mainly from Chile.

Chile’s production should rise slightly, by 50,000 tons to 1.4 million. However, in the O’Higgins region, producers are switching to more profitable cherry and walnut crops, with apple production moving to the southern regions of Biobio and Araucania, where temperatures and rainfall have become more conducive to apple growing. Modest growth in exports, up to 780,000 tons, is expected thanks to higher demand from the EU.