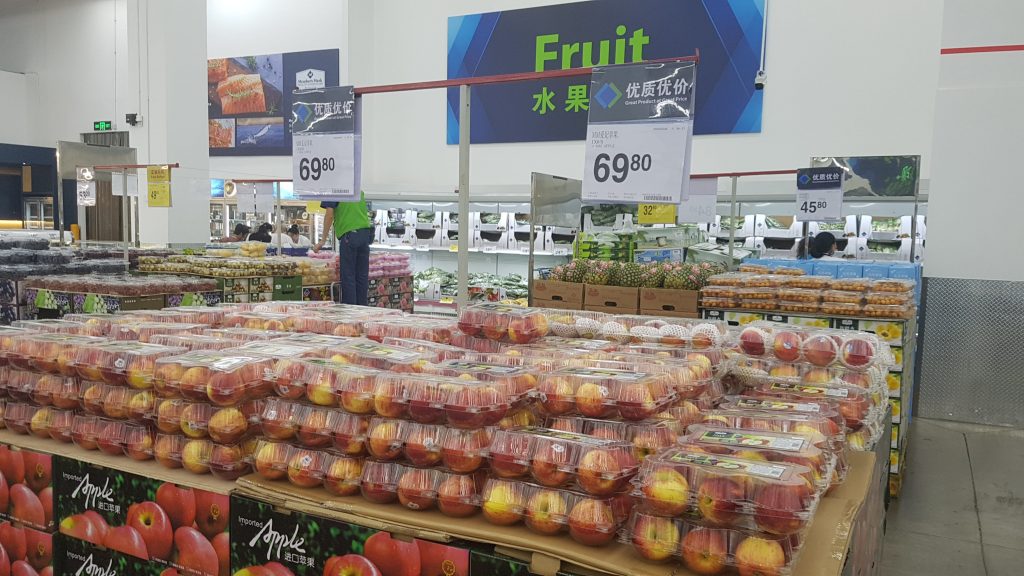 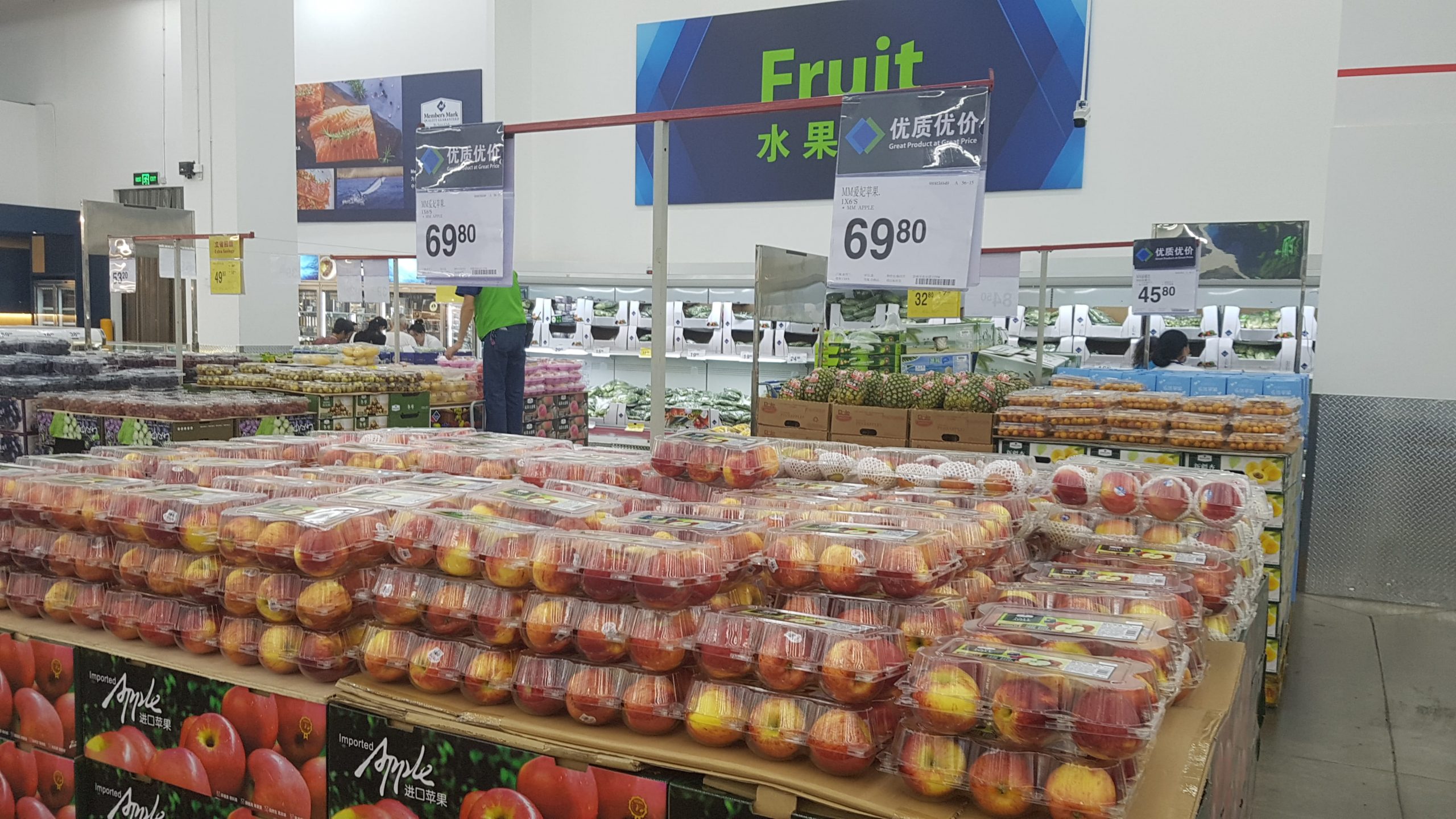 Apples are among Chinese consumers’ favourite fruits, with per capita consumption higher than in most countries. Nevertheless, relatively little growth has been seen in recent years. The COVID-19 outbreak disrupted sales of apples held in storage, which resulted in 2.5 million tons of apple stocks at the beginning of 2020/21.Increasing domestic production has led to an oversupply of traditional varieties. Industry reports indicate that Chinese consumers prefer crunchy apples and are seeking new apple varieties, following the arrival of imports.

China’s apple imports are estimated to drop 23% to 80,000 tons in 2020/21 (July-June) as consumers have less purchasing power. Also, COVID-related disruptions in the first quarter of 2020 hit imports and have made importers cautious. Most apple imports are from the Southern Hemisphere (New Zealand, Chile, and South Africa). 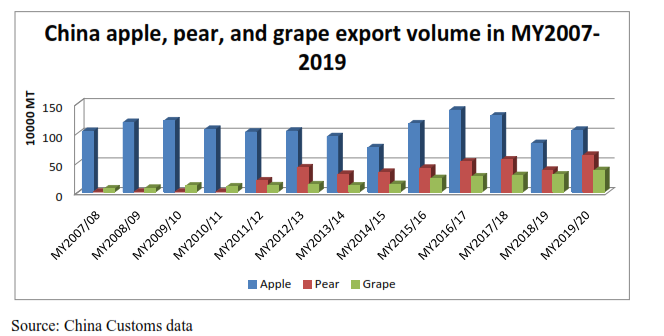 China’s apple exports are expected to increase by 15% to 1.2 million tons in MY 2020/21, despite reduced supplies. China’s exported apples are shipped to Southeast Asian markets that are price sensitive and prefer smaller sized apples.