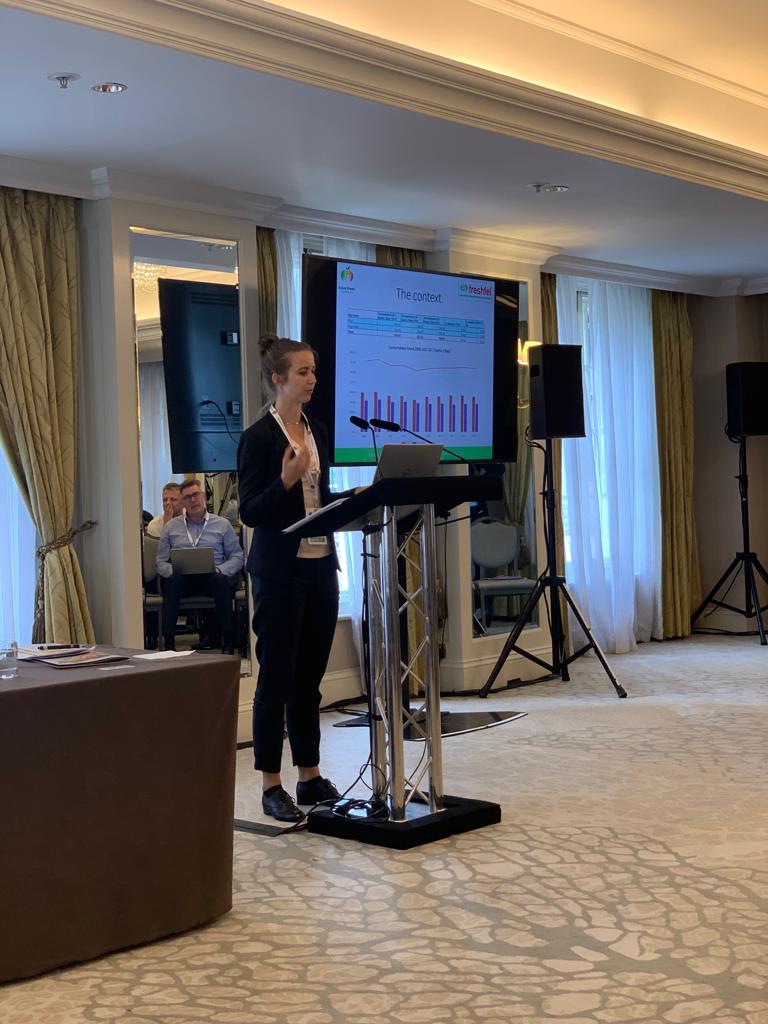 On 5 June 2019 leading fresh produce stakeholders from across Europe gathered at Freshfel Europe’s 2019 Annual Event to analyse the driving forces for opportunities in the current unpredictable business environment for the fresh produce sector. Freshfel Europe members debated a variety of opportunities through promotion and trade initiatives to enhance fruit and vegetable consumption levels and sustain growth in the sector.

The Annual Event showcased Freshfel Europe’s work in paving the way for opportunities in the current unpredictable business environment through promotion and trade initiatives. As part of the Annual Event’s focus on European fruit and vegetable promotion policy and high profile campaigns, Freshfel Europe presented their soon to be launched EU-wide social media campaign Follow me to be Healthy!, a joint campaign with Aprifel funded by the European Commission. Stephan Weist, Freshfel Europe President, affirmed that,

“Today, more than ever, there is a favourable environment to significantly increase fresh produce consumption alongside the changing lifestyles of all European consumers no matter their diet choice. Together as a unified sector we should build on this opportunity and provide consumers with the largest assortment of healthy, quality and tasty produce, which also have high safety assets”.

Freshfel Europe members were inspired by the promotion focused discussions, including consumption findings on sustainable diets from Kantar and the experiences behind the Peas Please and Veg Power campaigns by the Food Foundation.

The joint Fresh Produce Consortium-Freshfel Europe Seminar on Trading with the UK highlighted the role of trade within Europe for the fresh produce sector, which across the EU-28 Member States represents more than 32 million tonnes of fresh produce. Participants were given advice on how to prepare for the EU’s evolving relationship with the UK and generally in regards to the current turbulent global production and trade environment. Salvo Laudani, Freshfel Europe Vice-President, explained that

“Freshfel Europe is carefully monitoring the future trading relationship with the UK, which represents more than 3 million tonnes (10%) of intra EU trade. The sector is still confronted with the consequences of the Russian and Algerian embargoes and we are adamant that all opportunities are explored to boost intra EU trade and exports to third countries”.

“Our annual Activity Report gives a glimpse into the wide diversity of issues covered by Freshfel Europe for the benefit of all fresh fruit and vegetables and the entire European supply chain, from production through to the different segments of trade and retail throughout Europe. Freshfel Europe’s positive agenda highlights the high quality and safety as well as sustainable assets of all fresh fruit and vegetables supplied to consumers throughout Europe. Only through growth can we achieve European consumer confidence and satisfaction”.